“We rejected a play out of a national playbook that just had no place in Louisiana,” said Governor Edwards. 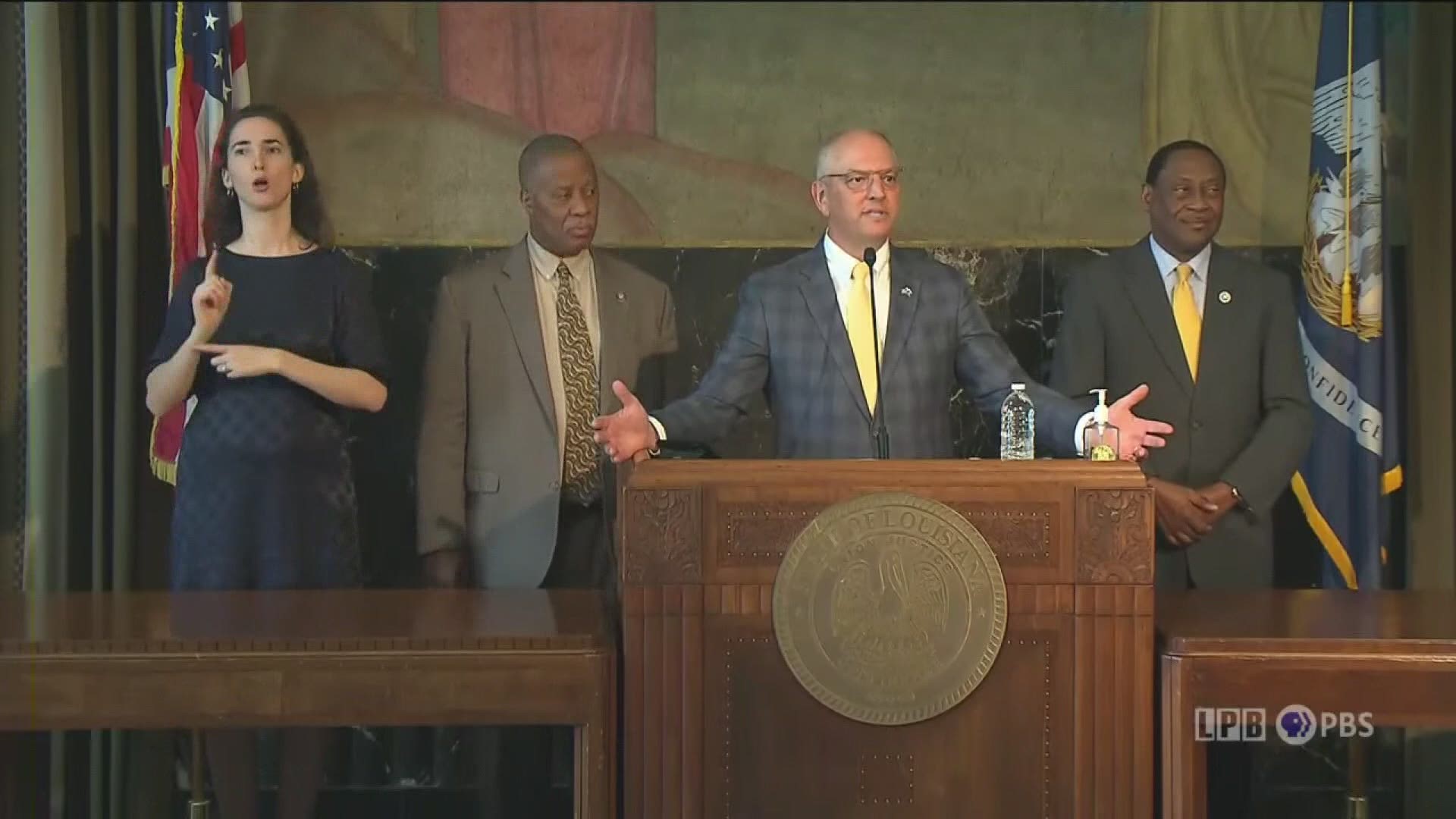 BATON ROUGE, La. — Following the close of Louisiana’s first-ever veto session in which state Republicans failed to override any of the 28 vetoes issued by Governor John Bel Edwards, the governor didn’t so much wag his finger. He certainly pointed it at the Republicans orchestrated the session.

“I’m not here because I wanted to be here. This session didn’t happen because I asked for it,” said Governor Edwards at a news conference shortly after the session convened on Wednesday.

“The governor is a big winner. The Republican leadership are big losers. They thought they had the votes, and they didn’t,” said Dubos.

Dubos said the veto session was, not surprisingly, all about partisan politics and what he called “red meat” issues. There was a bill that would’ve lessened requirements for people to carry concealed guns.

That drew strong opposition from Louisiana’s law enforcement community, but it was Senator Beth Mizell’s bill to block transgender athletes from competing on girl's teams in schools that drew the most media and political attention.

“This bill is about one thing. It’s saying that a biological woman has the right to compete in sports against a biological woman. It couldn’t be more simple than that,” said Senator Mizell, R-Franklinton, as she explained the purpose of the bill in the face of mounting opposition from Democrats and corporate interests.

As simple as Senator Mizell wanted the bill to be, the arguments around it got complicated. Most Louisiana Democrats pointed out no trans athlete has even tried to play on a girls team in the state. They said the bill was a solution looking for a problem. Other red states have passed similar laws. Unlike them, Louisiana is led by the only Democrat serving as governor in the deep south.

“We rejected a play out of a national playbook that just had no place in Louisiana,” said Governor Edwards.

Dubos said rest assured there will be more partisan showdowns, but he says Edwards has displayed he’s got enough influence to check the Republican majority.

“This doesn’t turn things upside down. Republicans still hold a sizeable majority, but they don’t have enough of a majority to run wild with their social issues and red meat issues,” said Dubos.

Specifically for the transgender sports bill, economics collided with politics. Many in the local business community felt that if the bill became law, the state would lose events and money.

“Especially the hospitality industry when they outlined the economic ramifications. It just wasn’t losing the Final Four, which alone is a $170 million economic impact, but other conventions and corporations that were just not going to come here or corporations that are here and would threaten to leave,” said Dubos.

The speaker of the Louisiana House of Representatives says veto sessions should become part of the norm from now on. He added that Republicans plan to revive the transgender sports bill next year.

Governor Edwards said the controversy around the trans sports bill took focus away from real issues, like the increasing cases of COVID-19 in the state.

“The people who are getting infected, going to the hospital and dying. Unfortunately, that’s been squeezed out of the conversation as well,” said Edwards.

The governor is planning a Friday news conference to address the latest challenge in the pandemic. As we’ve seen for more than a year, that too is mired in partisan politics.