Fake News? Can you believe what you see?

A recent study by the Pew Research Center found 43% of American adults got their political news from internet-based sources, 18% from social media. 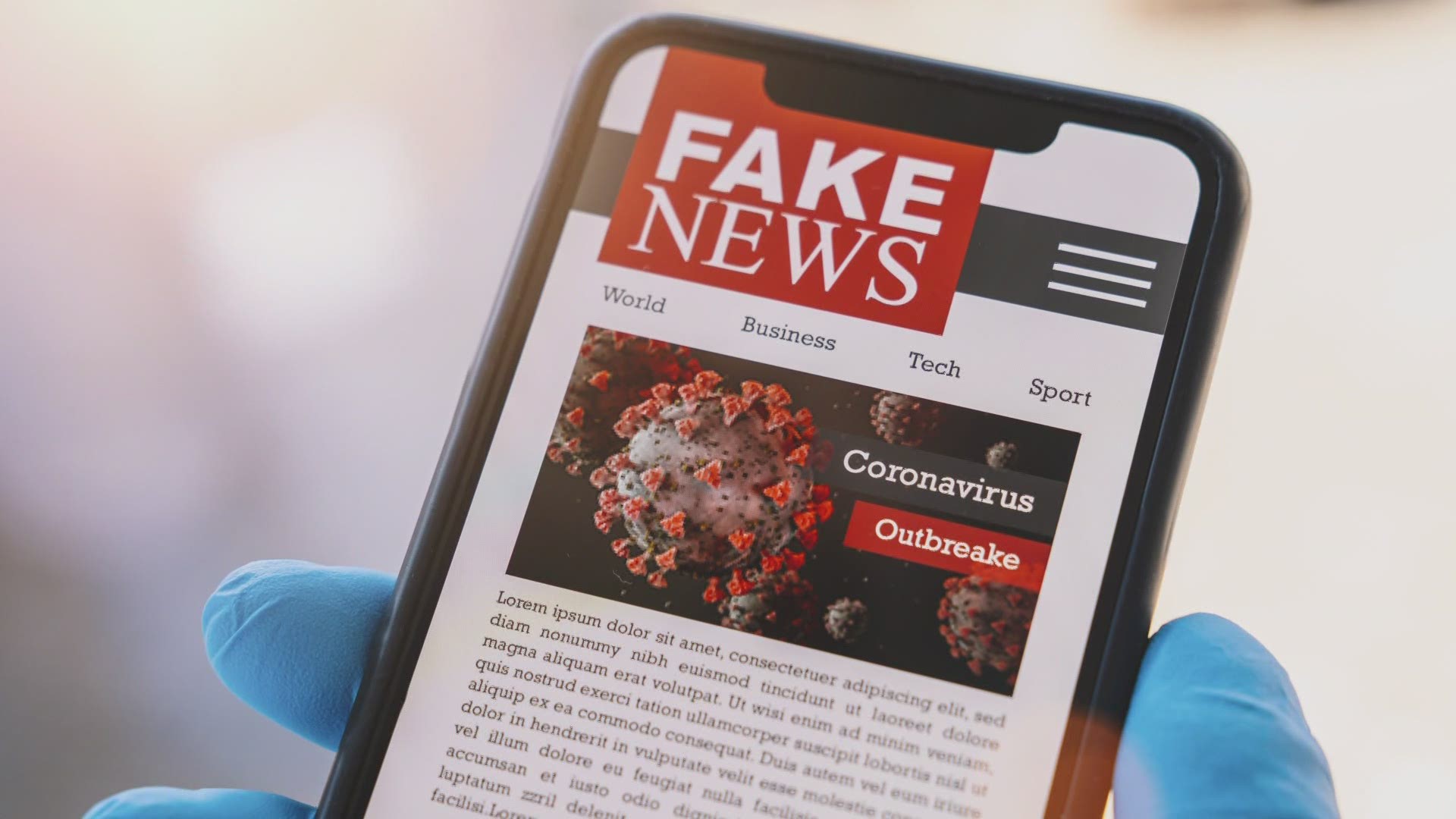 NEW ORLEANS — Remember when our choices for news boiled down to tv, newspapers or radio? The internet changed all of that. A recent study by the Pew Research Center found 43% of American adults got their political news from internet-based sources, 18% from social media. That number will likely grow. The Pew Research study also found that the people who rely mostly on social media for the news were less likely to pay attention to news about the pandemic.

Phillips is an associate professor at Loyola University. Her areas of concentration include accuracy in media. She says many of us can fall for fake news because it often sounds familiar, usually heard in our social network.

“They’ve heard it before and as soon as they hear it a second time it’s like oh, that rings a bell, I think that’s correct, I heard that before,” said Phillips.

Sharing a post can multiply quickly on social media. The result can be like what Ochsner is seeing. About half of Ochsner health care workers declined the COVID vaccine because they believed an internet rumor the vaccine could affect fertility. This happened despite efforts to give the workers facts based in science.

RELATED: Retired Rouses CEO on attending Trump rally: I'd take it back if I could

“We had physicians talk to them, we’ve had their colleagues that have gotten vaccinated. we’ve done videos,” said Warner Thomas, President and CEO of Ochsner.

As medical reporter Meg Farris told us this week, doctors say there is no evidence of the COVID vaccine affecting fertility. Following the riot at the U.S. Capitol many outlets shut down accounts that promoted conspiracies and extremism. Some say the move came too late.

“The mob was fed lies. They were provoked by the president and other powerful people,” Republican Minority Leader Mitch McConnell recently said before the U.S. Senate.

Before believing or sharing a certain bit of news, Phillips suggests you ask yourself some basic questions.

With so much information at our disposal, Phillips says it requires work to know what information you should dispose of.