“I think there’s going to be a reckoning in 2022 and ’24 and we’ll see where the country moves forward from there." 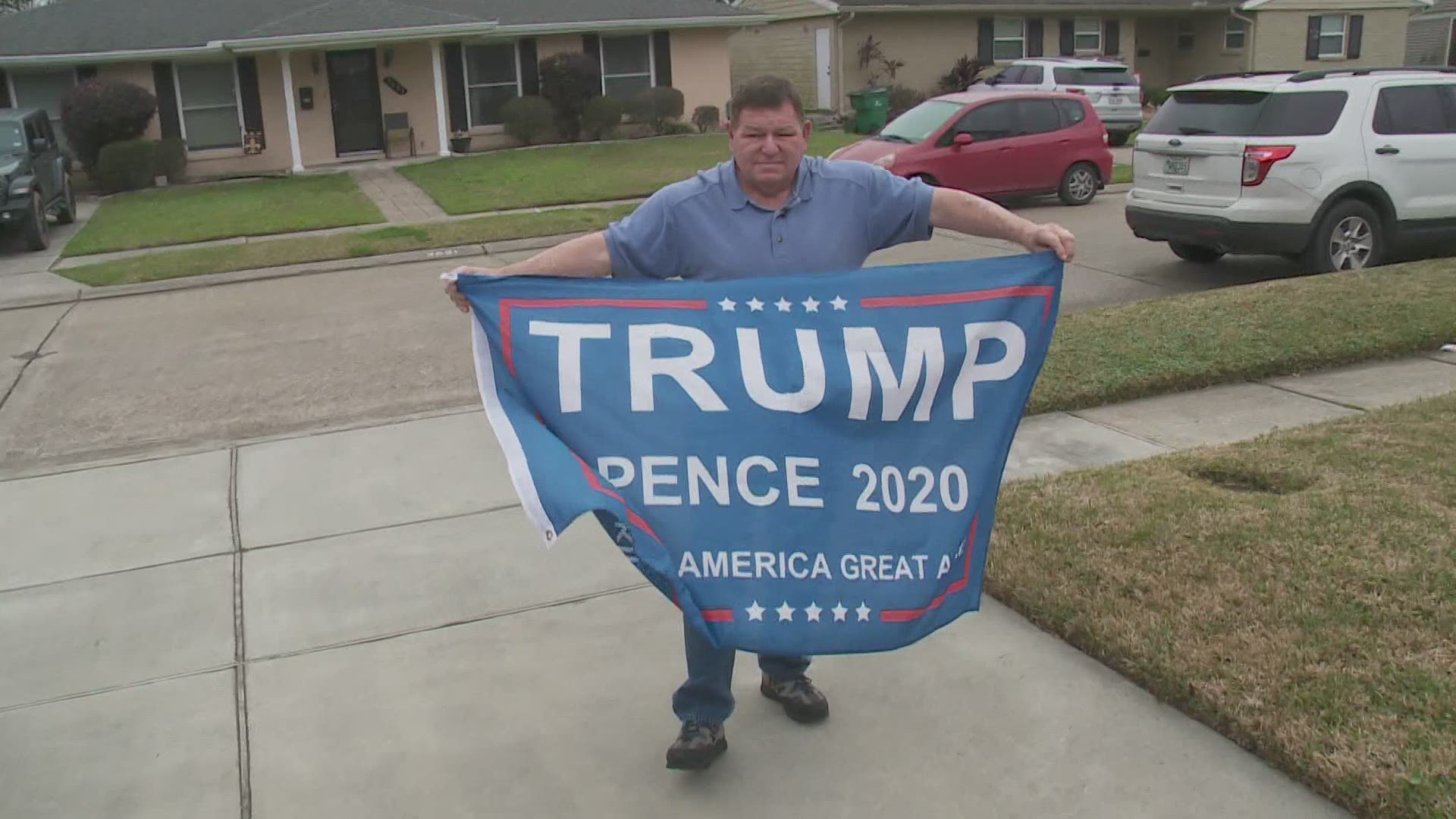 NEW ORLEANS — Until recently, Craig Brennan flew a Trump flag above his home.

“It was ripped and he’s not president officially,” Brennan said. “I just thought it was time to put it back and put the American flag up and take the Trump flag down for now.”

Make no mistake though, Brennan still backs Donald Trump. He expected republican Louisiana Senator Bill Cassidy to do the same during the impeachment trial.

Cassidy is among only seven republicans who voted to impeach.

“Our country and our constitution are more important than any one person,” Cassidy said after the vote. “I voted to convict President Trump because he is guilty.”

Soon after Trump’s acquittal, the executive committee of the Louisiana GOP censured Cassidy. A mostly symbolic move, but one that’s been taken against other Republicans who voted against the former president.

While Senate Minority Leader Mitch McConnell voted to acquit, he said Trump is practically and morally responsible for the capitol riot. For that, the former president called him an “unsmiling political hack.”

“I think there’s going to be a reckoning in 2022 and ’24 and we’ll see where the country moves forward from there,” long-time Louisiana GOP official Roger Villere said.

Villere says the state Republicans are overwhelmingly pro-Trump and Republicans in office or hoping to get elected must understand that.

Political scientist Ed Chervenak says that “the Republican party has become more of a cult, than a political party and the primary principal is whether you are loyal to Donald Trump or not.”

Brennan believes in the MAGA movement, but he also believes the in-fighting doesn’t help the GOP’s cause.

For now, the fractures in the GOP appear to be self-inflicted.

While certain members of the GOP are feuding, there seems to be consensus among most Republican voters. A recent poll by Quinnipiac University found 75 percent of Republicans said that want former President Trump to play a prominent role in the party.