Their letter asks the company to read the bill, and requests all Coke products be removed from their shared office suite. 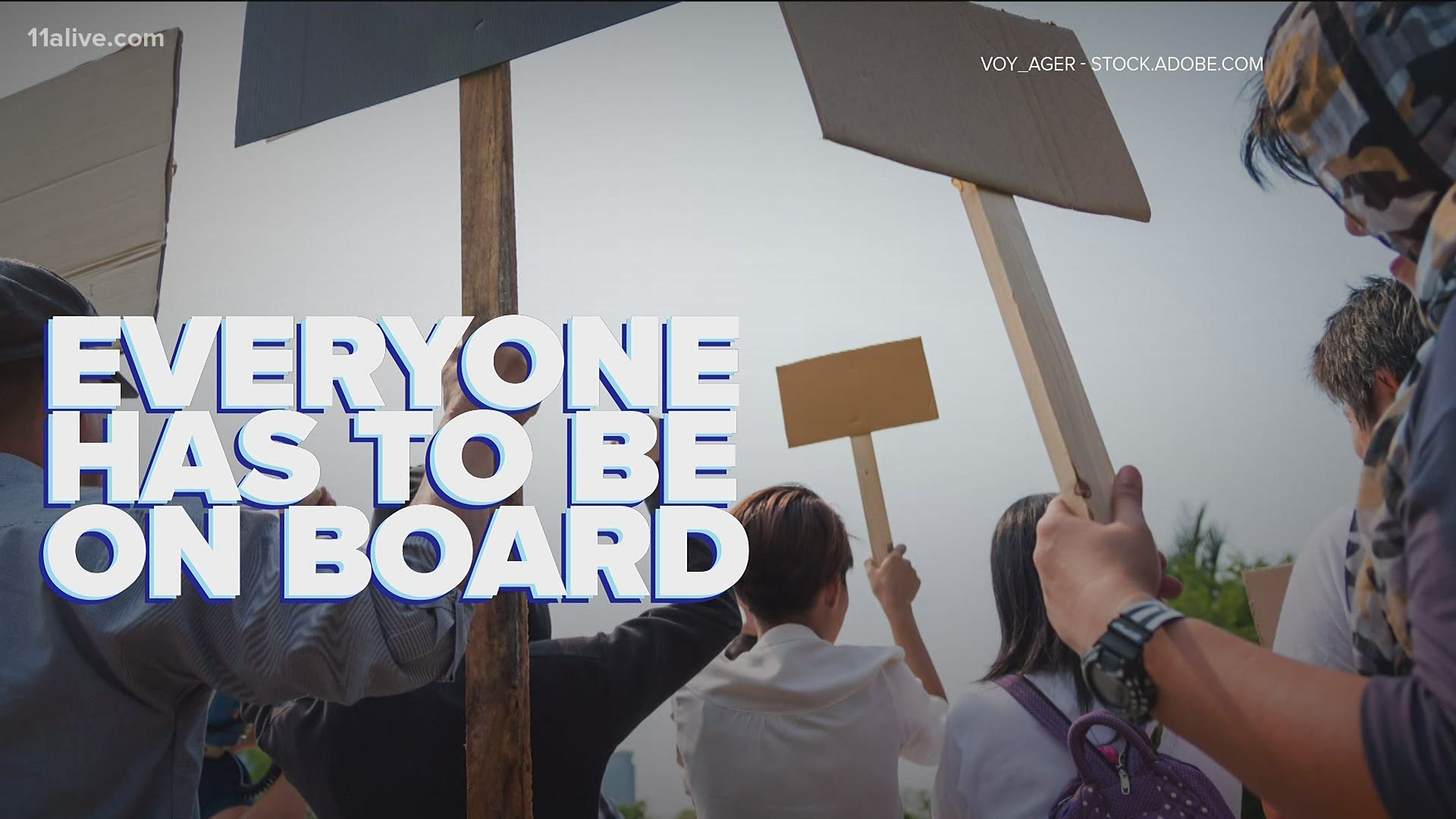 ATLANTA — Some of Georgia’s GOP legislators are now seeking the removal of all Coca-Cola Company products from their office suite.

According to a letter sent to Coca-Cola by the ‘House Members of Suite 612 CLOB,’ it’s because of the company’s response to the passage of a controversial election law, SB 202.

"Your company has made the conscious decision to perpetuate a national dialogue which seeks to intentionally mislead the citizens of Georgia and deepen a divide in our great State,” says the letter.

It concludes by asking the company to read the bill, and requests all products be removed from their shared suite.

“Given Coke’s choice to cave to the pressure of an out of control cancel culture, we respectfully request all Coca-Cola company products be removed from our office suit immediately,” says the letter.

Coca-Cola put out a statement before the removal request and shortly after the law was passed, which you can read in full below:

“We believe voting is a foundational right in American and access should be broad-based and inclusive.

Throughout the legislative session, we have been active with the Metro Atlanta Chamber in expressing our concerns and advocating for positive change in voting legislation. We, along with our business coalition partners, sought improvements that would enhance accessibility, maximize voter participation, maintain election integrity, and serve all Georgians.

We will continue to identify opportunities for engagement and strive for improvements aimed at promoting and protecting the right to vote in our home state and elsewhere.”

The letter from lawmakers also came a day after Major League Baseball announced it would be pulling the MLB All-Star Game and MLB Draft out of Atlanta.

Fallout over that decision has seeped into other states, like Texas, where Governor Greg Abbott said he will no longer be throwing the first pitch at the Rangers home opener and said the state will not try to host future MLB events.

MORE ON THE LAW

SB 202 is part of a wave of GOP-backed election bills introduced across the country after the November election.

The law places new restrictions on voting by mail and greater legislative oversight of elections.

Proponents of the law say it will strengthen the electoral process and help voters have more confidence in the results.

Opponents of the law say it will mostly impact urban counties with more Democrats and have referred to it as 'Jim Crow 2.0.'