Race for JP President a toss up, analyst says

"They both are clean, neither one of them is some sort of a crook," said Eyewitness News Political Analyst Clancy Dubos. 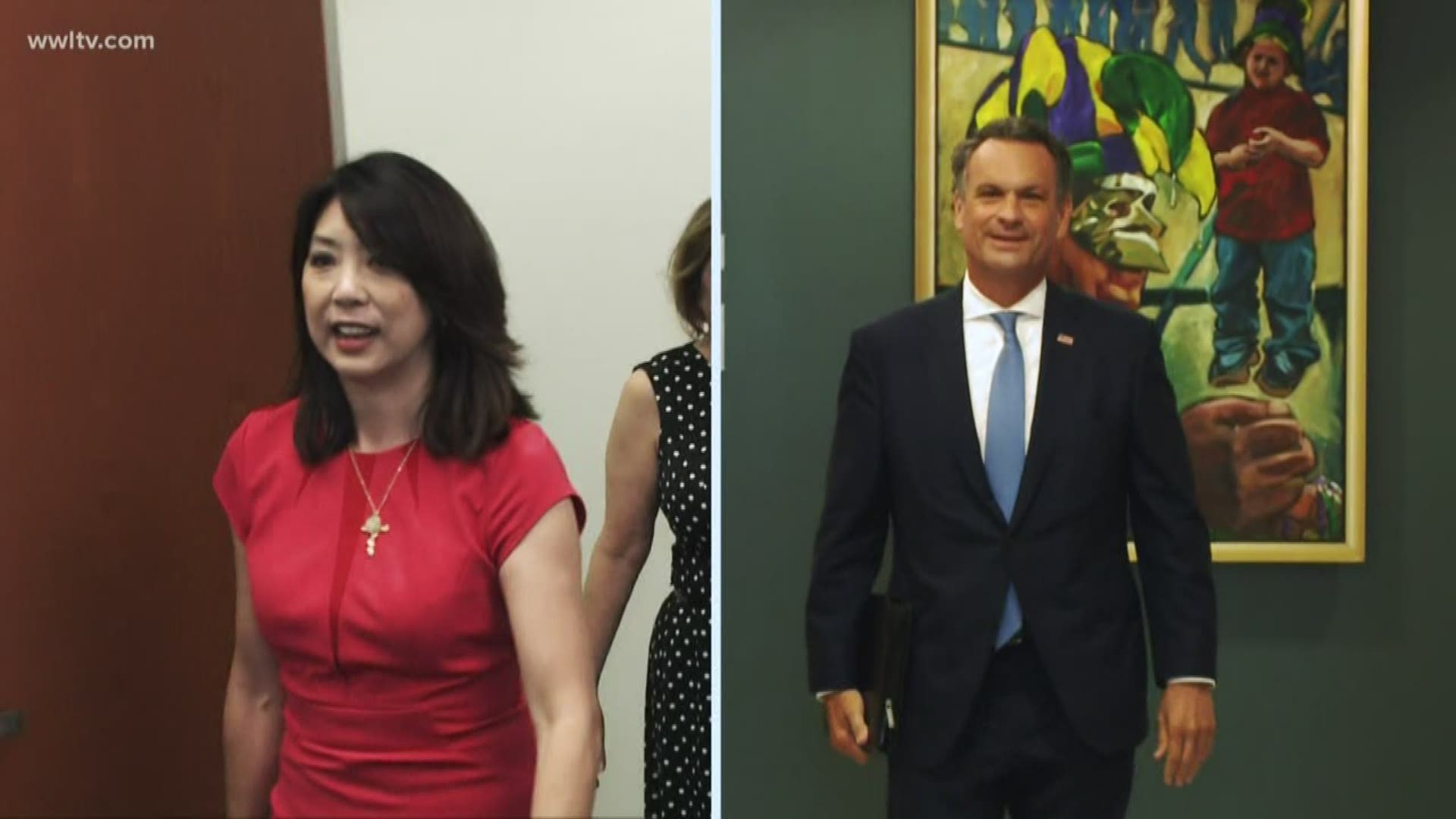 JEFFERSON PARISH, La. — We're roughly three weeks away from election day in Louisiana, and one big race will decide the direction of Jefferson Parish. Two of the candidates in that election are familiar faces to parish residents.

"They both are clean, neither one of them is some sort of a crook," said Eyewitness News Political Analyst Clancy Dubos.

That's not always a guarantee in Louisiana politics, and it hasn't prevented Lee Sheng from going after Young in political ads. One of her ads attacked his time in office.

Here’s a transcript of the voiceover in a portion of that ad:

"Dear John, I gave you my vote nine years ago for parish president. You said I could trust you but then you tried to cover up sexual harassment claims in violation of state public records laws."

It's not the first attack in the race.

“I think her attack ad is really in response to John Young calling her 'Cyanide Cynthia' for voting for the plant across the river," said Dubos.

Young hasn't launched an actual attack ad yet, but an ad earlier this year promoted his previous tenure as parish president.

Here’s a transcript of a portion of that ad.

"I'm John Young. As parish president, I showed we could cover the canals, improve public safety and beautify our neighborhoods."

Like many aspects in life, money matters in politics.  For now, the advantage goes to Lee Sheng.  She has more than $493,000 in hand leading up to the Oct. 12 election.  Young has more than $452,000, but these numbers aren't necessarily an indicator of a winner.

"The person that has the most money doesn't always win," Dubos said. "Look at Eddie Rispone in the governor's race, he's got the most personal money in his own war chest but he's in third place."

But with three weeks before election day, he says the race is a toss-up.

The third candidate in the race is Lee Bonnecarrere. Election day is Oct.12th.