On night two of the DNC, the former president and first lady delivered remarks. 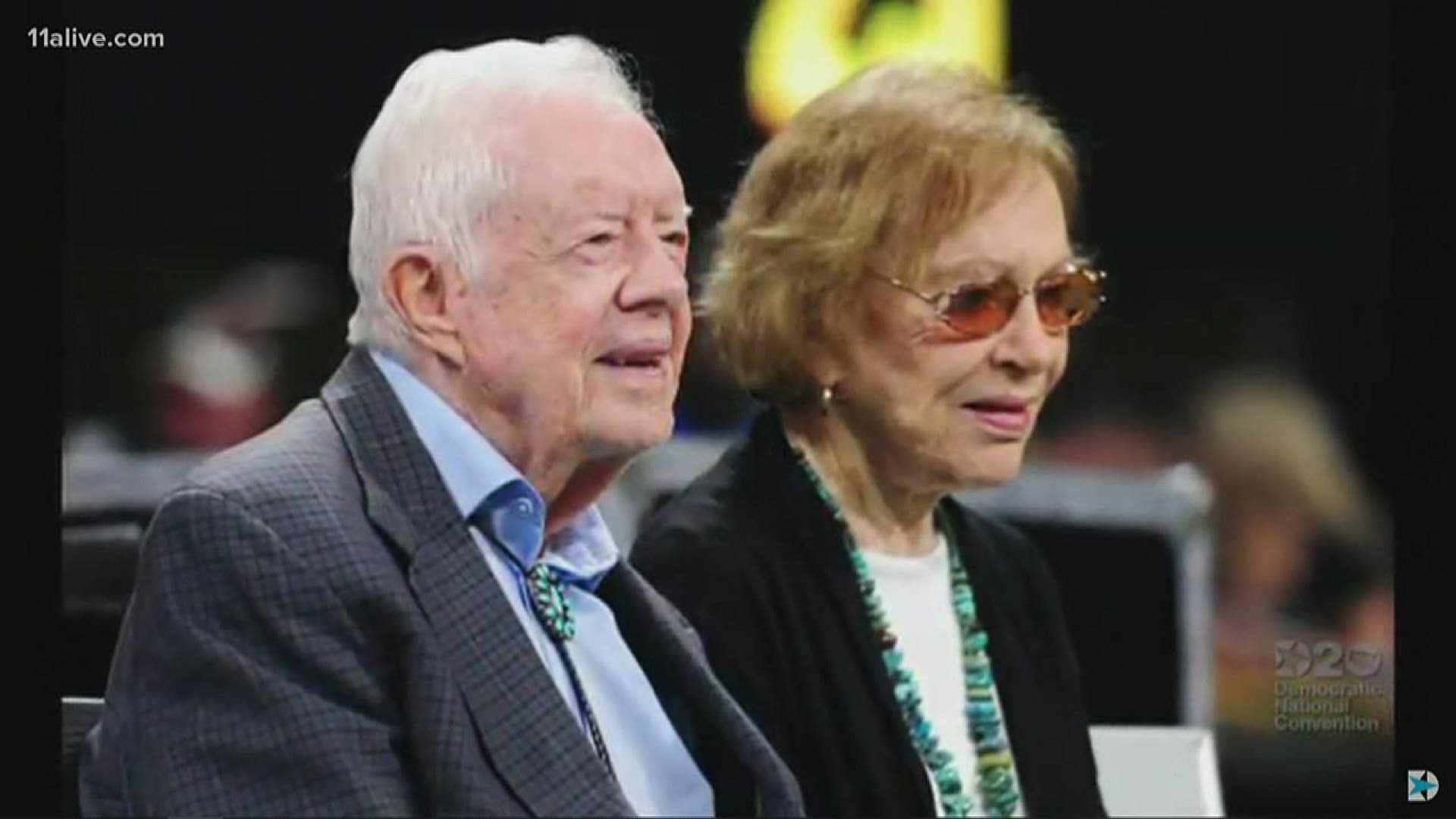 Former President Jimmy Carter and his wife, Rosalynn, were among the list of speakers on the second night of the Democratic National Convention.

It was the first time that Carter, who was the 39th president, spoke at a presidential nominating convention in eight years. He didn't attend the 2016 convention in Philadelphia. He recorded a speech for the 2012 gathering.

Below are the remarks from the Carters.

It’s a great pleasure for Jimmy and me to join you in celebrating our next president of the United States, Joe Biden.

We’ve known and admired Joe and Jill for many years, and most recently have worked with them on tackling the demands faced by the more than 53 million unpaid caregivers in our country who are juggling work and other family responsibilities and putting their own physical and mental health and well-being at risk.

Joe knows well, too well, the sorrows and struggles of being a family caregiver, from Joe’s time as a young widower thrust into single parenthood with a demanding job to he and Jill caring for their own parents and their son Beau at the end of their lives. He knows caregiving is hard even on the good days.

Jill and I also know the challenges of caregiving for those who served in the military and returned with visible and invisible wounds. And we know those caregivers need a leader in the White House. Jimmy and I are voting for Joe because he recognizes the challenges facing our families and has the heart and the talent to make life better for all Americans.

When I ran for president in 1976, Joe Biden was my first and most effective supporter in the Senate. For decades, he has been my loyal and dedicated friend.

Joe has the experience, character, and decency to bring us together and restore America’s greatness. We deserve a person with integrity and judgment, someone who is honest and fair, someone who is committed to what is best for the American people.

Joe is that kind of leader, and he is the right person for this moment in our nation’s history. He understands that honesty and dignity are essential traits that determine not only our vision but our actions. More than ever, that’s what we need.

During these uncertain times, Joe Biden realizes that many American lives can be saved each day with the use of masks and testing, as recommended by our medical experts.

Joe Biden must be our next president.