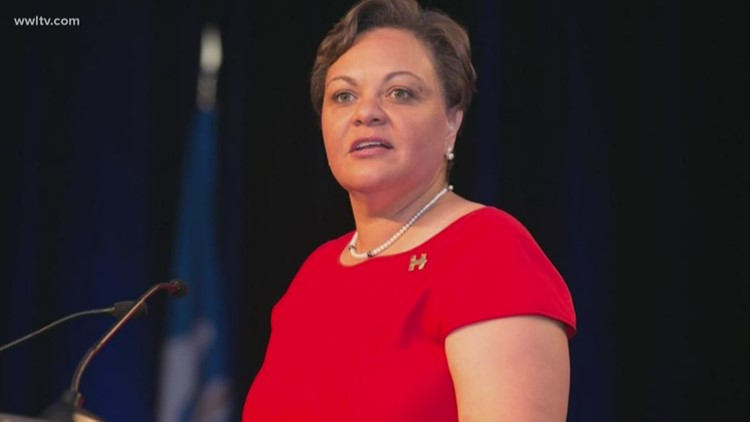 NEW ORLEANS — The Legislature’s top-ranking Democrat will have a challenger for re-election this fall after all.

Sen. Karen Carter Peterson won rulings by judges in Orleans Parish Civil District Court and the 4th Circuit Court of Appeal to disqualify her only opponent, New Orleans attorney Allen H. Borne Jr., over an issue with the paperwork his campaign turned in for election qualifying on Aug. 8.

But the state Supreme Court reversed those decisions Thursday and ordered the clerk to accept Borne as a candidate. Borne believes Peterson’s political connections nearly cost him his candidacy and voters in Senate District 5 -- which covers most of New Orleans from Hollygrove to the 7th Ward, plus a swath of Old Jefferson -- the chance to elect anyone other than Peterson.

“It was a long, drawn-out process but we finally prevailed,” Borne said. “She (Peterson) would have liked to win it in the courtroom rather than letting the people decide on their next senator. Luckily, they will get that chance.”

Borne said he is now scrambling to start a campaign from scratch against one of the most powerful politicians in Louisiana. Peterson’s campaign raised $23,000 last year when she wasn’t running for anything.

Essentially unknown in politics almost 30 years after serving on the Orleans Parish Democratic Executive Committee, Borne said he plans to make an issue out of Peterson’s recently admitted gambling addiction.

WWL-TV broke the story in March that Peterson was issued a misdemeanor citation for being in a Baton Rouge casino. The report caused the senator to acknowledge that she had placed herself on a voluntary exclusion list of “problem gamblers” and has relapsed from time to time.

“Mr. Borne can run his campaign however he chooses,” said Daniel Davillier, a legal adviser to Peterson’s campaign. “And we look forward to a spirited campaign.”

Davillier said the Peterson campaign disagrees with the Supreme Court ruling, but respects the decision. He said the decisions of the lower courts on Aug. 16 and Aug. 22 should have held.

But that’s where Borne believes Peterson benefited from her political power. The 4th Circuit sided with Peterson in a split, 5-4 decision, and the majority opinion was written by Judge Regina Bartholomew Woods, a close Peterson political ally. Peterson was listed as a co-chair of a campaign event for Woods when she ran for the appellate court in 2016.

RELATED: What's next for Karen Carter Peterson after gambling citation?

Another judge on that appellate court, Dale Atkins, also was listed as a co-chair at that event, but Atkins recused herself from ruling on Peterson’s lawsuit challenging Borne’s candidacy.

WWL-TV left a message with Woods’ clerk Thursday asking if she should have recused herself, too, but the judge did not respond.

Peterson challenged Borne’s candidacy because his agent – not Borne – signed the notice of candidacy form that was recorded by a deputy clerk in the office of Criminal Court Clerk Arthur Morrell, who oversees elections in Orleans Parish.

Borne said he was out of town during the three-day candidate qualifying period and the law clearly allows candidates to send agents to file on their behalf, as long as they attest to certain things, such as timely payment of taxes, and pay the $600 filing fee.

Borne’s agent, Paul Bello, testified that he did file a notice of candidacy form that had been signed by Borne, along with an affidavit swearing he had the proper authority to deliver the documents on Borne’s behalf. But a deputy clerk replaced Borne’s original notice of candidacy form with a new one. Bello said the clerk in Morrell’s office corrected the form Borne had signed so it would show his full middle name and his race, even though Borne had decided not to provide those.

In a contentious trial Aug. 16, District Judge Ellen Hazeur wouldn’t let Borne ask Morrell to disclose the name of the deputy clerk so Borne could call that person as a witness. In their opinions favoring Peterson and disqualifying Borne, Hazeur and Woods said they were siding with Peterson in part because Borne failed to prove that the form he had signed was ever filed with that deputy clerk.

But the Supreme Court adopted one of several dissenting opinions by 4th Circuit judges that found the exact opposite – that Peterson never proved that the deputy clerk didn’t receive the form Borne signed.

Judge Joy Cossich Lobrano found that Borne did file a timely notice of candidacy and the deputy clerk violated the law by failing to accept it and replacing it with a new one. Lobrano called the second notice that the deputy clerk created “illegal.”