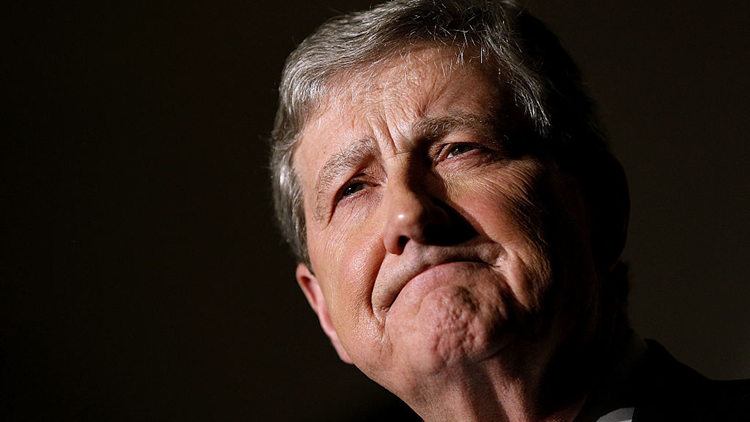 Three of Louisiana's most famous contemporary musical artists said legislation passed by U.S. Sen. John Kennedy will close a loophole that leaves out many of the singers and songwriters who came before them.

Louisiana country artists Trace Adkins and Jordan Davis and blues man Kenny Wayne Shepherd applauded the Senate's passage of the legislation to compensate musicians for use of sound recordings made before Feb. 15, 1972.

Earlier this spring the legendary Smokey Robinson and Dionne Warwick also testified in favor of the legislation during its hearing before the Denate Judiciary Committee.

The Compensating Legacy Artists for their Songs, Service and Important Contributions to Society Act, also known as the CLASSICS Act, will help close a loophole that leaves some older artists out of the federal copyright system.

“Artists who made music, and performed, before February 15, 1972, continue to play a significant role in our country’s culture,” said Kennedy, R-La., in a press release. “My generation grew up listening to these artists’ work, and generations of musicians have been inspired by their talent. These talented musicians deserve recognition and compensation for their immeasurable contributions.”

Currently, federal copyright law does not adequately protect all sound recordings, resulting in confusion, litigation and an unfair playing field for iconic artists in Louisiana and across the U.S.

The CLASSICS Act would acknowledge these artists’ contributions by compensating them when digital radio services use their recordings. The act would bring federal law up to speed with the modern age of music platforms.

“This is a momentous day for recording artists and songwriters and makes the laws much fairer for all of us, including the classic artists who have influenced those of us working today, as well as new songwriters and artists who deserve a future," said Adkins, a Sarepta native who once played football at Louisiana Tech University.

Davis, a Shreveport native, said the legislation "will make a real difference in the lives of songwriters and recording artists."

“It creates a more fair environment for music creators who have been struggling under outdated laws for the digital era," Davis said in a press release. "The

unanimous passage of this bill in the Senate shows what the unifying power of music can do."

Shepherd, a Shreveport native and Grammy nominated artists, said the legislation will fix a wrong.

“As a recording artist for the last 25 years, I feel strongly that all artists should be fairly compensated regardless of the year of their copyrights," he said. "Revenue from all digital audio transmissions should be paid to artists and not exclude those who wrote the music before 1972 that built the foundation of rock and roll.”