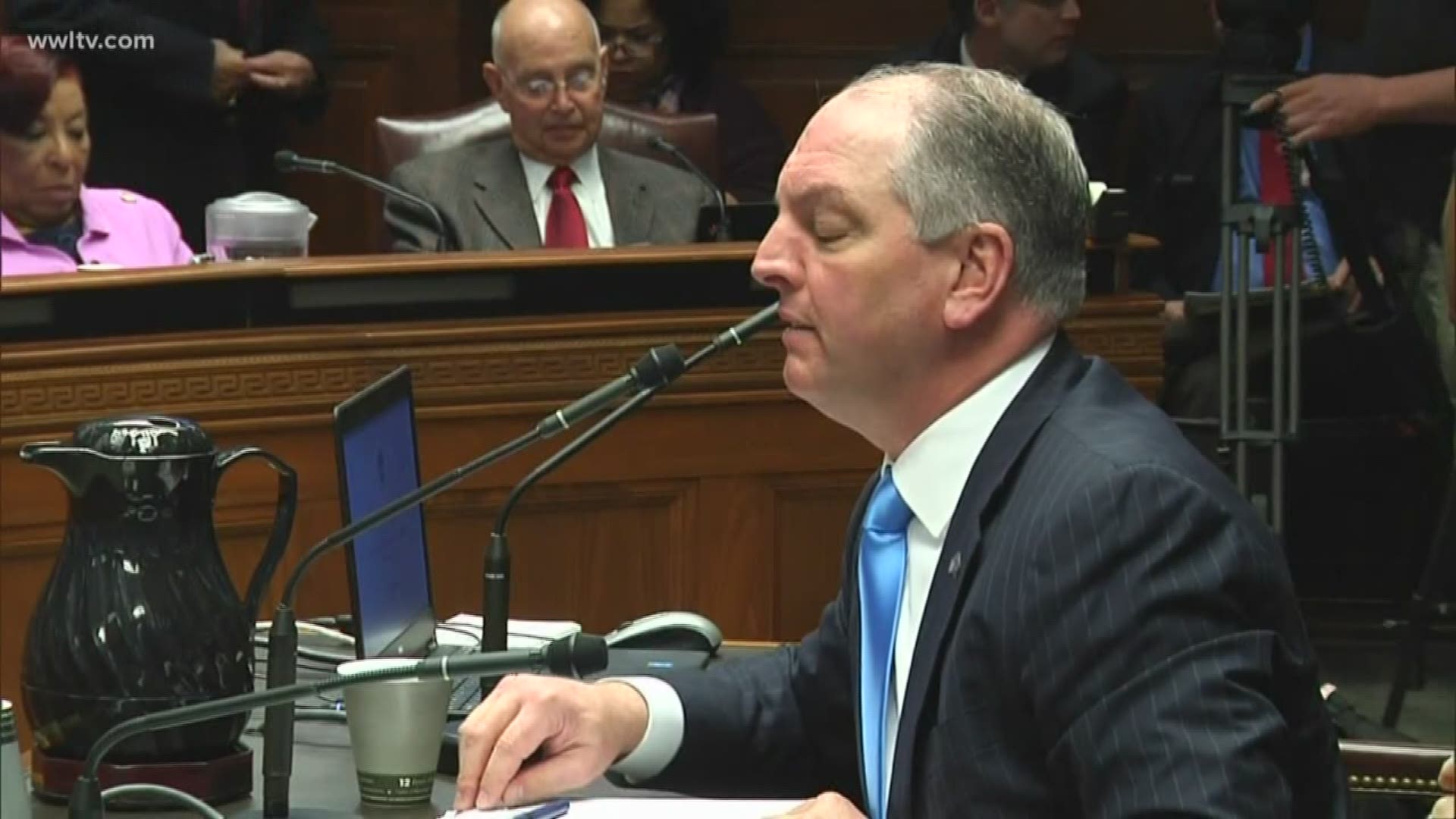 Following an investigative report by WBRZ that showed nearly one in four inmates released through Governor John Bel Edwards' Criminal Justice Reform Program have reoffended, Attorney General Jeff Landry further condemned the program and called on the Governor to apologize to crime victims.

"The statistics provided by our state's prosecutors are alarming, but not surprising to those of us who knew the governor's criminal justice reform was dangerous," said Landry.

"As predicted - these prisoners were let out without any investment in their rehabilitation, which we warned was going to be bad for public safety."

Edwards, meanwhile, announced he will be meeting with with President Donald Trump Thursday to discuss Louisiana's justice reforms that removed the state from the distinction of having America's highest prison population.

“For too long, Louisiana held the title as the state with the highest incarceration rate,” said Edwards, the only Democratic governor in the Deep South. "Today, that is no longer who we are."

Landry has been a vocal critic of Edwards and announced last week that he will consider running against him for governor.

"The governor’s reckless approach to empty our jails simply so he can take credit for a smaller prison population remains a threat to Louisiana citizens," Landry continued. "It also further highlights the need for truth in sentencing."