Jefferson and Orleans Parish voters say voting was a smooth experience, but they had to wait their turn 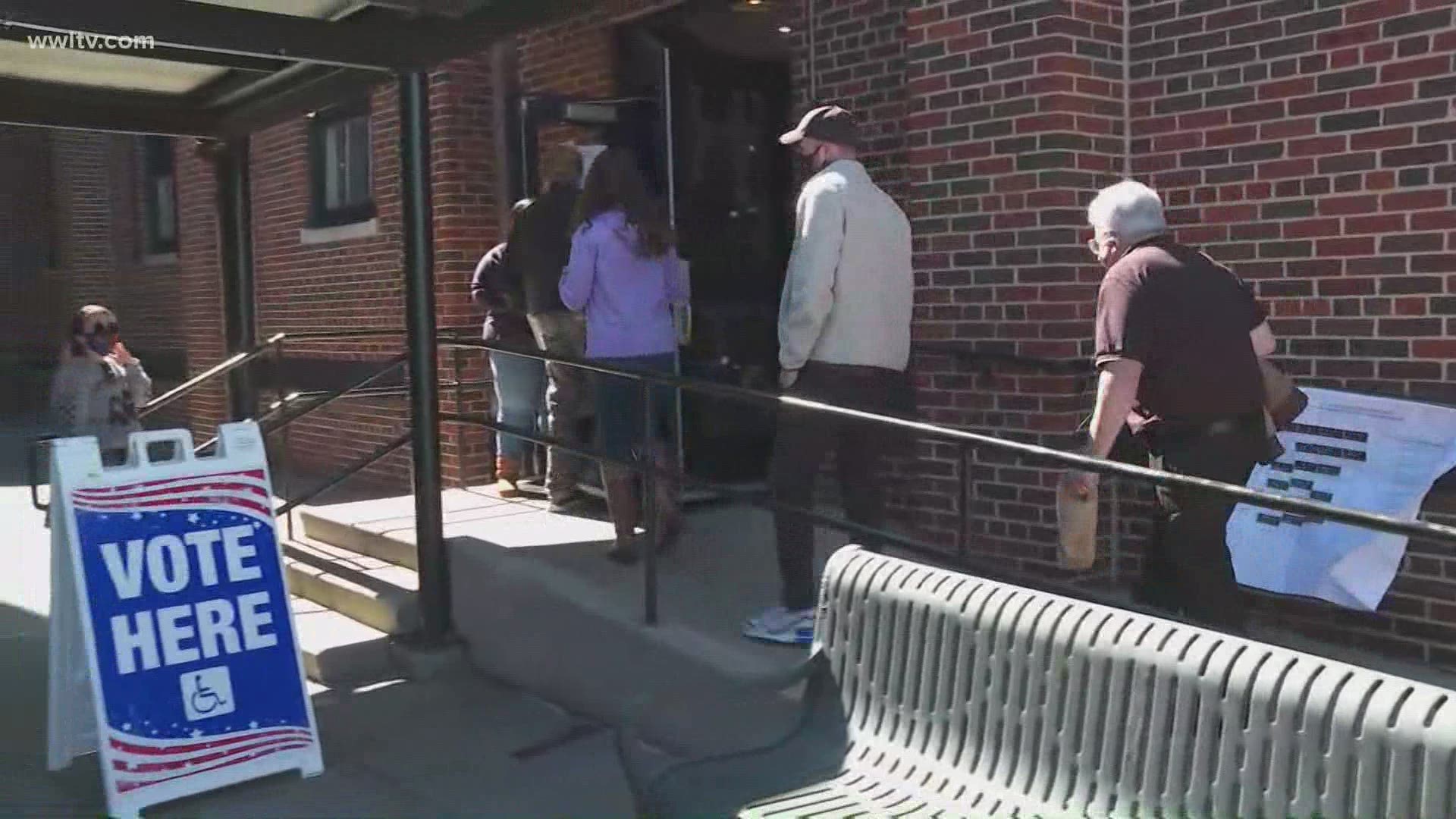 NEW ORLEANS — In anticipation of record turn-out on Election day, polling commissioners and poll workers in the New Orleans area have been helping voters efficiently participate on in the November election.

Voters in Jefferson and Orleans Parish have told WWLTV that they had three minutes in the booth to cast their vote, and voters in St. Tammany Parish say lines are moving quickly.

"Slow is smooth. Smooth is fast" is a phrase often heard in the Armed Forces, and that seems to be the goal for polling places in the New Orleans area on Election Day.

While there was some concern about polling places on Election Day in the aftermath of Hurricane Zeta due to power outages, few polling places in the New Orleans area were affected.

Polling places in Jefferson Parish all had power early Tuesday, some thanks to power restoration, others thanks to generators.

Jefferson Parish President Cynthia Lee Sheng said she assigned a firefighter to each polling place with a generator to make sure those polling places stay up and running.

Ultimately, the common theme for polling places on Election Day as of noon has been "smooth."

The line to vote appears long at one polling location in Mandeville but voters say it’s moving quickly and they don’t mind the wait. #ElectionDay pic.twitter.com/OBUeOAieBK

►  Vote! and stay on top of the election by tuning in to WWLTV, downloading the FREE WWL-TV News app now in the IOS App Store or Google Play, following us on Facebook or Twitter, or by going to WWLTV.com

RELATED: Louisiana's 6 members of the House are on the ballot; Here's who's running

Thank the polling commissioners and workers at your voting site. They are doing a great job keeping the lines moving and voting machines sanitized. One worker at my site worked the line with his cellphone, making sure voters knew their Ward and Precinct. VOTE ⁦@WWLTV⁩ pic.twitter.com/gwM1f9rLbh

💥 JUST IN - All polling sites in Jefferson Parish now have electricity! 🔌 We have backup generators still placed at various locations and crews stationed throughout the parish to be able to supply power if/where needed should anything change. pic.twitter.com/pnzNA2JIA7