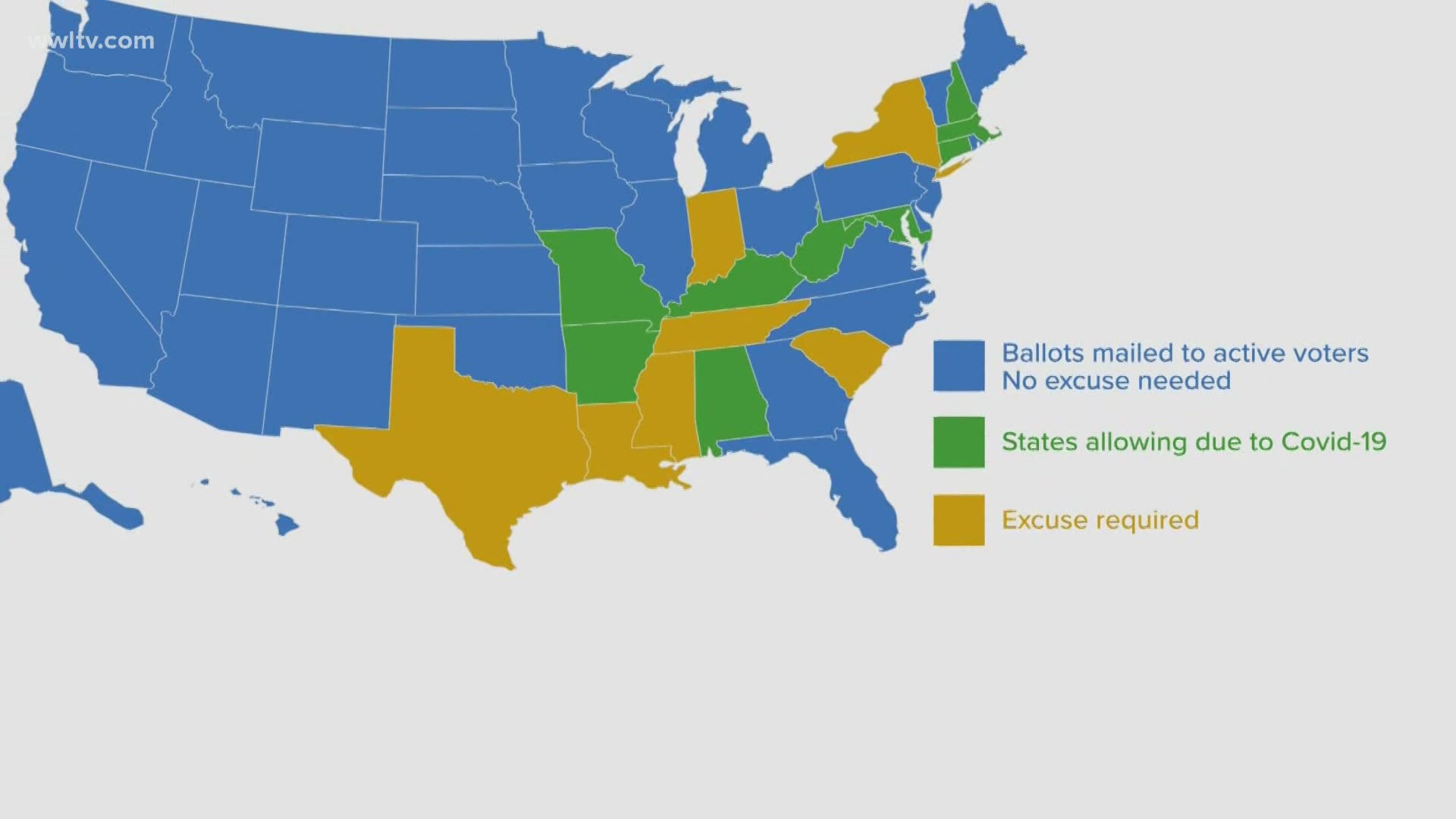 NEW ORLEANS — Louisiana is now heading toward a presidential election in November with no special provisions to address the coronavirus pandemic.

It would roll back the categories of people who could vote by mail significantly from the recently-held summer elections. Governor John Bel Edwards called it woefully inadequate and says he won’t sign off on the plan.

“There are no exemptions for people who are at high risk to getting ill from COVID or for those in their households caring for them,” Edwards said. “In fact there’s not even consideration given to those people who have been told to quarantine.”

State Senator Sharon Hewitt, R-Slidell maintains not too many voters took advantage of the Coronavirus exemptions that were allowed during the state’s spring and summer elections.

Edwards said the courts could step in and order the state to make voting safer in Louisiana. If not, elections would revert back to pre-Covid rules.

Political Analyst Clancy DuBos said those rules are more stringent than what Ardoin is now proposing and the Republican controlled legislature is prepared to support.

“We would only have one week of early voting as opposed to 10 days as Ardoin now proposes or two weeks as we had in the summer,” DuBos said.

It would also mean no expanded absentee ballots for voters who test positive for Covid. Louisiana is an outlier when it comes to mail in ballots.

34 states had no excuse vote by mail before the pandemic. Nine expanded absentee voting because of COVID-19.

Louisiana is one of only 7 states that require an excuse to get a mail in ballot.

"As usual we are behind in everything and we don’t have to be,” said State Representative Mandie Landry, D-New Orleans.

The plaintiffs which include the NAACP and Power Coalition for Equity and Justice are now seeking an expedited hearing.

Rep. Landry, who has pushed for expanded vote by mail in the legislature said there’s a good chance the court will act on the matter.

“Federal courts around the country this year have expanded voting rights due to COVID for the reason that we all want them expanded,” Landry said.

DuBos said it will be up to the judge to decide whether to take up the case.

“While it’s true that in many cases the federal courts have been reluctant to get involved in state elections, this is a federal election, so there is a federal question involved,” Dubos said.

A status conference on the election lawsuit is now scheduled for next Wednesday.

RELATED: 'The best we can do': DNC viewers adjust to virtual format