Ralph Abraham, Eddie Rispone swipe each other in final debate

All three candidates in the Shreveport debate got to ask each other questions, a format that led to more confrontations. 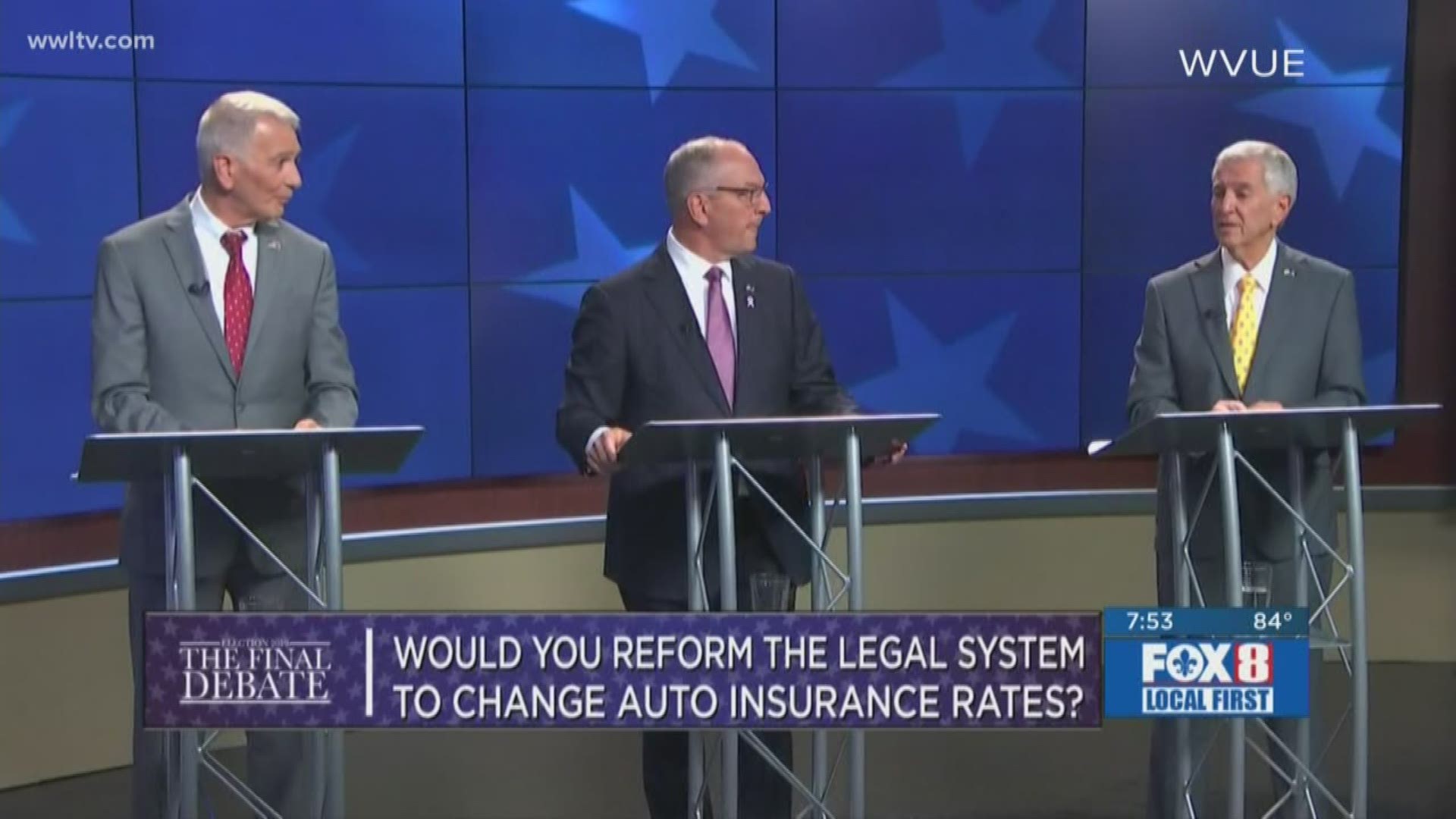 BATON ROUGE, La. — Louisiana Gov. John Bel Edwards' two major Republican opponents took their most direct swipes at each other Wednesday even as they struck at the Democratic incumbent in their final TV debate before the primary election.

While Edwards remains in the lead, polls ahead of the Saturday election show a tightening contest between U.S. Rep. Ralph Abraham and businessman Eddie Rispone for the second-place spot. The GOP challengers accused each other of lying and distortions, tangling as much among themselves as they did with the governor they're trying to unseat.

All three candidates in the Shreveport debate got to ask each other questions, a format that led to more confrontations.

Edwards hammered GOP businessman Eddie Rispone as one of former Gov. Bobby Jindal's chief supporters, seeking to tie Rispone to the ex-governor blamed for nearly a decade of budget problems.

Abraham, a third-term congressman and doctor from rural northeast Louisiana, accused Rispone of lying about Abraham's congressional record and panned Edwards as a tax-raising leader out of step with his own state.

Rispone, owner of an industrial contracting company from Baton Rouge, hit Edwards for supporting Hillary Clinton in the 2016 presidential election and criticized Abraham as reneging on a promise to voters to donate all of his congressional salary to charity.

Abraham responded that he donated his salary and continues to do so, contradicting previous statements from his own spokesman and prompting skepticism from Rispone.

In Louisiana, all candidates regardless of party run against each other on the ballot. Not only are the Republicans trying to keep Edwards below 50% to force a November runoff, they are battling each other to determine which one would reach the head-to-head matchup against Edwards.

Neither Abraham nor Rispone is the clear frontrunner among Republicans, even though Rispone, who is largely self-financing his campaign, has spent five times as much on his campaign as Abraham.

National Republicans have targeted Edwards, the Deep South's only Democratic governor, for ouster, with President Donald Turmp planning an anti-Edwards rally on Friday in Lake Charles.

Wednesday's debate, hosted by Gray Television, aired on its stations around Louisiana. Reporters were not allowed in the studio where the debate was filmed.