They called out Florida GOP Rep. Ted Yoho, who had angrily confronted Ocasio-Cortez on the House steps this week and called her names. 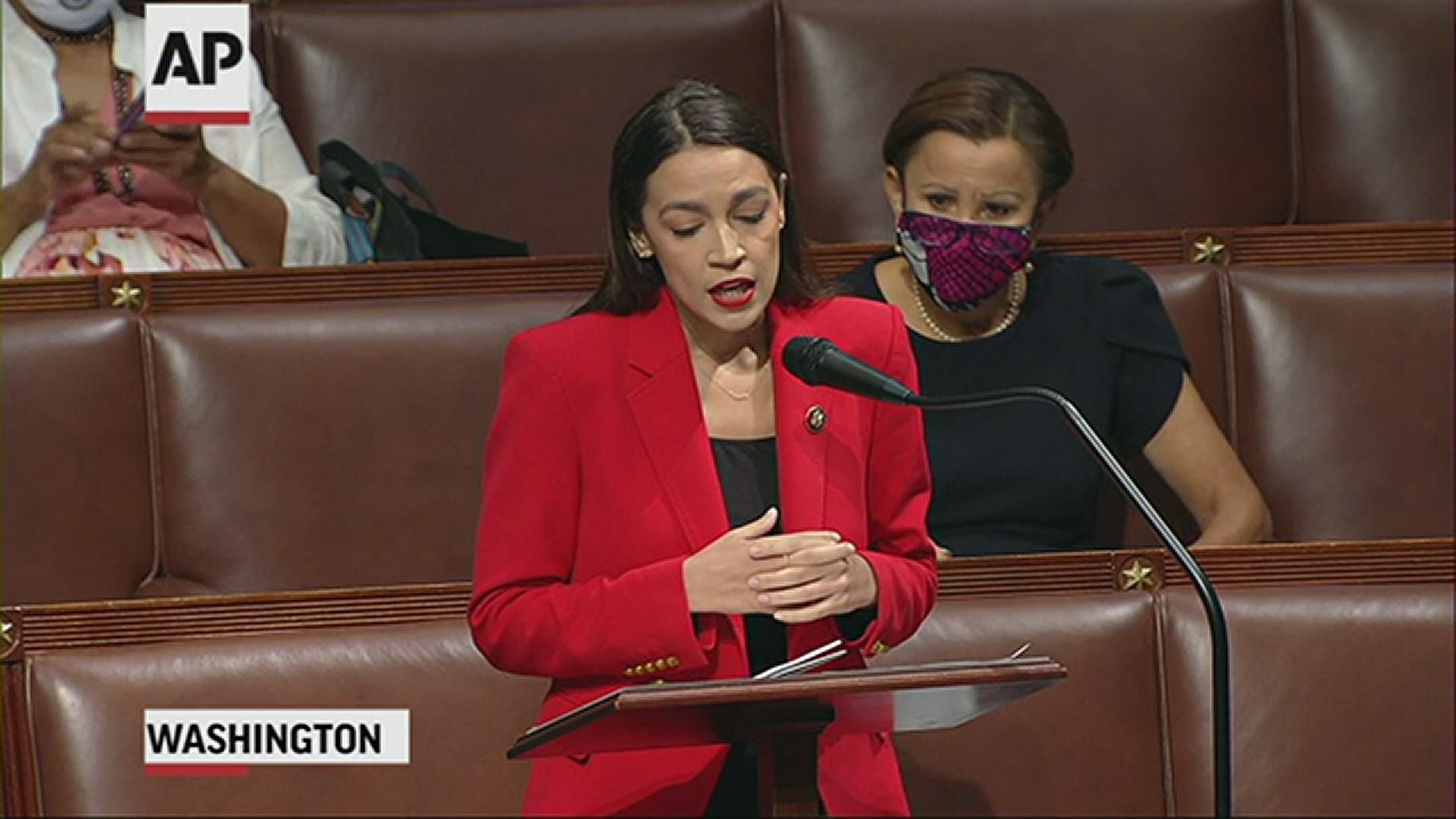 Rep. Alexandria Ocasio-Cortez's outrage over a Republican lawmaker's verbal assault has broadened into an extraordinary moment on the House floor. Ocasio-Cortez and other Democrats took to the House floor Thursday to demand an end to a sexist culture of "accepting violence and violent language against women."

They called out Florida GOP Rep. Ted Yoho, who had angrily confronted Ocasio-Cortez on the House steps this week and called her names.

Yoho expressed some contrition this week, but Ocasio-Cortez rejected it as insufficient.

Ocasio-Cortez and her colleagues cast the incident as all-too-common behavior by men, including President Donald Trump and other Republicans.

Rep. Ted Yoho of Florida is denying aiming a sexist slur at the freshman New York lawmaker. Ocasio-Cortez rejected Yoho’s remarks, saying he hadn’t mentioned her name or specified what he was apologizing for.

She also said what she heard was a vulgar slur. Yoho made his remarks on the House floor a day after Ocasio-Cortez said he’d angrily harangued her outside the Capitol over her linkage of joblessness and some recent crimes.

Ocasio-Cortez is accusing the Republican  of angrily confronting her outside the Capitol over her progressive views.

A reporter who witnessed the encounter said the episode ended with Yoho using a sexist slur as he walked away.

The No. 2 House Democrat demanded that Yoho apologize to Ocasio-Cortez over Monday’s confrontation.

A spokesperson for Yoho denied that the lawmaker had used a sexist slur, saying the congressman had instead muttered a different expletive to himself to describe Ocasio-Cortez’s policies. The spokesperson accused Ocasio-Cortez of “using this exchange to gain personal attention.”