The Louisiana law is virtually identical to one in Texas that the court struck down in 2016. 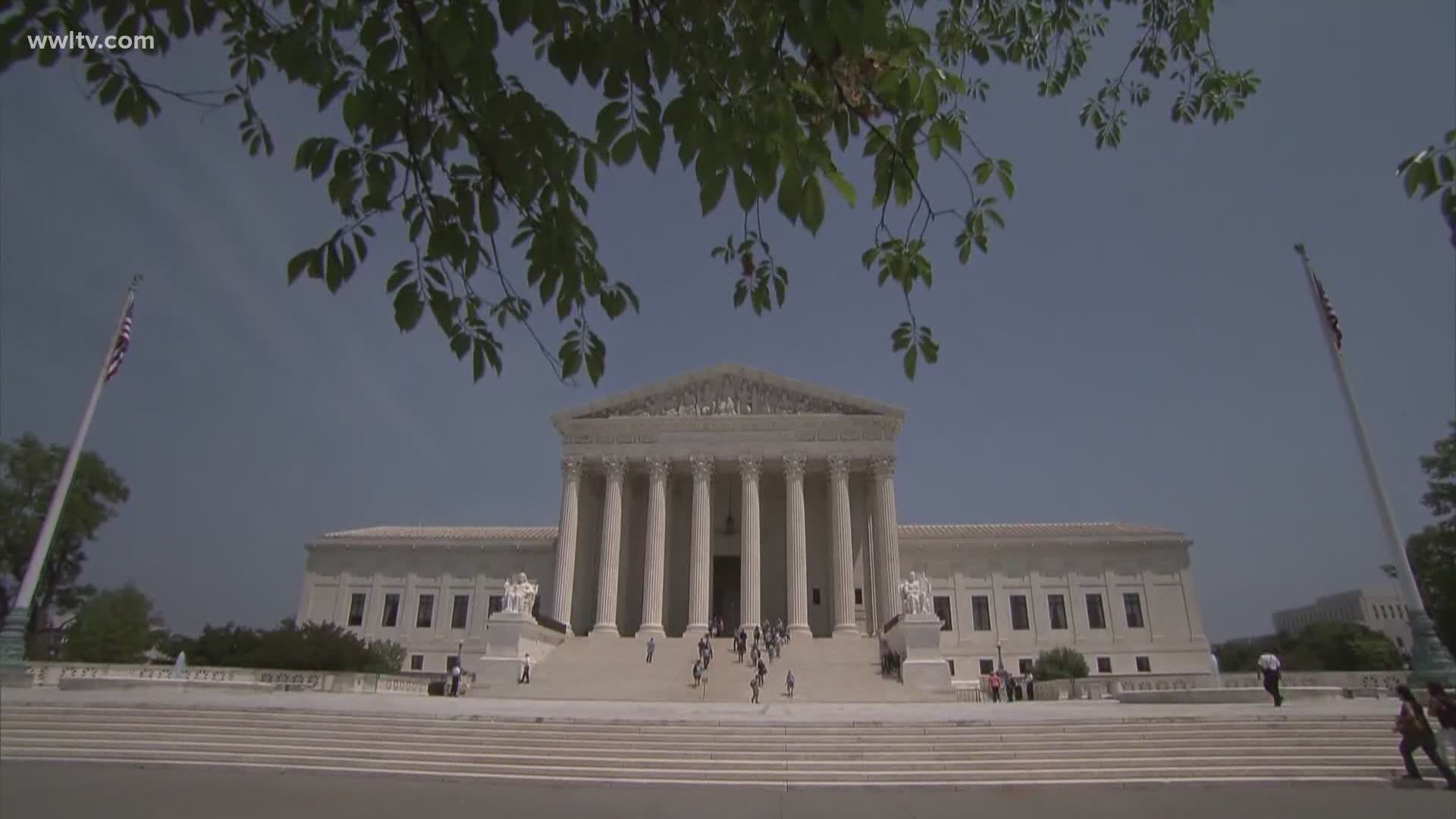 NEW ORLEANS — The Supreme Court has struck down a contentious 2014 Louisiana law that restricted qualifications for doctors in abortion clinics, arguing it put an undue burden on women seeking the procedure.

The decision reasserts a commitment to abortion rights over fierce opposition from dissenting conservative justices in the first big abortion case of the Donald Trump administration.

Proponents for the Unsafe Abortion Protection Act, which passed overwhelmingly through the Louisiana House and Senate, argued it would improve the standard of care for women going into clinics, mandating abortion providers meet the same requirements as other surgical services.

Pro-choice advocates, however, argued that requiring admitting privileges for clinic doctors was a purposefully difficult ask -- a financial decision for hospitals that non-profit abortion providers would likely not meet -- and by design would close all but one abortion clinic in the state.

Chief Justice John Roberts joined with his four more liberal colleagues in ruling that the law requiring doctors who perform abortions to have admitting privileges at nearby hospitals violates the abortion right the court first announced in the landmark Roe v. Wade decision in 1973.

The Louisiana law is virtually identical to one in Texas that the court struck down in 2016.

"We can't deny our duty to protect all lives, no matter how loudly the abortion industry insists that baseline standards of medical care do not apply to them," Sen. John Kennedy (R-La.) said in a video posted on his social media accounts.

"And I'll keep fighting for the life and health of every single person, including and especially vulnerable women and children," Kennedy added.

The author of the act, State Senator Katrina Jackson (D-Monroe), released a video following the decision.

"Once again, unelected justices have substituted their policy preferences over the clear will of the people of my great state," Jackson said.

Nancy Northup, president & CEO of the Center for Reproductive Rights, called the decision a win for "communities of color, young people, rural communities, and people living in poverty," which she said are disproportionately impacted by lack of access to safe abortions.

"With this win, the clinics in Louisiana can stay open to serve the one million women of reproductive age in the state," Northup said. "Unfortunately, the Court’s ruling today will not stop those hell-bent on banning abortion. We will be back in court tomorrow and will continue to fight state by state, law by law to protect our constitutional right to abortion."

Shortly after, Alanah Odoms Hebert, Executive Director of the ACLU of Louisiana, released a statement that her organization was "tremendously relieved" by the decision, which she said would have"decimated access to abortion in Louisiana."

"This decision should motivate all of us to stay in the fight against these politically-motivated attempts to block people from care – and hold our elected officials accountable for ensuring reproductive freedom for all,” Hebert said.