Statues of 'our nation's greatest heroes' have been torn down, VP Pence says to crowded Dallas church

"We find ourselves in a challenging time in our nation's history," Pence said, referencing the pandemic, economic downtown and protests. 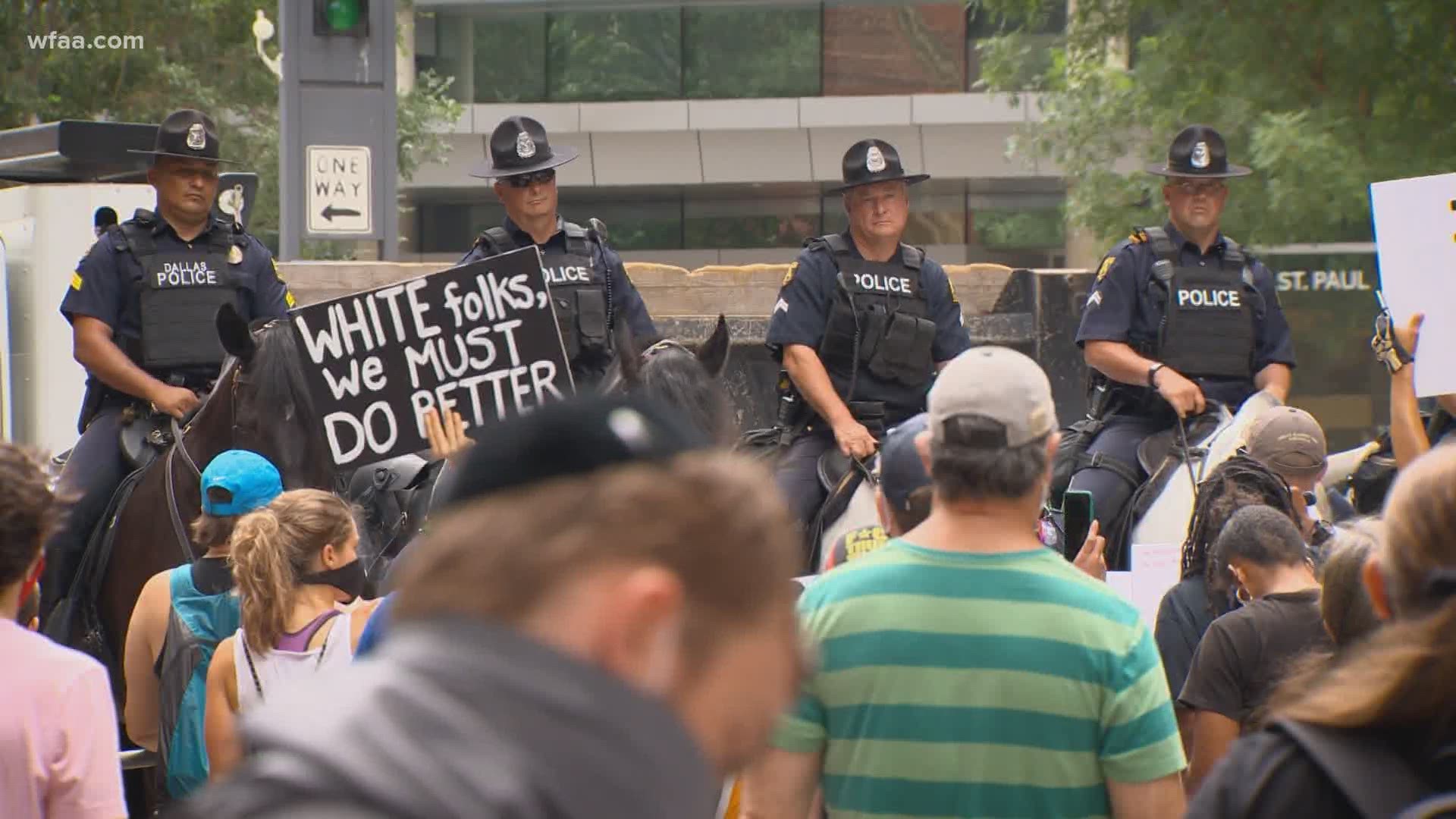 During his speech to the congregation of hundreds, he touched on some of the challenges the country is facing, including the pandemic, the economic downturn and the protests against racial injustice sparked by the death of George Floyd in police custody.

While discussing those protests, Pence referred to them as "chaos" that had taken place across many large cities in the country. He then discussed the Confederate statues that have come down as a result.

"We find ourselves in a challenging time in our nation's history," Pence said.

"We've seen statues of some of our nation's greatest heroes being torn down," he continued.

Pence also touched on George Floyd, saying "justice will be served" to those involved in his death.

The vice president walked into the worship center around 10:50 a.m. Sunday at First Baptist Dallas to an auditorium full of parishioners, some wearing masks, some not, a live stream from the church's service showed.

Pastor Robert Jeffress is "precious" to President Donald Trump, Pence said at the beginning of his speech to the church, as well as to Pence himself.

The vice president had landed around 10 a.m. at Dallas Love Field.

Pence, the head of the White House's coronavirus task force, was joined on Air Force Two by Dr. Deborah Birx, a member of the task force. Sen. John Cornyn and Carson also joined them on the plane for the visit.

The group was greeted by Gov. Greg Abbott, Texas Attorney General Ken Paxton and Texas Speaker of the House Dennis Bonnen when they deplaned. Birx, however, was not visible among them.

The group notably were all wearing masks during the meet-and-greet and bumped elbows instead of shaking hands to greet each other.

Pence met with Abbott again Sunday to participate in a briefing on COVID-19, after he thanked him during his speech to the congregation for his efforts during the pandemic. The crowd gave Abbott a standing ovation.

The vice president told the parishioners gathered before him that Americans will find different ways to celebrate the Fourth of July as the pandemic continues and Texas and other parts of the country figure out ways to safely reopen.

He also discussed some of the country's most notable leaders and their thoughts on faith and freedom in the U.S. during his speech.

HUD Secretary Dr. Ben Carson also spoke during the service, which had a "patriotic" theme ahead of July 4.