See for yourself: a timeline of the siege at the U.S. Capitol

How a mob got into the U.S. Capitol 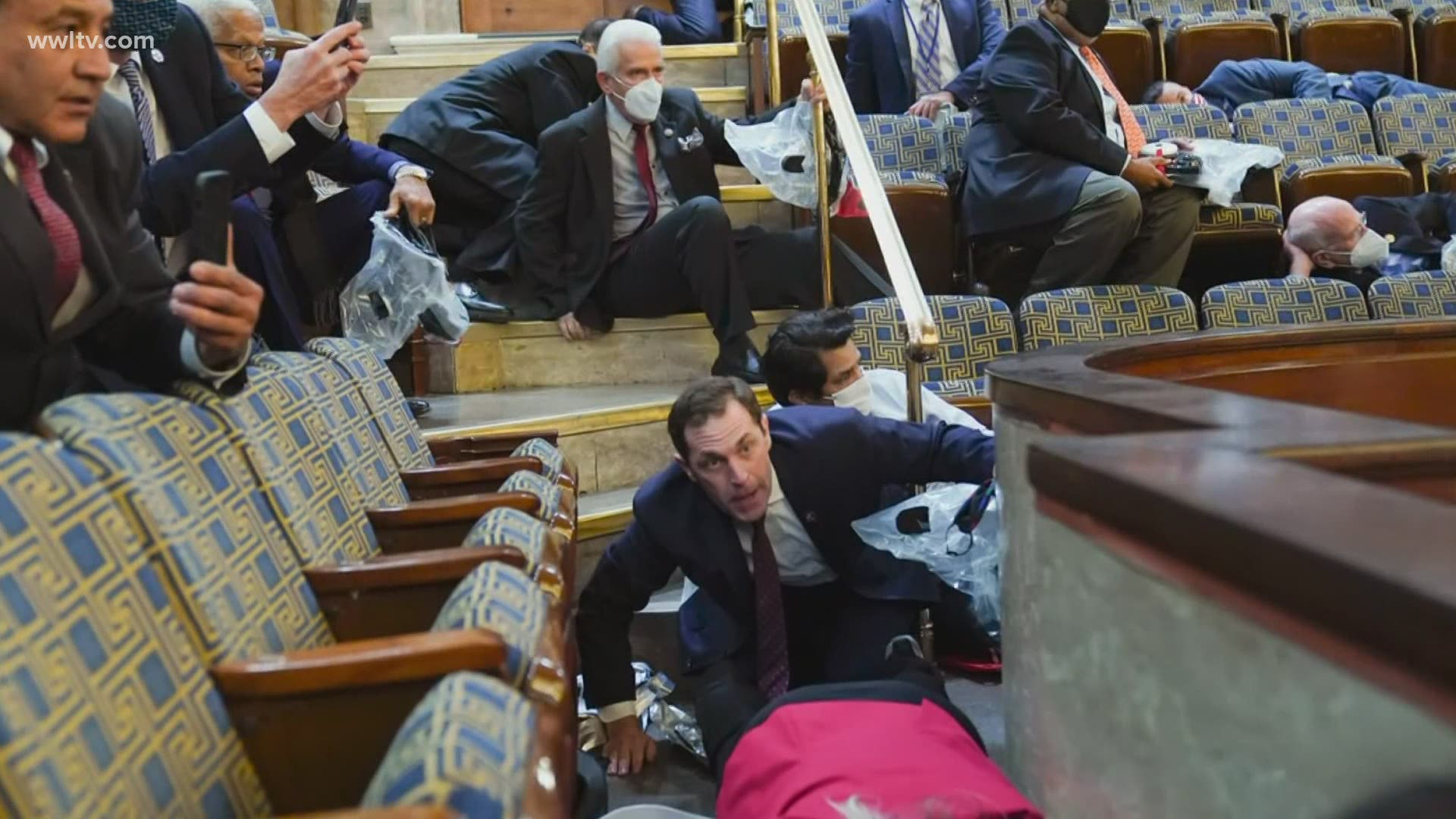 NEW ORLEANS — The United States Capitol Wednesday morning was quiet, as thousands of President Trump's supporters gathered nearby for a 'Save America Rally.' Trump addressed the crowd right before 11:00am central time, and spoke for about an hour on several things including continuing false claims of a fraudulent election.

"We have come to demand that Congress do the right thing and only count the electors who have been lawfully slated," he said.

As Trump finished, lawmakers, not far away in the Capitol, began the electoral certification. It wasn't long before protestors got there and became aggressive.

Capitol police evacuated three buildings across from the Capitol building. By 1:00pm, rioters pushed their way past police barricades, and forced their way inside. Windows were broken, walls were scaled, nothing seemed to stop them.

Meanwhile, lawmakers inside were being evacuated to safety, some posting on Twitter what they were witnessing. As rioters flooded into the Capitol from different directions, fear ensued. Images began surfacing on social media of lawmakers hiding, rioters looting, and destruction.

At 3:00pm central time, President-elect Joe Biden addressed the nation, calling on President Trump to do the same. 15 minutes later, the president posted a recorded video on social media telling his supporters he loved them, but they needed to go home. That tweet was quickly flagged by Twitter due to false claims of the election and posing a risk of violence.

By 7:00pm, rioting had stopped at the Capitol. A trail of destruction was left behind, but lawmakers still got back to work, marking the finale of one electoral count the nation will certainly never forget.