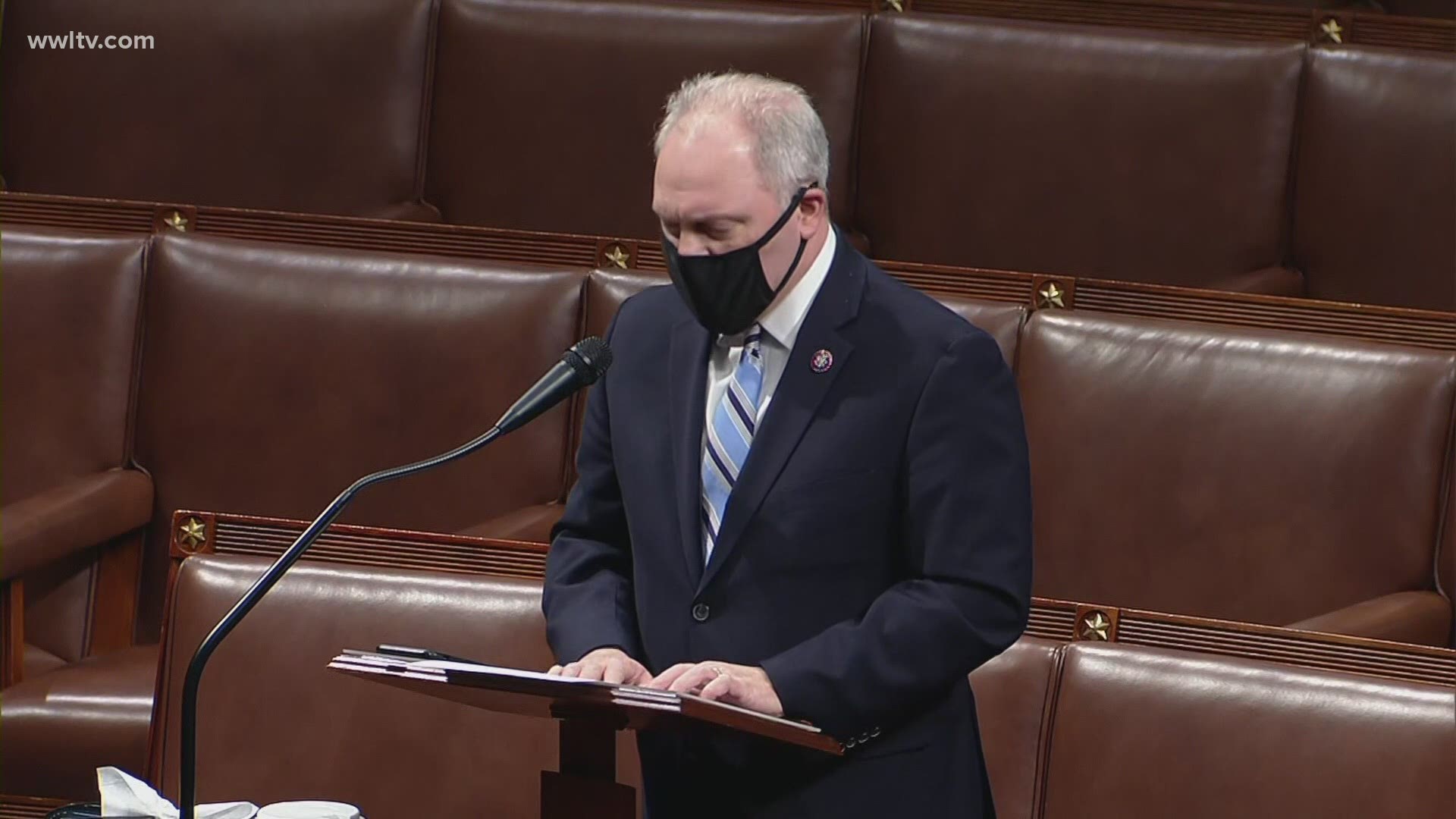 “I oppose this rushed impeachment. Brought forward without a single hearing,” said Republican Whip Steve Scalise on the floor of the House of Representatives Wednesday.

“And by the way, the Senate will not even take this up until President Trump is out of office. So, let’s keep that in mind. It will only serve to further divide a nation that is calling out for healing.”

Before the vote, Democrat Cedric Richmond asked Republicans to defend the Constitution.

“Some of my colleagues, some of which may well be co-conspirators, in their latest attempt to placate and please this unfit president, suggest that we shouldn’t’ punish Trump for his actions in order to unify the country. That is the climax of foolishness,” said Rep. Richmond.

“Simply put, we told you so. Richmond, out.”

Louisiana’s Attorney General, Jeff Landry, joined two other attorneys general in condemning Wednesday’s riot at the Capitol, writing a letter to the Justice Department. Landry tweeted, “Together, we can lead in unity and peace.”

But state capitals in all 50 states, including Louisiana, are prepping for large pro-Trump demonstrations this weekend.

Louisiana State Police said they “will have personnel in place to ensure a safe environment.”

The Louisiana National Guard tells Eyewitness News it is prepared to answer any call, but does not currently have members on standby in Baton Rouge or Washington, D.C.

In the hours after his impeachment, President Trump discouraged more violence. He released a video on the official White House Twitter page.

“Violence and vandalism have absolutely no place in our country. And no place in our movement. Making America Great again has always been about defending the rule of law, supporting the men and women of law enforcement, and upholding our nations’ most sacred traditions and values,” said Trump.