Rispone, Edwards in metro N.O. area as campaign winds down

Both Rispone and Edwards were in the New Orleans metro area Monday. 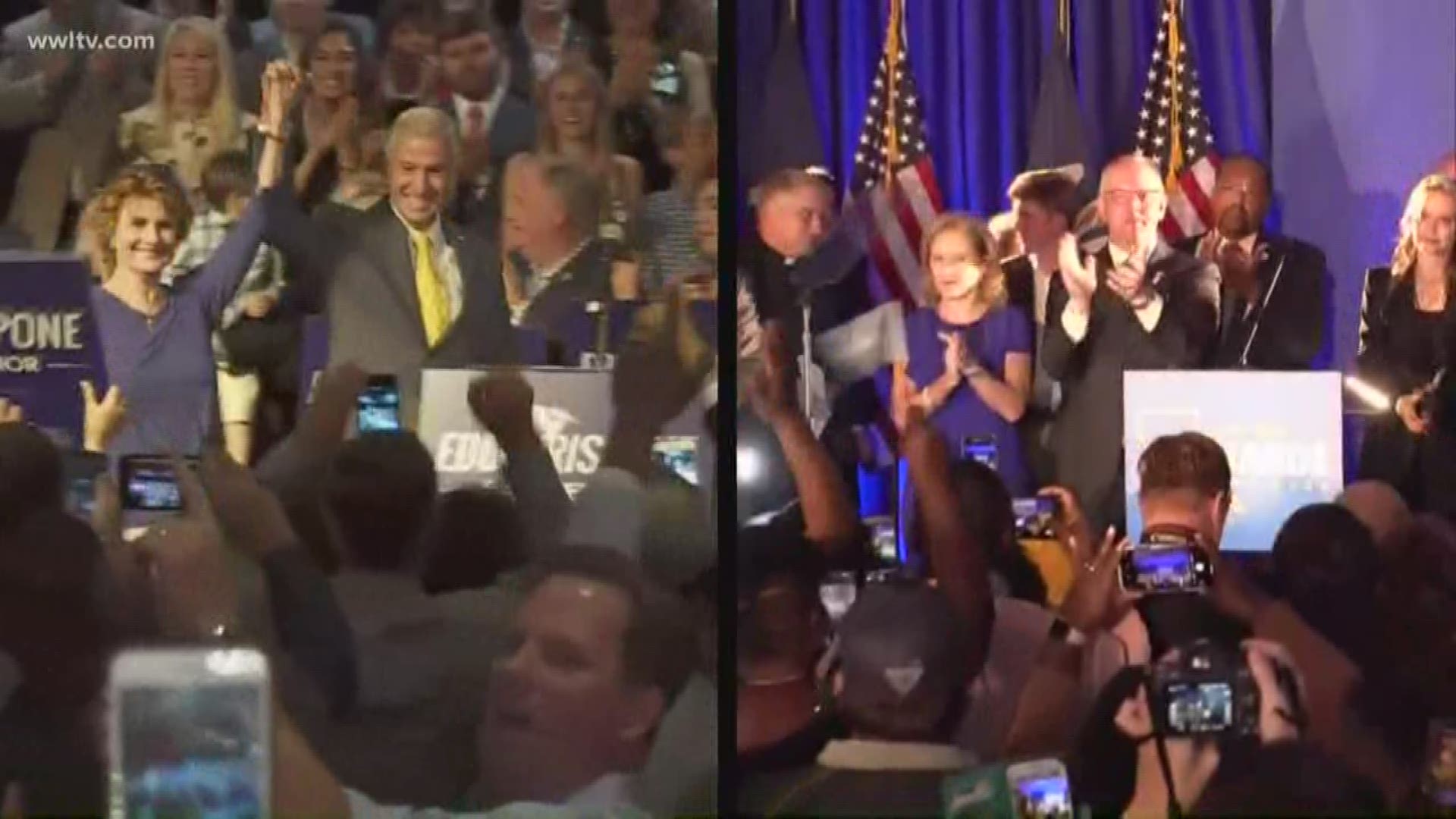 NEW ORLEANS — As early voting has begun and Election Day is less than two weeks away, the two candidates are crisscrossing the state in an attempt to finalize votes.

The runoff election is set for Saturday, Nov. 16.

Both Rispone and Edwards were in the New Orleans metro area Monday.

Rispone touched down briefly at Signature Air in Kenner where a few dozen reporters met him to help drum up support.

“We're going around the state, talking with people. making sure everyone is energized to get out and vote. That's the important thing,” he said.

Edwards was also in the area. He made an appearance at New Orleans City Hall to announce a new long-term partnership with the Essence Festival that keeps the event in the city through 2024.

WWL-TV Political Analyst Clancy DuBos said Edwards must do well in Orleans Parish to carry the state on Election Day.

Last week Rispone said during a radio interview that Edwards, has “hurt the reputation” of West Point by becoming a trial lawyer after leaving the Army, where Edwards served as an Airborne Ranger.

The comment drew the ire of some combat veterans, including Rob Maness, a longtime Republican and repeat candidate for U.S. Senate.

Rispone, on Monday, said he would not apologize for his criticism of Edwards.

“Look, I love veterans. I support veterans. What we have is a liberal trial lawyer that will do anything or say anything to be reelected,” said Rispone. “That was the point there.”