"He told me flat out for him to pass his tax bills, he was asking me to step aside as chairman for the remainder of the session," Rep. Garofalo said. 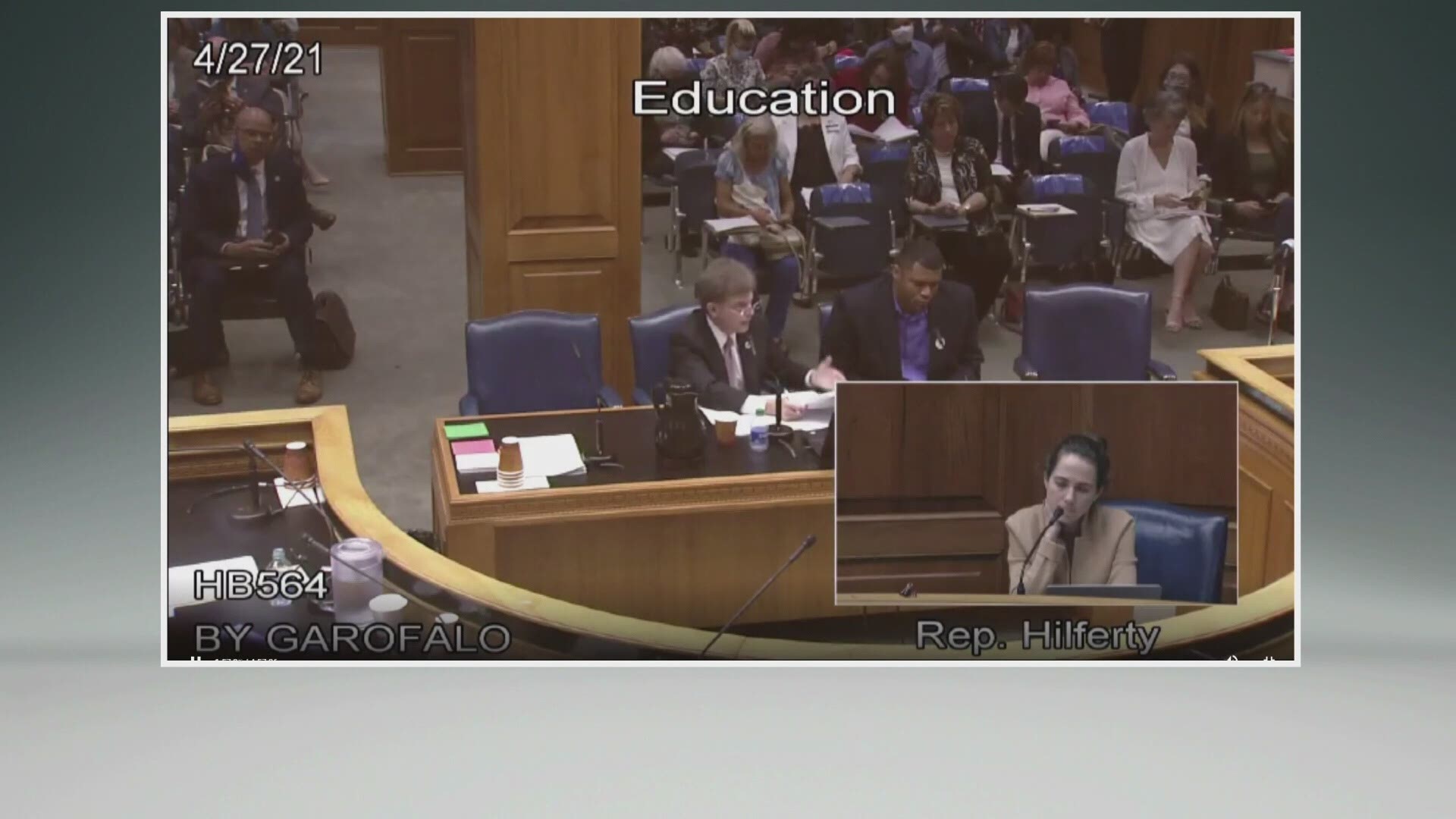 NEW ORLEANS — A Louisiana State Representative who made controversial slavery remarks when discussing a bill that would ban certain teachings on racism in schools has been removed from his position as Chairman of the House Committee on Education, he announced Tuesday.

Rep. Ray Garofalo (R-Chalmette), said he was removed from his position Monday by the House Speaker.

"I'm happy he's made a decision, but on the other hand I think Louisiana will suffer because of it," Garofalo said Tuesday.

Garofalo refused to withdraw House Bill 564 which would ban the teaching of systemic racism, known as "Critical Race Theory," in Louisiana schools.

He's been under fire since making the comment about three weeks ago during an exchange with New Orleans area State Representative Stephanie Hilferty.

Garofalo was being asked about his bill that would been the teaching of systemic racism when he replied: "If you're having a discussion on whatever the case may be, slavery, then you can talk about everything dealing with slavery, the good, the bad, the ugly."

The exchange continued with Hilferty saying there was no "good" to slavery and Garofalo quickly agreeing.

"You're right, you're right. I didn't mean to imply that," he said.

"I don't regret it at all," Garofalo said Tuesday about his remarks. "I used a phrase that is commonly used when you are describing the totality of a circumstance, the good, the bad, the ugly. I did not take a position as to whether there was any good, any bad, or any ugly."

The Louisiana Legislative Black Caucus has been pushing for Garofalo's removal from his chair position.

"I agree with the speaker that person is probably not suited to be a chairman," said Rep. Ted James, Chairman of the Louisiana Legislative Black Caucus. "He has the prerogative to bring whatever legislation he wants to bring. The problem is he ignored leadership when they asked him not to bring such a highly divisive issue, when everyone knew something like this would happen."

"He told me flat out for him to pass his tax bills, he was asking me to step aside as chairman for the remainder of the session," Garofalo said.

"Democrats always hold strong. This has nothing to do with chairman Garofalo. We did it the last fiscal session," he said.

Garofalo is now working to determine what's next for his bill. WWL-TV reached out to Schexnayder Tuesday afternoon, but have yet to hear back.

RELATED: State rep under fire after talking 'good, bad and ugly' of slavery

Garofalo sent the following letter to his fellow members of the Louisiana House of Representatives:

"Members: It has been nearly three weeks since I presented HB 564 in committee. Since that presentation, I have been the subject of much speculation and my chairmanship has been questioned daily. As a chairman, you must have the support of leadership to accomplish your duties and responsibilities, and the barrage of speculation and failure of leadership to support my position significantly reduced my ability to carry out those responsibilities. Now, after three long weeks, the Speaker has removed me as chairman of Education. I want to be clear; I did NOT voluntarily step down as chairman.

Each time that I have met with the Speaker regarding this issue, I requested a plan of action regarding the situation. Consistently, I was not given a plan. Nevertheless, I have followed the Speaker’s instructions hoping that he had a plan toward resolution of the issue, but unfortunately the daily questions persisted. Finally, today he asked me to “step aside” for the remainder of this session and I refused, resulting my removal.

Let me be crystal clear… I didn’t do anything incorrect, immoral, or offensive. I filed a bill that would ban critical race theory – a cancer that is dividing our nation based on skin color. I used a term that is commonly used to describe the “totality” of any group of information to describe what should be taught about slavery. Clearly I was referring to teaching “everything” and I was NOT taking a position regarding any aspect of slavery.

My ability to function successfully as a legislator was being held hostage by a group of legislators who threatened to withhold votes on tax reform legislation. While the tax reform bills are important, they are no more important than the fight to ensure a discrimination-free environment for Louisiana students. At least now I’m able to get back to work fighting for our students and teachers – and believe me, there is still a lot of fight left in me.

I believe that it is important for me to issue a statement regarding the events surrounding my testimony, and the objective of, HB 564.

I am disappointed that the opponents of this bill would respond to and embrace unfounded accusations against anyone without first investigating the facts surrounding said accusations. Attacking my personal character shows their efforts at a misinformation campaign for the sole purpose of distracting from the primary focus and point of the bill – to provide a discrimination free learning environment that provides equal opportunity for all students, regardless of race or background and to prevent our education system from being used to promote a political agenda within our schools. Almost daily we are starting to see in the news how this has become a major problem in school districts across our nation, including Louisiana – and it is spreading.

I understand that politics can be a battle, but I truly believe that we are all working to improve our state for every resident, and that we as a body can and should rationally discuss the issues and work together (maybe not always agreeing) toward a common goal.

I am being accused of thoughts and motivation that most of you know are NOT true. Even for those who I have not worked with for a significant length of time, the video from the presentation is clear evidence of the false accusations and smears.

Even more disturbing to me is that I always strive to help all members with any issue they are pursuing, even if it is not related to my committee or an issue I agree with. I would have hoped that every member was reasonable enough to watch the presentation in question and, even with the most critical view, realize that the phrase that I used, good-bad-ugly, was clearly and unequivocally used to demonstrate that everything or anything about a given issue should be included in a presentation or discussion, and that I was not referring to, or advocating, any position on that particular issue.

When you watch the video, you see that I used the same phrase other times to describe the types of facts that may, and should, be taught according to the bill (as is clearly evident in the discussion and video) which supports that I used the phrase specifically for that reason… To generically describe the “types” of facts that could, and should, be taught to Louisiana students – not to take a position on whether any of the facts have merit.

Regarding the merits of the bill, it would provide a learning environment for everyone associated with our education system that is free of discrimination. An equal opportunity environment that doesn’t pick winners and losers based on the color of their skin, sex or background. Is that not what we want for our children?

According to the direct language of the bill, it would NOT prevent discussion of any history or issues, and in fact supports and encourages discussion among students.

I sincerely hope that the mischaracterization of my thoughts, intent, goals, and character is due to a lack of research, and that anyone who has questions will ultimately perform further research to discover the truth. Let me assure you, this entire event has only strengthened me and made me more determined to fight for the truth.

As I always offer, if you would like to discuss this further, please contact me at any time."