The infrastructure bill now before Congress includes a $370 million fund to improve water and wastewater systems like this one in Louisiana. 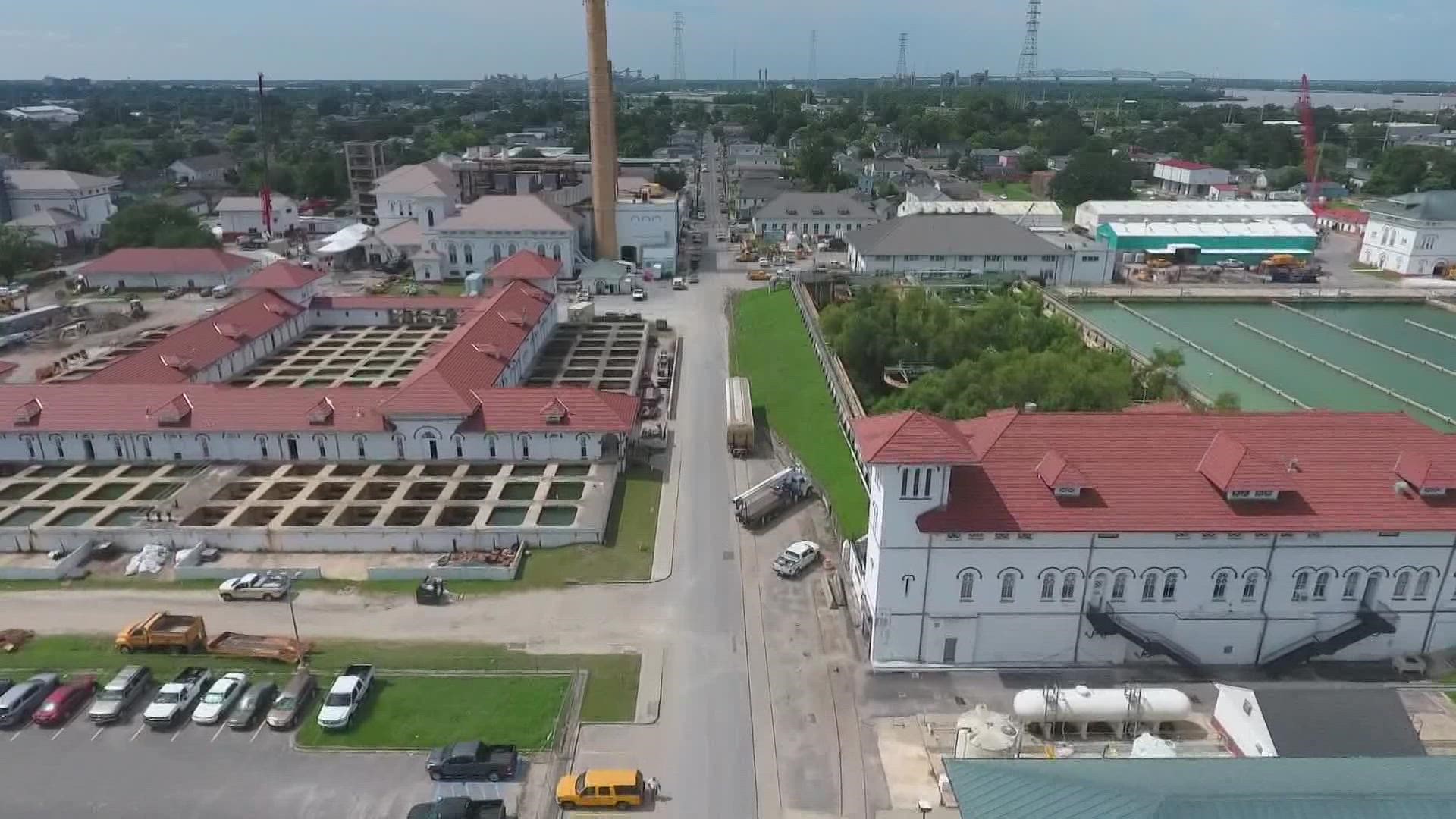 Seventeen Republican senators, including Louisiana Senator Bill Cassidy, helped the bill clear one hurdle with many more to come.

“We have accomplished it in a fiscally conservative way, good for our state, good for the nation,” Cassidy said.

The century-old Carrollton Water Plant in New Orleans could fail at any time.

President Joe Biden toured the plant in May.

The infrastructure bill now before Congress includes a $370 million fund to improve water and wastewater systems like this one in Louisiana.

Sewerage and Water Board Executive Director Ghassan Korban plans to apply for some of the money which would eventually have to be paid back.

He said the needs are great in the city.

Korban also said he hopes to use some of the funds to install smart meters at every home. They would allow the utility to electronically read your meter, hopefully leading to more accurate billing.

The Pontchartrain Conservancy would also get some of the money.

There is a $53 million line item in the bill for the non-profit over the next five years.

“To have a line item in there to restore the Pontchartrain Basin, to build out our ecosystem and resiliency, to help us achieve the goals that the state is working on, it’s a great thing to see,” Trail said.

Senator Cassidy said there are funds in the bill to improve drainage.

“There’s also $500 million, that nationwide, you can apply for it that goes to expand the size of your storm drainage pipes,” Cassidy said. “Boy, isn’t that important for us.”

Officials with the Pontchartrain Conservancy and Sewerage and Water Board know the infrastructure bill has a long way to go in Congress but are happy to be included in the bipartisan package.

The full text of the infrastructure bill has yet to be unveiled.

There are expected to be amendments.

Both senate and house members would have to approve the final version for the bill to pass.

RELATED: Biden: Infrastructure vow was not intended to be veto threat