When it comes to the issues, take your pick: an ongoing pandemic, a crippled economy and conflict over racial justice and police reform. 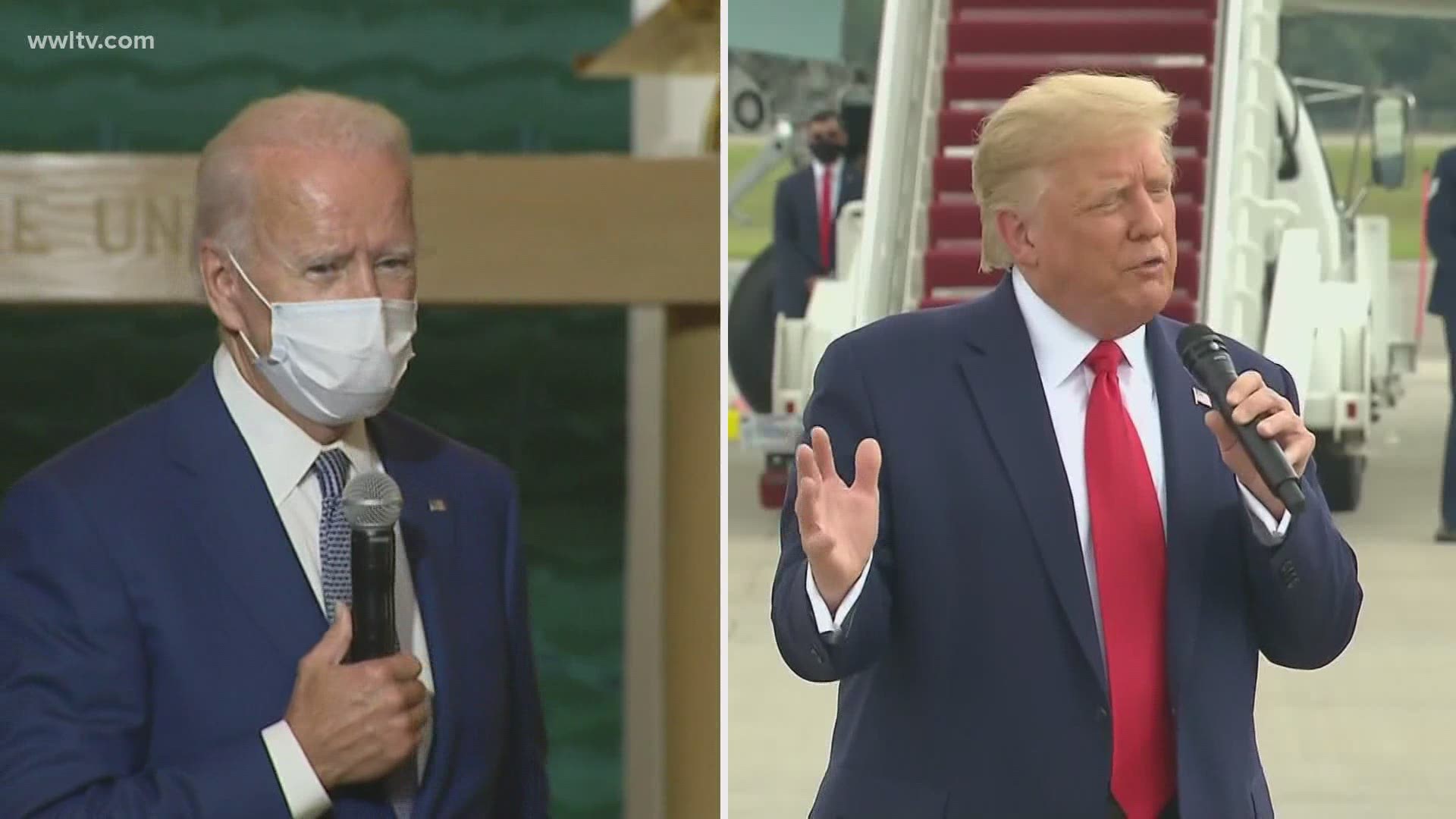 NEW ORLEANS — There are many things that can happen in the 60 days left before the presidential election and the way that 2020 is progressing, I don’t think any of us would be surprised if another calamity would take place.

As it stands right now though, it appears most voters have their minds mad up about this election.  According to a national poll by Grinnell College last month, 82 percent of the people surveyed said their mind is made up regarding the presidential candidate they’ll choose.  Only 11 percent said they could be persuaded.  Bettina Owens is in that 82 percent group.

“Without giving my opinion, I think it’s a necessary election,” said Owens who lives in New Orleans.

When it comes to the issues, take your pick:  an ongoing pandemic, a crippled economy and conflict over racial justice and police reform.

The candidates paint a bleak picture of America under the other’s leadership.  Democrat Joe Biden says the pandemic and its assault on our health and the economy can worsen under President Trump.

“This president, if he’s reelected, you know what will happen, cases and deaths will remain far too high, more mom and pop businesses will close their doors, and this time for good. working families will struggle to get by,” said Biden during his DNC acceptance speech.

Taking a page out of past Republican playbooks, Mr. Trump is pushing a platform of law and order for the country, suggesting a vote against him is a vote for chaos.

“Your vote will decide if we protect law-abiding Americans or whether we give free reign to violent anarchists, and agitators and criminals,” said the President during his RNC acceptance speech.

While her vote is already decided, Bettina Owens says she’s skeptical this election will settle the nation’s problems, especially the ones surrounding race.

“I don’t think either person getting elected is going to solve the problem right away, because I think this is a problem that’s been going on for a long, long time,” said Owens.

Biden and Trump are framing this election as one for the ages, but University of New Orleans political scientist Ed Chervenak says Americans have been divided before in an election, but he says politics in 2020 seems especially venomous…

“What we’re finding is a lot more negative partisanship, that people dislike the other side more than they like their own candidates.  I think this is what’s driving this rhetoric about this being the most important election out there,” said Chervenak.

In 60 days, we know at least it’ll be the most immediate election, and in the 60 days left, questions about mail-in ballots and voter safety during a pandemic will have to be addressed.  There’s likely more work to be done on that end, than the work in changing the minds of voters.