'These are our streets': Protesters gather to rally against Florida 'anti-riot' law

The combating Public Disorder Act" was signed into law by Gov. DeSantis on Monday and toughens the penalties for violent and disorderly assemblies. 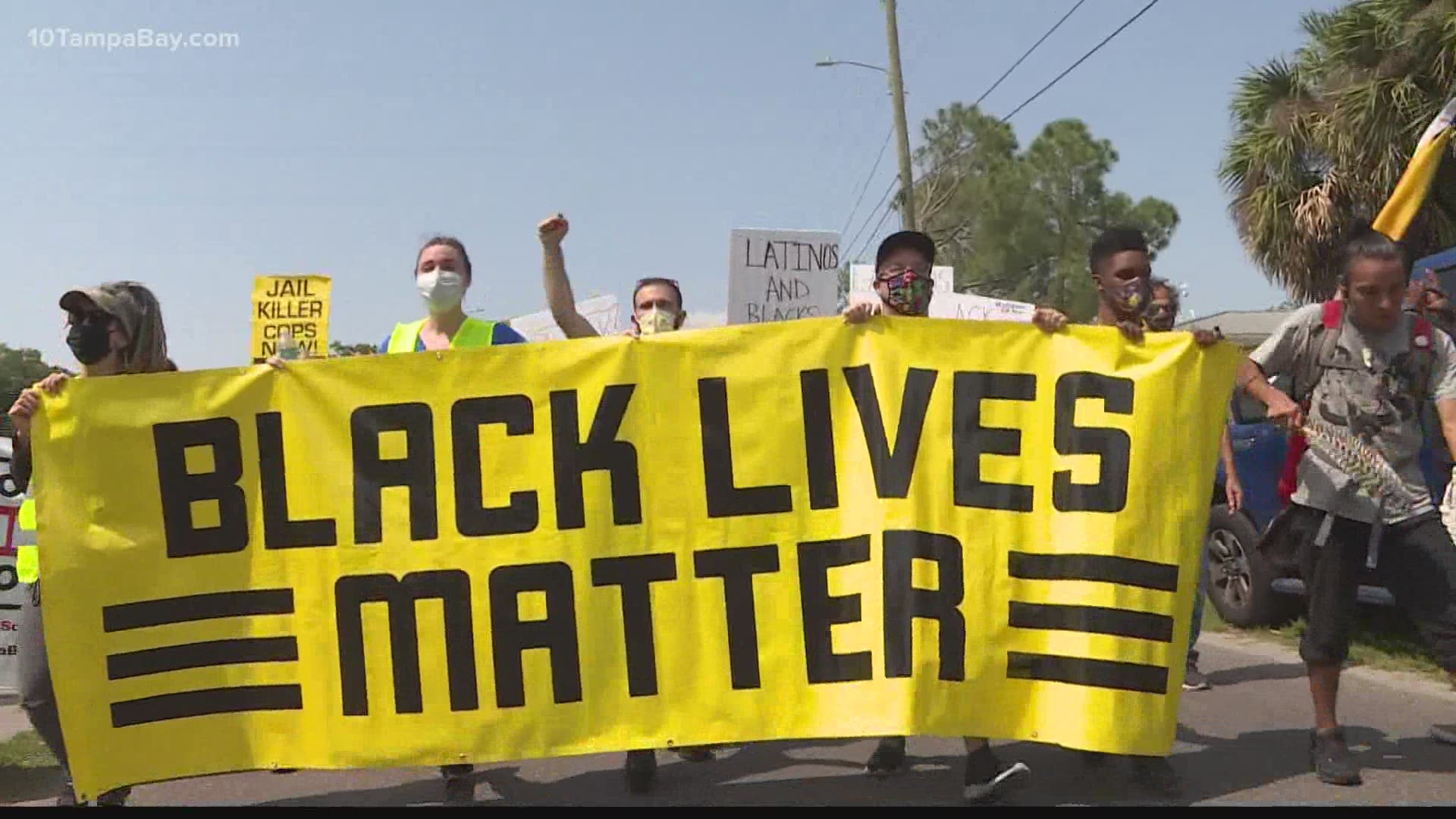 DeSantis signed the law last week, creating tougher penalties for disorderly protests. Opponents say it could have a chilling effect on free speech.

"So the message that we're sending him today is that these are our streets. You don't tell us what to do. You got to go through the Constitution, but we're gonna be in front of us first," said Donna, one of the organizers, to a crowd of dozens.

Those protesters gathered at Cyrus Green Center to make their voices heard.

"We wanted to come out and make sure that we'd let them know that just because this law has been passed, we're not going to stop. We're going to continue to peacefully protest like we have done this whole entire summer and last year," explained Maya King, a co-founder of Black Lives Matter Pasco and New Port Richie.

The rally remained peaceful and without conflict the entire time.

"It will continue to show them that their bill will not stop the movement. The movement will continue and that scare tactic will not be allowed here," King said. "We won't stand for that in Tampa, St. Pete, New Port Richey, Pasco County, any of these Florida counties where we have been protesting, big or small."

After the rally, a few community advocates headed 15 minutes north to bring attention to local cases of people of color dying at the hands of police.

"Local cases we want to bring attention to them such as the cases of Jonas Joseph, Dominic Mulkey and Josiah Pinner," said Elizabeth Kramer, a member of the Tampa Bay Community Action Committee.

Event organizers say their hope for justice was renewed after former Minneapolis Police Officer Derek Chauvin was convicted of George Floyd’s murder but say their work here is far from done.

"So you know, not every case gets national attention, and that means that we in Tampa, as people in Tampa have to defend each other and have to fight for justice for our own," Kramer said.

A Florida social justice group is suing the governor over the anti-riot law, saying in part it infringes on multiple constitutional rights.

The law expands who can face felony charges during protests and gives law enforcement more power to arrest protestors. A spokesperson for Desantis told the Associated Press earlier this week the governor's office will firmly defend the new law.