Troy Carter elected to U.S. House of Representatives from Louisiana

Carter thanked plenty of members of "his team," but saved the biggest praise for his predecessor in the position, Cedric Richmond. 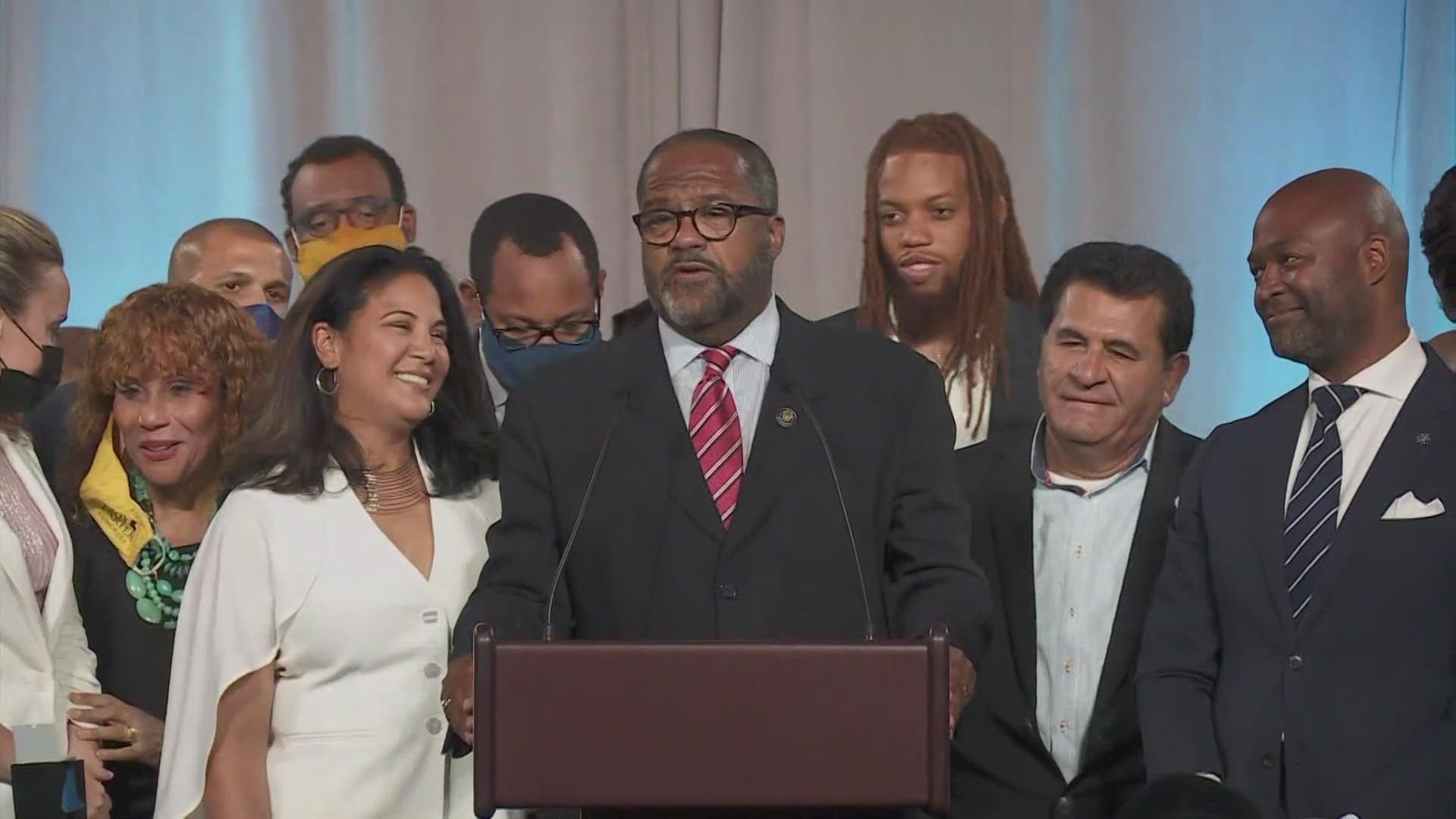 "I want to be clear - I welcome everyone to our tent because the election is over and I represent everyone," said Carter. "Now I want to go to Washington to be your voice."

Carter thanked plenty of members of "his team," but saved the biggest praise for his predecessor in the position, Cedric Richmond, who endorsed Carter, likely the biggest and most important endorsement, as Richmond was very popular in the 2nd District.

"Troy Carter was always the favorite," said WWL-TV Political Analyst Clancy DuBos. "I didn't think he was going to run away with it, the way he appears to be doing... the pattern is pretty much there. Carter is winning in every parish except East Baton Rouge, where he kept it close and another parish where it's nearly tied."

This was Carter’s second attempt to claim the office. He came in fifth in 2006.

Carter Peterson said she called Troy Carter to congratulate him, but said she was not done working for the people of the district.

“I told him that he could look forward to having me as a partner because the work continues… I’m going to continue to work for that progressive agenda because it’s important. I'm not gonna be called Congresswoman, but that's okay.”

The former New Orleans City Councilman was elected to the state Legislature in 2015. His district includes Algiers and parts of the west bank of Jefferson Parish.

He said his goals in Congress will include getting COVID-19 vaccines to underserved communities; rebuilding highways, bridges and sewer systems; and cutting up to $50,000 in federal loan debt for students.

The state’s second Congressional district includes most of New Orleans, the west bank of Jefferson Parish and snakes its way up the Mississippi River into parts of Baton Rouge.