After stepping down from Air Force One, Trump reveled in the crowd of several thousand, packed shoulder-to-shoulder in an airport hangar, mostly without masks. 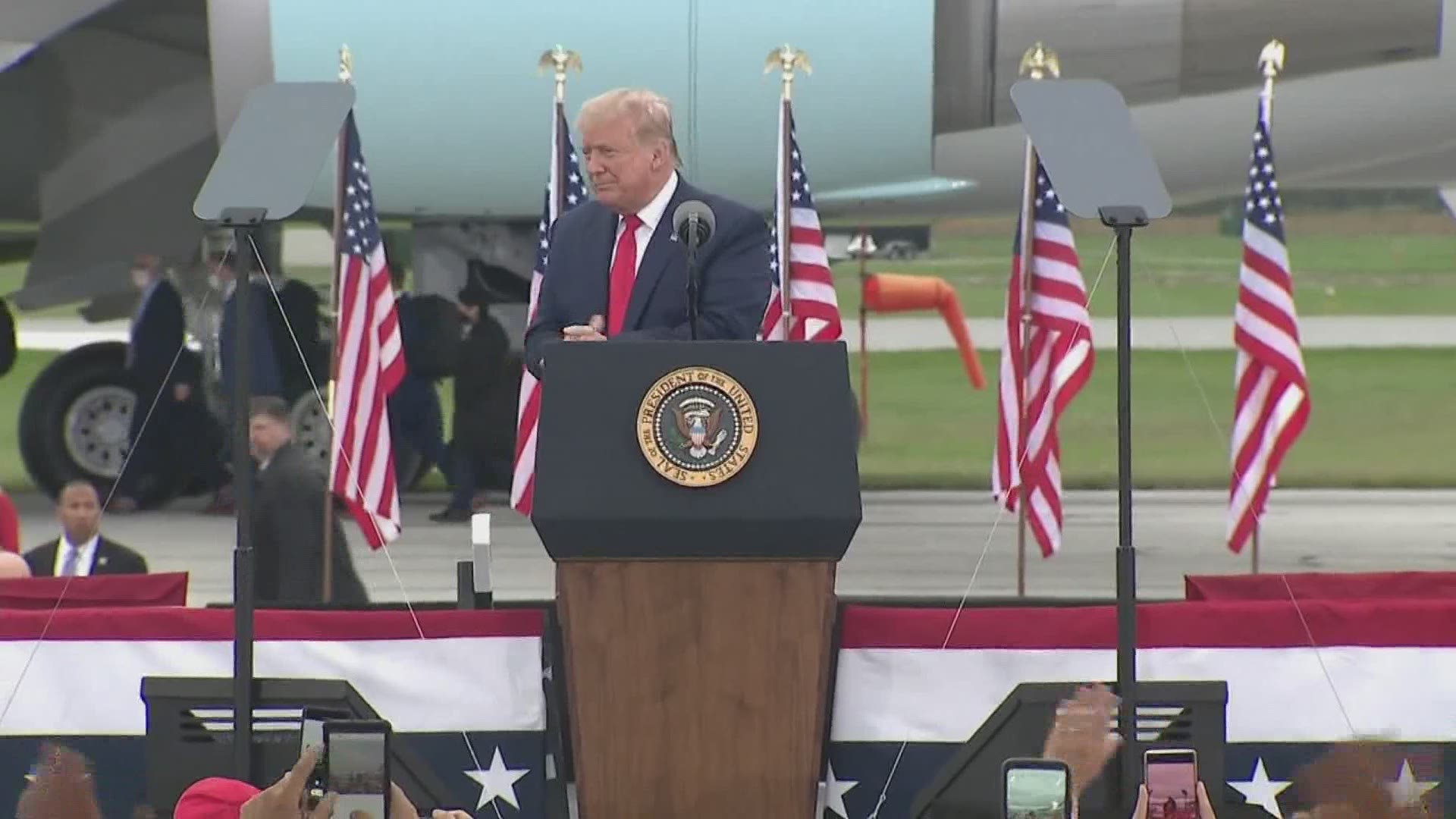 FREELAND, Mich. — Amid a political crisis of his own making, President Donald Trump tried to refocus attention on the economy at a rally in battleground Michigan Thursday as he pushed to move past revelations that he had been determined to play down the danger of the coronavirus last winter.

But the virus controversy followed him. Trump faced renewed push back from officials worried that his rallies are growing in size and flouting public health guidelines intended to halt the COVID-19 spread. This week, the state of Nevada became the first to scuttle his plans for rallies initially set for Las Vegas and Reno. Michigan's Democratic Gov. Gretchen Whitmer has also raised alarms about Thursday's event.

After stepping down from Air Force One, Trump reveled in the crowd of several thousand, packed shoulder-to-shoulder in an airport hangar, mostly without masks.

"We've brought you a lot of car plants. You know that, right?"," Trump declared to a cheering crown in Freeland.

Both candidates have been paying Michigan frequent visits, with Biden traveling to suburban Detroit on Wednesday to make a direct appeal to blue-collar workers who might have voted Republican four years ago but now regret it.

Trump has also tried to keep those voters' support, and at his rally Thursday he pushed back, accusing Biden of supporting trade deals and policies that moved jobs to other countries, including China.

"Not only does Joe Biden want to eliminate jobs, he wants to eliminate your borders," Trump said. "He's promised to flood your state with refugees."

Michigan's unemployment rate spiked at 24% in April, according to the Bureau of Labor Statistics. It has since recovered to 8.7%, but Michigan has nearly 414,500 fewer jobs than it did when Trump was inaugurated.