Louisiana reps say impeaching President Trump would be a 'mistake'

“To send this nation through the divisiveness, all it does is it further ramps up exactly what led to the violence that we saw,” Graves said. 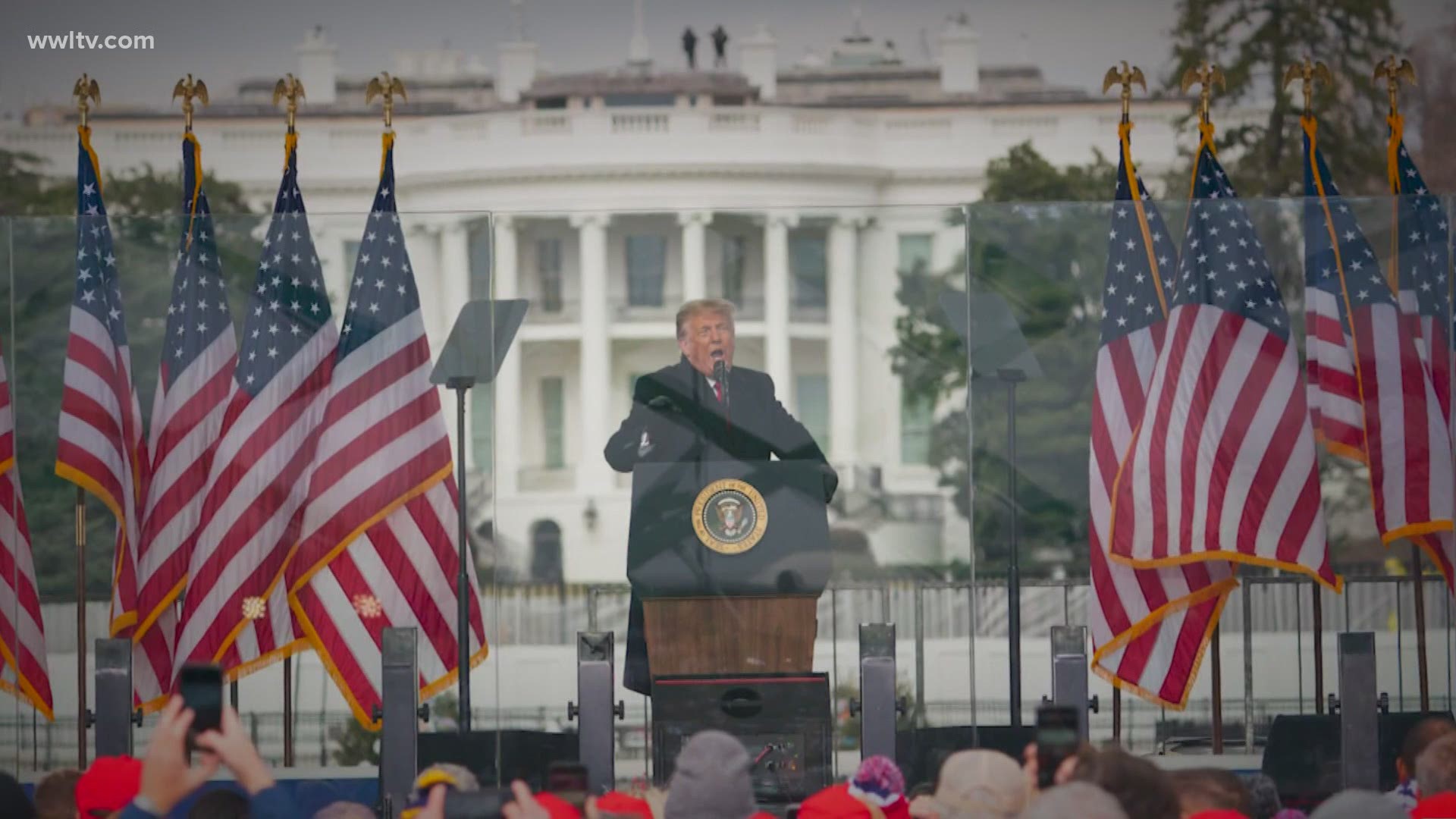 NEW ORLEANS — There is more political fallout from last week’s riot at the U.S. Capitol.

House Democrats have introduced a resolution to impeach President Donald Trump for a second time.

The new Article of Impeachment accuses the President of a single charge, “Incitement of Insurrection.”

It alleges the President’s conduct last Wednesday, gravely endangered the security of the United States.

The House is expected to vote on whether to impeach later this week.

But he says it would be a mistake for Congress to remove him from office.

“To send this nation through the divisiveness, all it does is it further ramps up exactly what led to the violence that we saw,” Graves said.

Graves said it would be better for the country if the President effectively resigns.

“What I mean by that is that effectively he will not be out there talking, speaking, wielding the full authority and the power of the White House, maybe even technically finding a way to hand over the keys to Vice President Mike Pence," Graves said.

Congressman Clay Higgins, a Republican from the Lafayette area said, “I am firmly opposed to this Democrat political stunt. I am a NO on any impeachment vote and the resolution to invoke 25th Amendment procedures. These unwarranted maneuvers only serve to further divide our country.”

The 25th amendment outlines procedures for ousting the president from office when the vice president and a majority of the President’s executive officers declare the commander-in-chief unable to serve.

“I think there’s a decent shot the House of Representatives could go ahead and actually vote on the Articles of Impeachment,” Brox said. “There’s no chance the Senate will act on it before Jan. 20. We’ll have to see what the stomach, particularly among Senate Republicans for doing this.”

It takes 67 of 100 votes in the Senate to convict on an impeachment.

If the president is impeached and convicted after he leaves the White House, he could be barred from ever holding office again.