Workers are asking if the company broke the law. 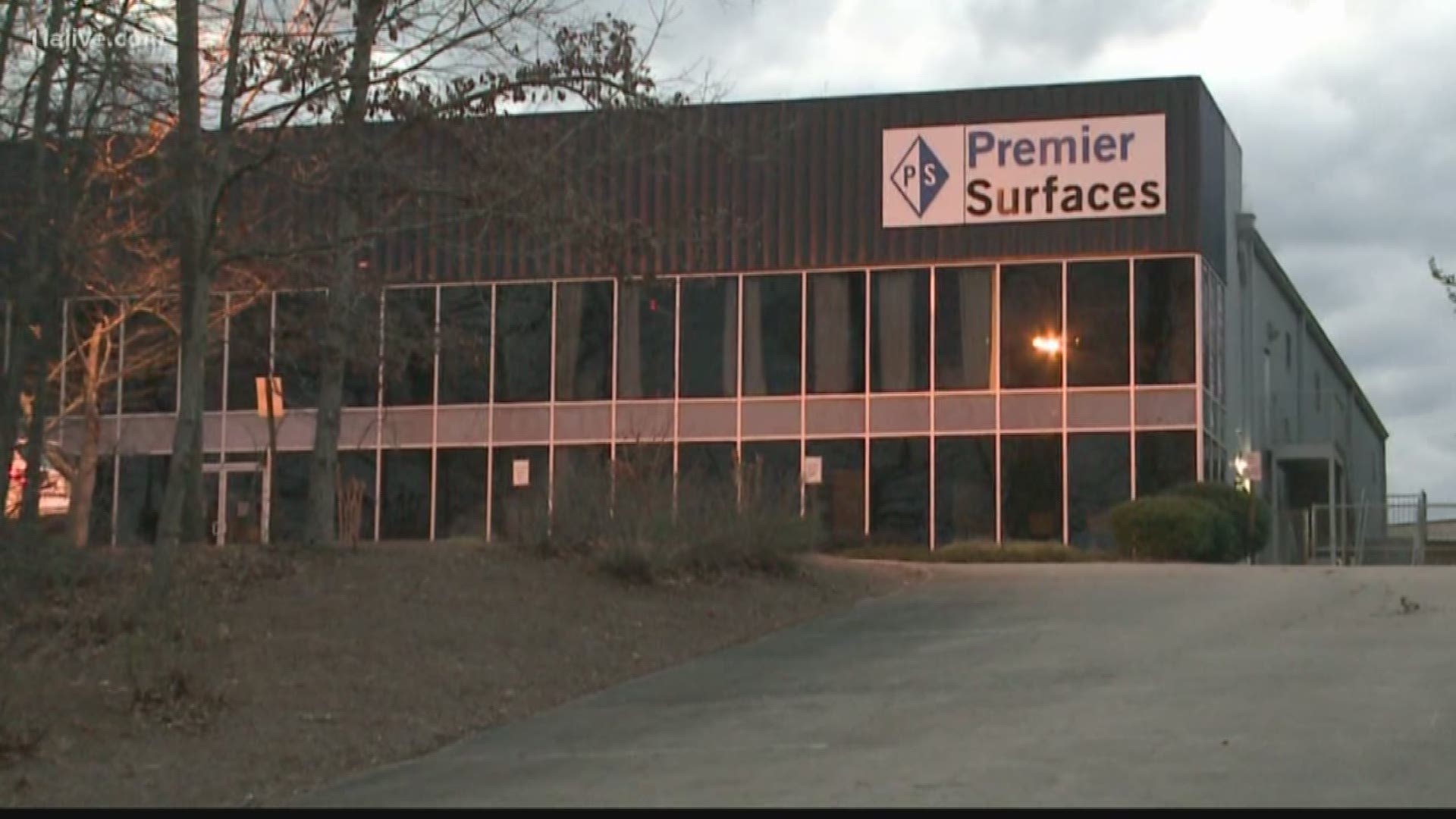 Workers said that Premier Surfaces in Alpharetta notified them in an email that, after nearly 20 years, the business was shutting down effective immediately. They claim the company is not offering any severance pay, back pay, or even COBRA medical coverage.

Company executives have all but vanished while still owing money to employees and to customers. Now, workers are asking if the company broke the law.

A promotional video and photos for Premier Surfaces, which are on the company’s still-active Facebook page, advertise how the company’s sparkling, custom stone countertops - such as granite and marble - can transform homes and businesses into showcases.

But suddenly, on Dec. 23, employees received an email from the business’s parent company, saying, “the company has been going through some financial issues,” and a cash infusion from the ownership group had not been enough to save it from going under; so the owners were planning to sell various parts of the company and try to restructure.

“The team has worked extremely hard to try and right the ship,” it continued.

On Jan. 3, which was the last day of the employees’ holiday break, the company sent them another email saying the company was shutting down effective immediately and that they should not return to work. Their health insurance coverage was canceled and they would have no access to COBRA.

And she said customers who paid thousands of dollars in deposits have been left with partially-completed work, without any indication they will get their money back for work that wasn't done.

An installer, Ricky Thomas, said no one can reach anyone with the company -  even to retrieve certain personnel documents to help employees apply for new jobs, and to help them expedite state unemployment claims.

He said his supervisors and managers had kept telling him he had a future with the business, and he said he was about to receive a promotion.

“I would ask them, ‘Does this company have a future?’ And they would always say, ‘Yes, it does,’ and that’s when they would fill me up saying that I was going to have a career being a lead."

“Shock, it’s still a shock,” said commercial field manager Zack Goins, who worked his way up to a supervisory position in five years with Premier Surfaces.

“Just the thought of being here and putting my life into this career and then, it’s just all gone in a matter of a week," he added. "I’m really concerned about our customers. I feel so bad talking to them on the phone because I literally have no answers for them.”

And he said he worries about health insurance coverage for his family and for his co-workers.

“Just to be blindsided, I mean I have two little babies - a 20-month-old and a 5-month-old baby - and we have no coverage, now," Goins said. "I mean, there are people that have cancer that are no longer getting coverage because we were not provided COBRA.”

Goins and other employees are trying to find out if the company violated U.S. labor laws -- specifically the federal “WARN Act,” which requires a company, in most cases, to notify employees 60-days ahead of mass layoffs.

The penalties can include up to 60 days of severance pay for each employee.

11Alive News has not yet been able to reach anyone with the parent company, Clio Holdings, or its investment-group owners.

“I mean, it hurts. It really hurts,” Goins said.

They now speak of their sadness, anger, disbelief, and their determination to pursue investigations by federal and state labor agencies, if necessary.

“So someone is held accountable,” Wareham said.

Sophie's Nightmare: How a Georgia mother allowed her boyfriend to impregnate her 10-year-old