Remains of N.O. WWII sailor identified decades after he was killed in Pearl Harbor attack 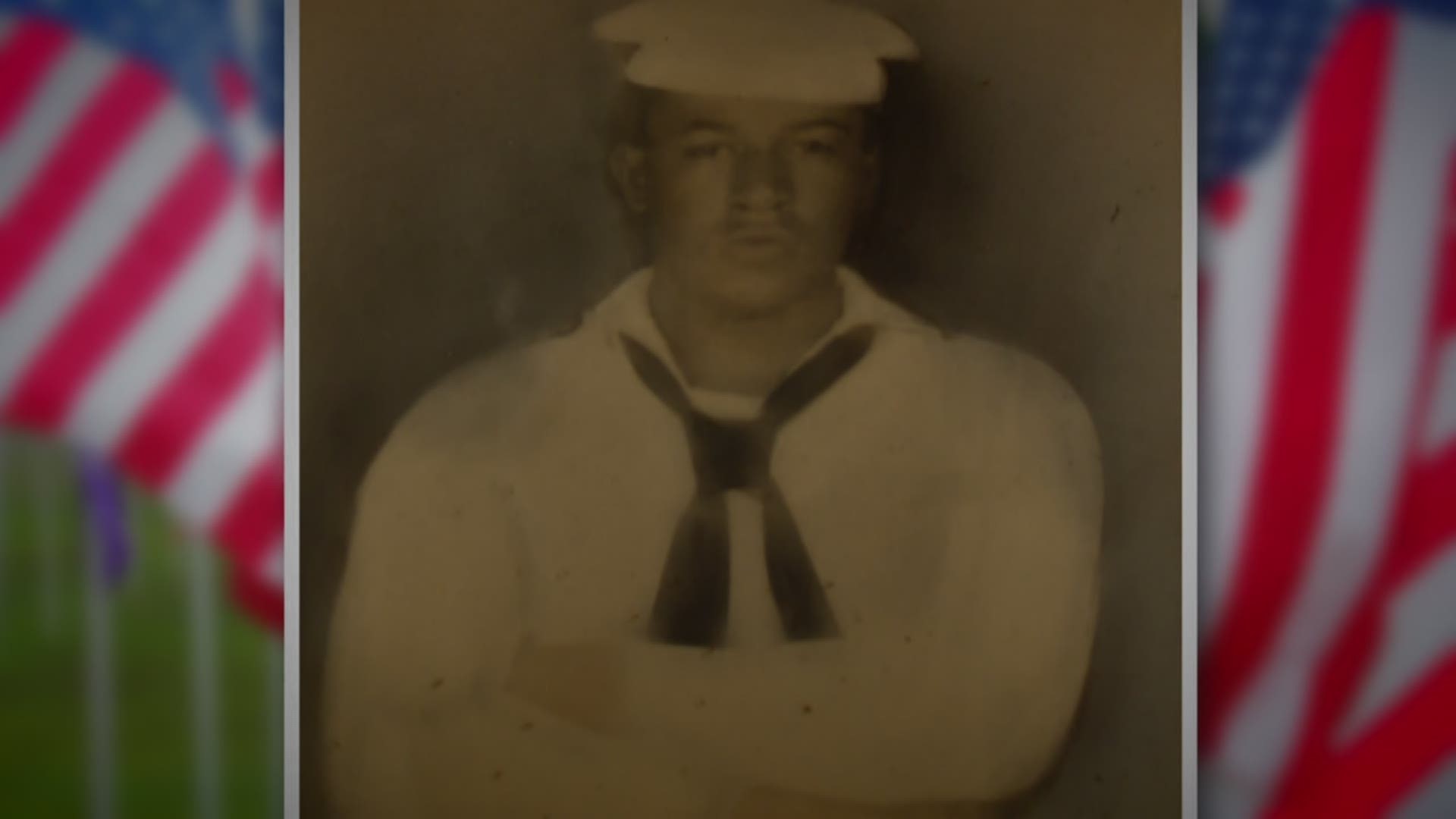 Torpedoes ripped through the USS Oklahoma on Dec. 7, 1941, during the Japanese attack on Pearl Harbor.

Cyril Isaac Dusset, a cook from New Orleans, was trapped below deck during the bombing.

He was among the 429 sailors and Marines who died as the ship sunk into the Pacific Ocean.

"He was a young man who left at a young age,” Dusset's nephew Glen Dusset said. He described his uncle an ambitious young man who joined to Navy as a way to improve his life.

Dusset's family members recently received the news they've been waiting for for generations: Cyril is finally coming home from the war.

He was buried among the "unknowns" for nearly 76 years in a Hawaiian cemetery called the Punch Bowl.

Two years ago, the Defense POW/MIA Accounting Agency began to dig up the remains of those who perished aboard the Oklahoma.

New DNA tests have positively identified a growing number of those remains, including those belonging to Cyril Dusset.

Glen Dusset has his uncle's military medals, including a Purple Heart, and the sailor's photographs displayed in his house in New Orleans East.

"To me, he's my American hero," Glen Dusset said. "I'm looking at this picture, and he's looking like he's very determined, he's confident. In fact he looks pretty good in that sailor uniform."

Artifacts from the Oklahoma are on display the National World War II museum in New Orleans.

The museum has a partnership with the Department of Defense to help identify the remains of 40,000 service members from the war.

"We believe that we should not stop trying to bring those people home, and every little effort that we can make to further bring those heroes home is something that we should all do as Americans," said Keith Huxen, the museum’s senior director of research and history.

Huxen added that Cyril Dusset is another example of how World War II didn't end in 1945. "Even today it is something that shows that the war is still with us, even as the World War II generation is, unfortunately, passing from the scene.”

Diamond Dusset said bringing his uncle home will give his family closure.

"We always knew one day -- one day -- he will get his recognition," Diamond Dusset said. "The family would be proud."

"Even though I have never met him … it's going to be emotional," Glen Dusset said. "I just hope he'll be home and finally at peace."