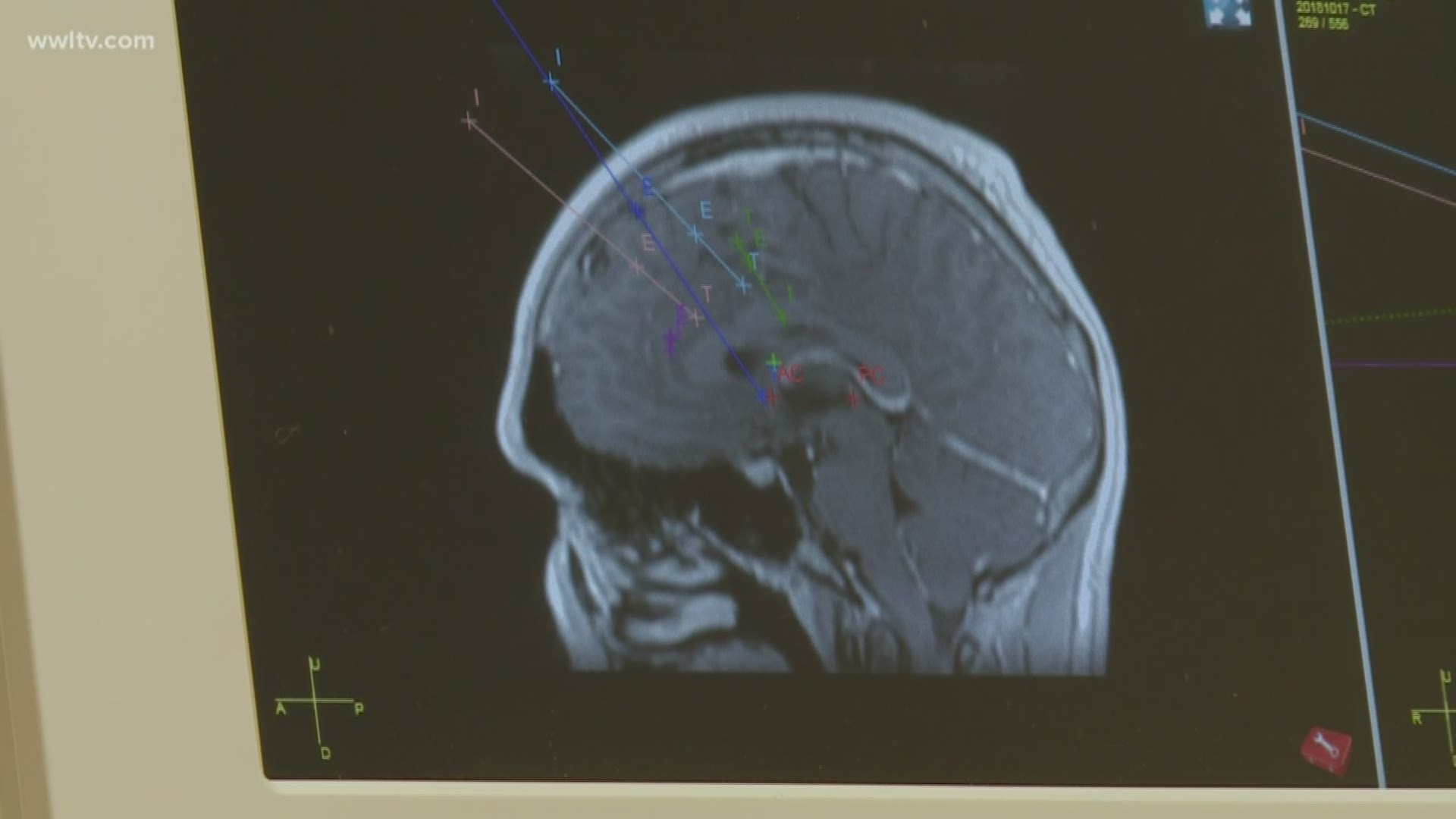 NEW ORLEANS — After having seizures for more than 10 years, a young man with epilepsy from southwest Louisiana is the first person to have a robotic brain procedure in New Orleans, that so far, is keeping him seizure free.

Hunter Langely came to Children's Hospital for the life-changing surgery that is making a difference in his quality of life.

Doctors recorded the young man having a seizure as his doctor and mother were at his side. At the same time, LSU Health neurologists recorded the brain electrical activity as the impulses go from smooth to erratic looking.

There were some days Langley would have 120 seizures. Today, he has been seizure-free for six months.

Hunter described a seizure like a hand grenade going off in his head. He and mom even got matching brain grenades tattoos.

ALSO: 'His footsteps were small, but mighty' - family reacts to kindness, donations

But in January, Langely had life-changing surgery with the new ROSA robot at Children's Hospital. It helped neurosurgeon Dr. Jerome Volk put leads in Langely brain, to find the exact spot causing the seizures, without causing damage.

"Now with minimally invasive techniques, we're able to take the planning that we've done and point out exactly where we need to drill the hole in the head," explained Volk, an LSUHSC Pediatric Neurosurgeon in the Culicchia Neurological Clinic, who practices at Children's Hospital.

Then he could go back in and remove the small piece of brain causing problems.

ALSO: 'I wanted to give him a life' - couple talks about impact of baby who lived for only 17 hours

"The farther out that Hunter is and remains seizure-free, the much more likely that we can potentially, some day, say that he is cured of his epilepsy," said Dr. Jeremy Toler, an LSUHSC Pediatric Neurologist who practices at Children's Hospital.

"I'm so glad I let him go through with it because I wanted to talk him out of it, because I was just scared," said Langley's mother, Raven Bailey.

"Now that he has that, he can actually make plans for the future," said Billy Bailey, Langely's stepfather.

He has made plans, now with his own home, and someone special. And he has hopes for getting a drivers license for more independence.

Since Langely's surgery, the doctors have used the ROSA robot to also do surgery on people with brain tumors.