Saints fever is actually healthy for our emotions

LSUHSC Psychiatrist Dr. Lee Michals says the outfits and cheering makes us feel like we are in this together and part of something bigger than ourselves 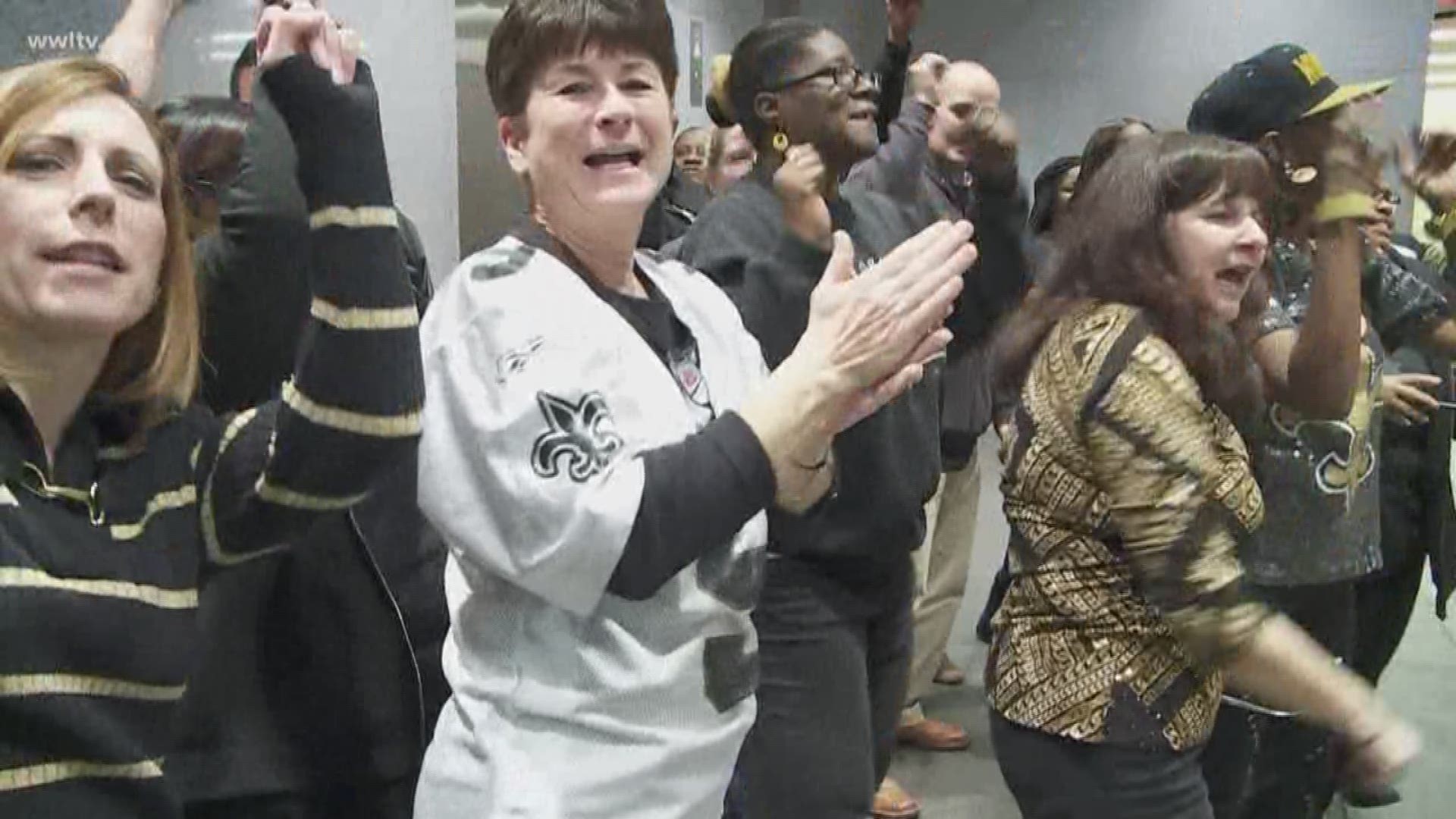 It's a beautiful day, the weekend is here, and the Saints are in the playoffs. It's the trifecta that's putting people in a great mood. The Saints playoff weekend is making a difference in our emotional health.

I'm used to going to quiet hospitals and medical schools to gather health information, but Friday in those same venues, something different was in the air. Workers could be seen dancing and chanting to 'Who Dat.'

The hard-working health care providers at UMC and those who keep LSU Health Sciences Center and Medical School running, were showing their black and gold euphoria like the rest of us.

"We're going to win too. We going to the Super Bowl. Super Bowl Baby!" said a member of UMC staff.

"I don't think we're going to lose, tell you the God's honest truth. The road to the Super Bowl is through us," said a man picking up a patient.

"I'm going to get 'Who Dat' under it," said a patient with a Fleur de Lis tattoo. " 'cause we winning now. We going to the Super Bowl. I guarantee you we going."

People were wearing Saints boots, and tennis shoes, and booties. There's every possible kind of Fleur de Lis jewelry, .and there are black and gold fingernails, and head bands and hair bows. And to go with every sort of Saints outfit, excitement, joy, and camaraderie.

"I just love the Saints, everything about the Saints. It's New Orleans. Naturally N'awlins!" laughed Hazel, 66, who works for LSUHSC in parking and lead her co-workers in cheers and dancing.

LSUHSC Psychiatrist Dr. Lee Michals says the outfits and cheering makes us feel like we are in this together and part of something bigger than ourselves.

"Old saying is, 'See you next year.' You know what I mean?" said the fan picking up a patient at UMC.

Dr. Michals says if the season comes to an early end, just like celebrating together, it's good to let out your frustration and commiserate with other fans and friends.