The woman is charged with child desertion and second degree cruelty to a juvenile, which comes with a maximum penalty of imprisonment at hard labor for not more than 40 years. 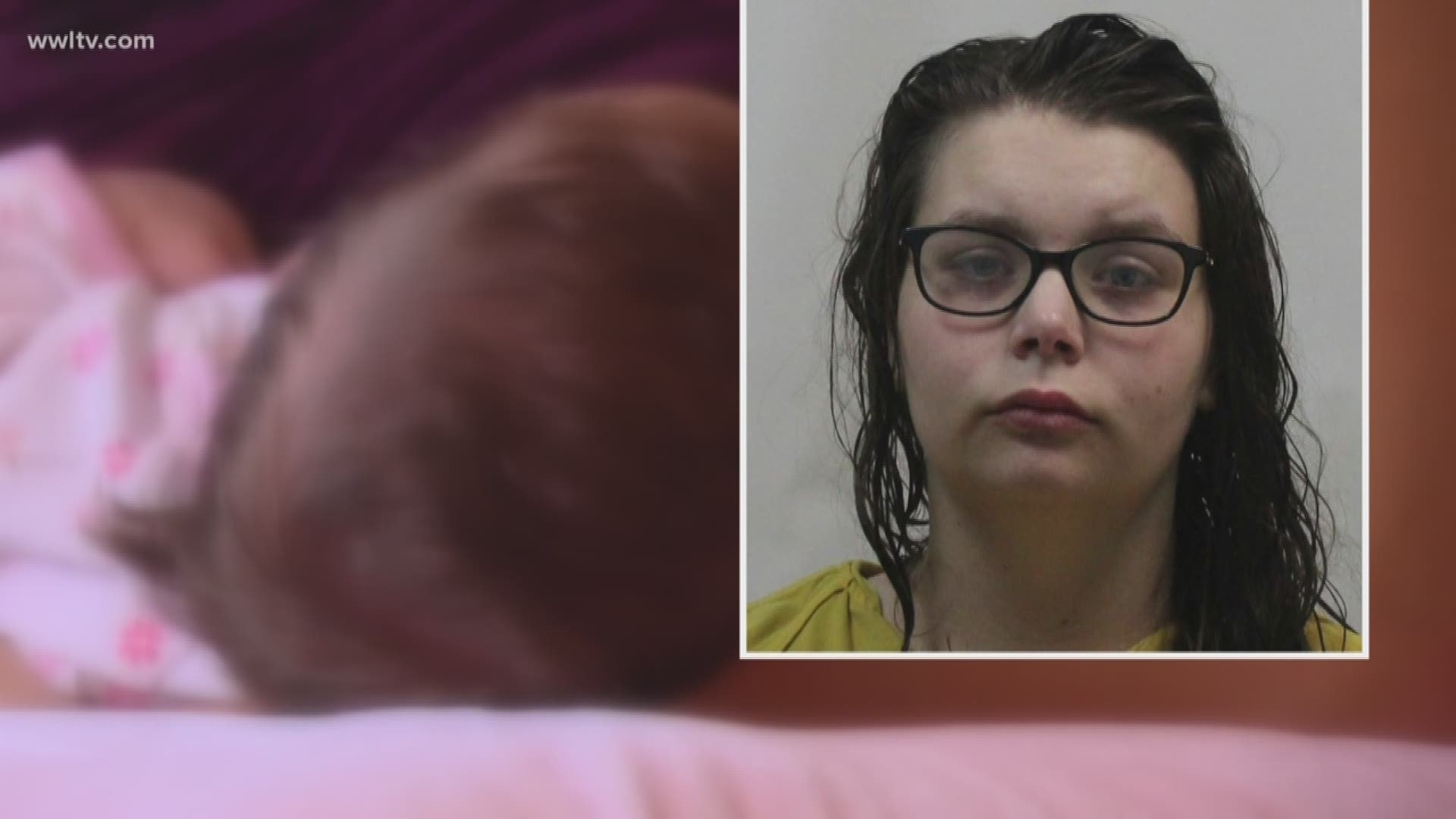 ASSUMPTION PARISH, La. — A mother from Pierre Part, Louisiana is out of jail tonight, after her baby became very sick and she admitted to smoking marijuana before breastfeeding.

The woman posted bail on a $125,000 bond and is awaiting arraignment but her infant son is still under doctor's care in an undisclosed hospital, according to the Assumption Parish Sheriff's Office.

The case came to light in a quiet Assumption Parish neighborhood, when first responders were called out on Sunday because a three-month-old baby boy was having seizures.

"One of the medics actually informed the emergency room staff that he felt that he smelled marijuana," Falcon said.

Tests revealed marijuana in the baby's system. His mother, Kassidy Rodrigue, 22, was arrested. According to Falcon, she admitted to smoking pot before breastfeeding.

RELATED: Is it the cold or the flu?

Rodrigue is charged with child desertion and second degree cruelty to a juvenile, which comes with a maximum penalty of imprisonment at hard labor for not more than 40 years.

The sheriff says family members believe the baby boy has other medical problems, so Eyewitness News found the baby's grandmother to get the their side of the story.

"The only thing I feel like anybody needs to know, is my daughter is not in jail. She's with her son and we as a family is going to move on to what comes next. It's not for the public to be worried about," said Rodrigue's mother, who did not want to give her name or elaborate on why she thinks the baby has other medical problems.

The sheriff said the law is clear: No matter what caused the seizures, an infant tested positive for a Schedule I drug.

"Our case is based on the fact of the transfer of an illegal substance to the child, regardless if there are other medical aspects to it," said Falcon.

LSU Health Addiction Psychiatrist Dr. Lee Michals said while a scientific link to seizures is still not clear, the way marijuana can be passed on to babies is clear.

"The studies that we have so far, absolutely show that the psychoactive chemicals in marijuana smoke by a nursing mother are transmitted, you know, to the infant through breast milk," said Michals.

"Some babies in previous studies have shown some problems, short term problems, like lethargy, difficulty sucking when they're breast feeding, poor weight gain because they are not breast feeding well," said Tulane Section Chief of General Pediatrics Dr. Patrice Evers.

RELATED: Medical discovery made in New Orleans is headed to space

She said the American Academy of Pediatrics still says 'no' to using pot and breastfeeding but state breastfeeding rates are finally up, potentially helping health outcomes. Doctors are hoping current pot studies will help define its effects.

"It's a sad situation you know when a child is impacted that way. You know, we continue to pray for the full recovery of the child," said Falcon.

Meanwhile, the baby boy is still in a hospital under medical care.

A "Support for Kassidy and Austin Rodrigue" GoFundMe campaign was started on Friday, which contends that... "The childrens hospital Austin was sent to has stated, THC did not cause the seizures," according to the organizer.

"Kassidy and Austin need support and financial help in this time, for her to hire a lawyer and for any medical bills that will accumulate for Austin," the organizer wrote.

Michals said when it comes to addiction treatment, women are less likely than men to get help,  but more likely to be successful.