The marble and granite monument, erected from 1902-1906, features the busts of four Confederate generals and a 7-foot-tall statue of a young solider. 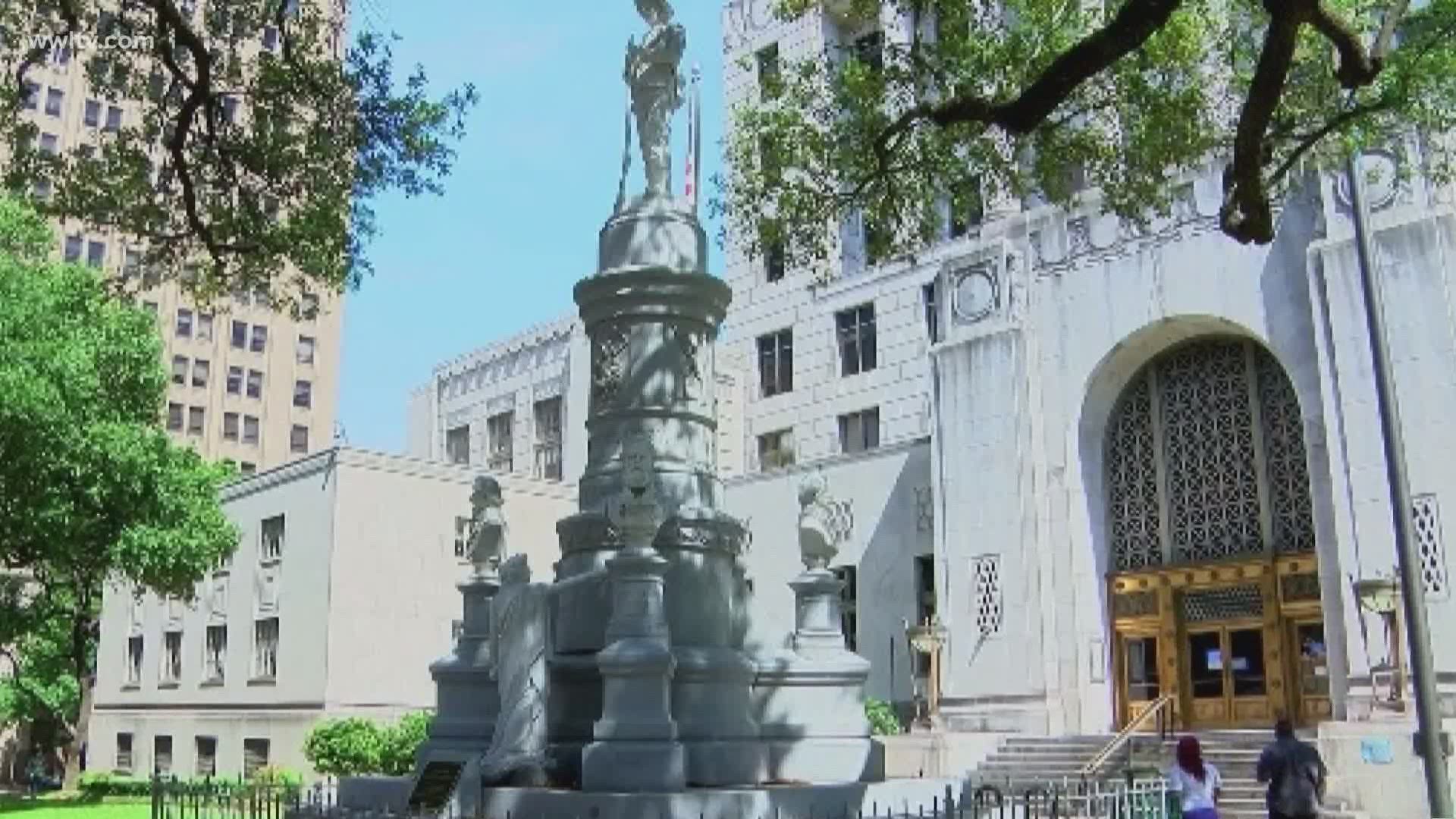 NEW ORLEANS — The United Daughters of the Confederacy has agreed to let a north Louisiana parish move an ornate 30-foot-high Confederate monument from the courthouse grounds to private land.

“We are saddened that our monument will be moved from the parish courthouse, but it will be going to a place of honor on private land and along side graves of Confederate heroes to fulfill its purpose as a tombstone for soldiers from Caddo Parish who died on distant battlefields,” the group’s Shreveport chapter wrote on its website Monday.

Caddo Parish officials and members of the group signed a settlement Monday to end a state court suit against the Caddo Parish Commission, which voted 7-5 in 2017 to move the statue, news agencies reported. They reported last week that the commission had voted 11-1 to surround the monument, where racial injustice protesters have gathered, with a high, topless box to prevent possible damage and to ease tensions.

Federal courts had thrown out an earlier lawsuit claiming the move away from the courthouse in Shreveport would violate the group’s right to free speech and that it held a “private property interest” in the spot on the courthouse lawn where the monument stands.

The parish will pay all costs of disassembling and moving the 40-ton (36-metric-tonne) monument and will take out a $2 million insurance policy in case the monument is damaged, according to the Daughters of the Confederacy. The parish has set aside $500,000 for the project.

The marble and granite monument, erected from 1902-1906, features the busts of four Confederate generals around a tall pedestal on which stands a 7-foot-tall statue of a young soldier facing north. Lower than the busts, a life-sized figure of Clio, the muse of history, points to the phrase “Love’s tribute to our gallant dead” in a 3-foot-high book of remembrance.

It was put on the National Register of Historic Places in 2014, at the request of the Daughters of the Confederacy chapter. The National Parks Service describes it as “one of four major Louisiana monuments representing what is known by historians as ‘the Cult of the Lost Cause.’”

The other three, all in New Orleans, were taken down in 2017.

Two parish commissioners cited the parish’s post-Civil War reputation as “Bloody Caddo” in 2017 as a reason to remove the monument from courthouse grounds, The Times reported.

The parish was the most violent in a violent state, with less than three percent of Louisiana’s population but sixteen percent of all homicides in the state during Reconstruction, university professor Gilles Vandal wrote in a 1991 history article.