Lakeview residents report hearing multiple booms, one of which is seen on surveillance 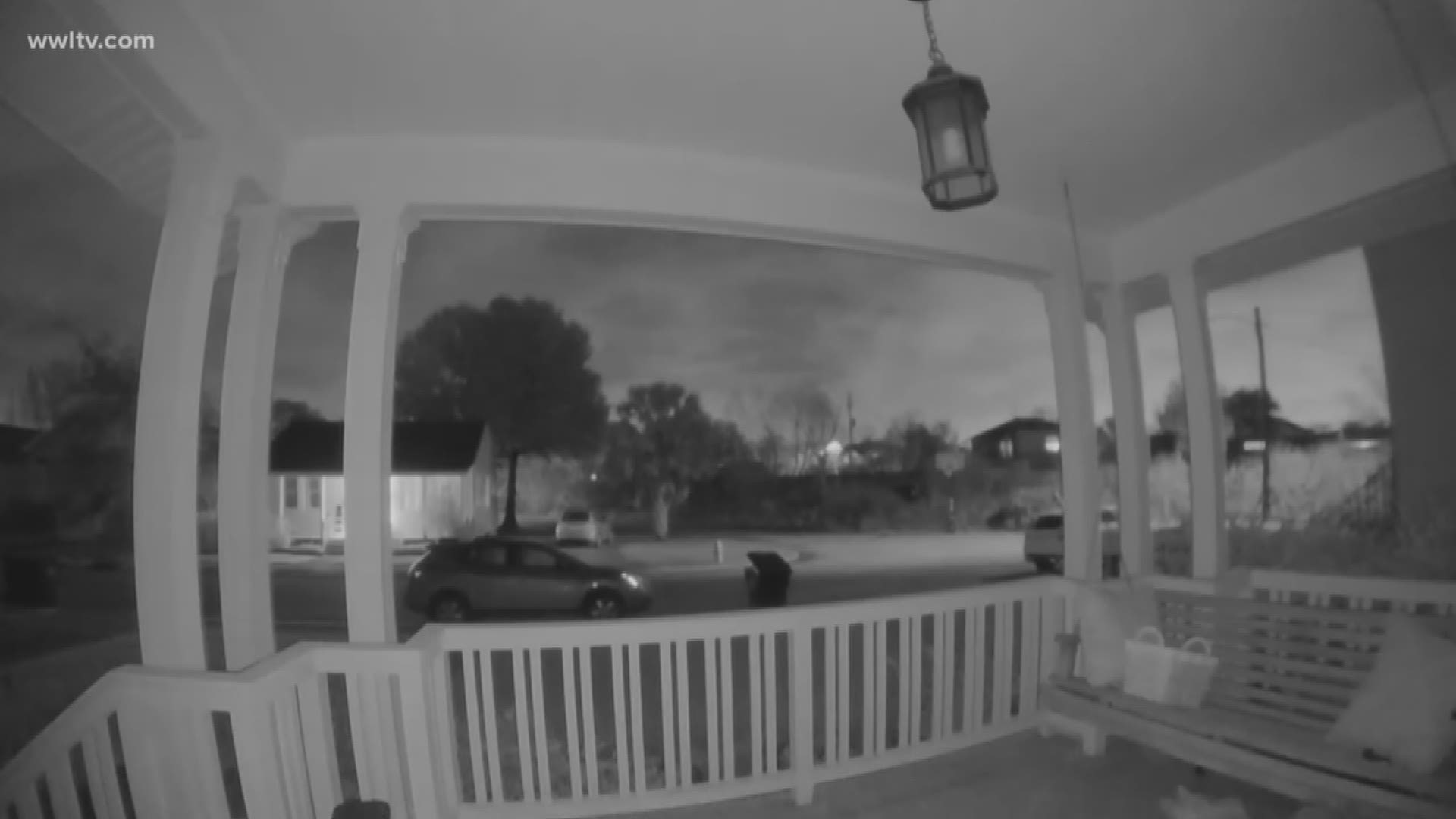 NEW ORLEANS — The mystery surrounding the strange explosion-like sounds heard by residents in the metro area continues to grow. Late Monday night, several were heard in Lakeview, one of which was caught on camera by Eyewitness News.

A story that began in Mid-City, has taken crews to Harahan, River Ridge and Wagaman. Now we go to Lakeview, where late Monday night, the mysterious 'booms' were heard again.

The surveillance video shows a flash of light, followed by the loud bang.

"If it was some kind of transformer, you would think Entergy would be out here," said Sandoval.

She also said her power never went out or flickered, and a walk around the area showed no signs of debris on the ground either. The noise was loud enough to set off car alarms, and wake up people in the area.

"You get to the point where it's continuing to happen," said Catherine Norton.

Norton just can't figure it out, but knows this one hit close to home.

"Maybe there's a derailment or a car ran into another one or something of that nature, but it's not," she said. "When you've been here since 1984 you know these sounds."

Norfolk Southern had nothing unusual to report, also the video shows no train in the area at the time of the incident.

Eyewitness News also confirmed there's no filming in the area, a theory that's been floating around.

"Whatever it was, was out of the scope of the camera," said Sandoval.

Even with video showing these bomb-like sounds, its source remains a mystery. Leaving many with more questions than answers as to what it could be.

"I'd like to get to the root of it," said Norton. "What is it? The curiosity is the biggest factor people want to know. What is it? What is the sound?"

We've reached out to the New Orleans Police Department and City Park who are looking into it. We also reached out to Entergy who says it's nothing on its end. City Hall has not had any reports of it.

There is another theory that's been brought up before, which could explain it. Hydrogen-filled balloons which when lit would create a similar effect to what's seen in the surveillance video. However, at this point that hasn't been confirmed.