The new discovery could speed up the timetable for converting power from steam to electricity at the New Orleans Sewerage and Water Board. 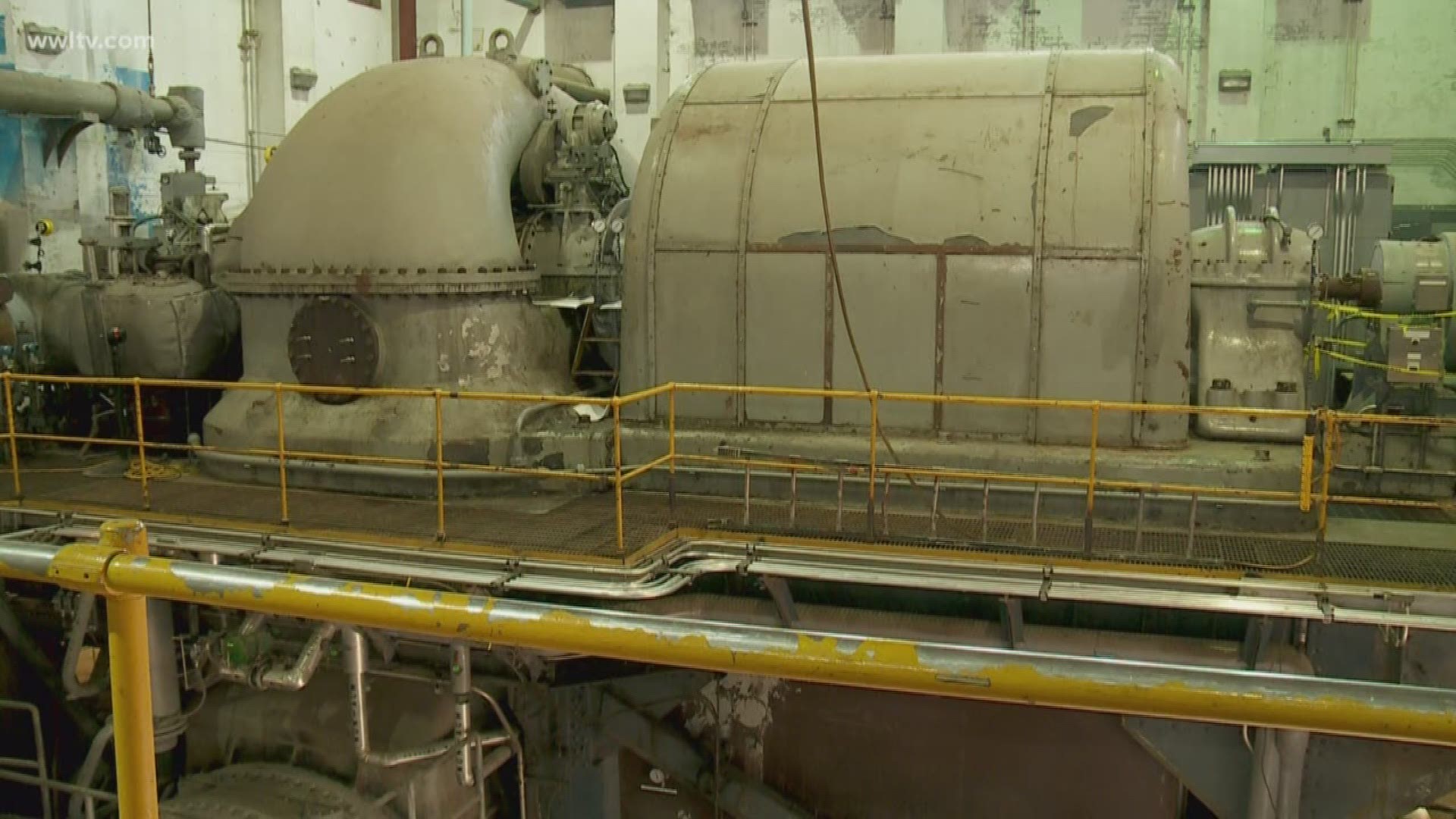 NEW ORLEANS — The Sewerage & Water Board on Tuesday said it recently discovered that for the last century, it has used clean drinking water to cool its steam-powered turbines, then returned the cooling water to the drinking water system without re-treating it.

S&WB Executive Director Ghassan Korban said the public was never at risk and the city’s drinking water is safe. The drinking water that’s been used to cool the steam never leaves a closed system of tubes and coils as it passes through steam-powered turbine generators that produce electricity for the city’s water and drainage pumps, Korban said.

But cross-connections like that are prohibited by state health regulations — regulations established long after New Orleans started using the process.

Korban said nobody realized the S&WB was violating that until looking recently at how to replace steam power, and they self-reported the violation to the Louisiana Department of Health.

"The tests that we've already implemented found that the water is still safe. We have not found any new contaminates or anything in the water that concerns us whatsoever. We are still well within regulations, well within all national normal and safe standards," Korban said.

The findings were announced during a special meeting at the S&WB headquarters Tuesday morning, a few hours before a recent boil water advisory was lifted.

In that meeting, Jennifer Avegno, the director of the New Orleans Health Department, also confirmed the city's drinking water was not jeopardized by the cross-connections.

"Based on all of the information that we've been provided and continue to be provided, that our drinking water is safe to consume," Kantor said.

On Tuesday afternoon following the meeting, LDH sent out an official notice of violation to the board, stating "Cooling water from turbines and steam pumps located in the powerhouse... is being introduced into the finished water clearwell" at the S&WB's Carrolton Water Plant.

The notice does not include a fine to the agency, but they will have 90 days to respond with an official plan that does not return cooling water into the drinking water well.  Additional water testing will also be required moving forward.

Korban said that the utility has taken proactive steps to meet LDH and city health codes and has created a new water testing process.

Those steps, according to the agency, include increased water quality testing and beginning the long-awaited conversion of S&WB Pumps A and B from steam-based to electric motors.

While officials reiterated the public was never at risk, the oversight highlighted the S&WB's long-overdue need to modernize its power and pumping systems. And a permanent fix to the system is years away.

Korban said as steam-cooling processes change, the agency will be switching from using Turbine 4 to Turbine 5. That's because the newly-refurbished Turbine 4 demands the largest use of cooling water, roughly 40 percent.

"We spent $30 million, the previous administration on this same turbine last year and it's the same one that we're needing now to take off line," Mayor LaToya Cantrell said.

Cantrell said the S&WB is spending four times as much to generate its own power than it would purchasing electricity from Entergy.

In the meantime, Korban said the agency will install new frequency converters so it can purchase more power from Entergy.

To Cantrell's point, Korban said the endgame for modernization would be a new in-house substation that, by Entergy's numbers, would cost about $20 million to build. That figure, however, does not include the cost of real estate or connecting the station to the rest of the system.

"So, we're looking at a 40-50 million cost at the end of the day. That's probably about five years out," Korban said.

Since the August 2017 floods, and following the WWL-TV "Down the Drain" investigation, the city has made some improvements to its power and drainage systems.

RELATED: S&WB has made progress, but many problems remain a year after WWL-TV investigation

Cantrell, however, said a large investment needs to be made to phase out steam generators —  money the agency does not have.

"There is a large investment in this utility that has to be made and money, quite frankly, that we do not have," she said.

Councilmember Jay Banks who also sits on the board agreed but said that for the funds to come from taxpayers, assurances would need to be made.

RELATED: S&WB's new general superintendent is no stranger to the agency

"Before we can go and ask for any more, we've got to let them know that what we're doing, we're on the right trajectory. We're doing what we need to do to make sure that every dime that we do ask for, every dime that we spend is being the best way that we can," Banks said.