The state looked into those mystery seeds people were getting, here's what they found

The seeds appear to be a part of a "brushing scam" 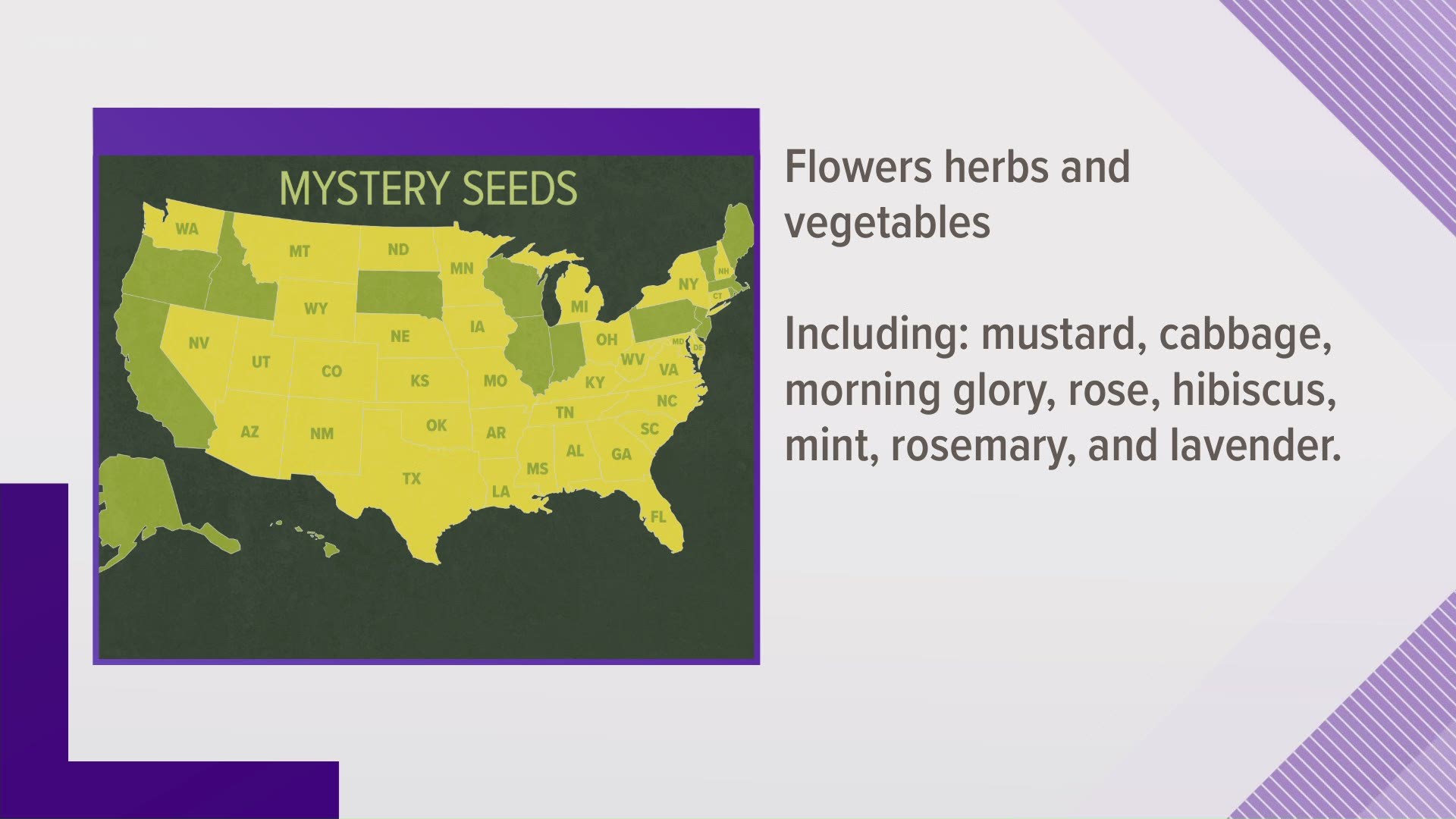 NEW ORLEANS — Over the past two months some residents in New Orleans received a package that included "mystery seeds" originating from China. The small packets have led to a lot of speculation.

The seeds appear to be harmless, part of something called a "brushing scam". The state's agriculture department collected some of the seeds and sent them to the United States Department of Agriculture to be tested.

“According to our contacts at the USDA, so far, there have been very few weeds or species containing diseases which is good news,” said Commissioner of Agriculture and Forestry Mike Strain, D.V.M.  "Anytime a foreign specimen is introduced, there is always a chance it may pose a risk to the agricultural industry or the environment and that is why it is so important we identify what is in the packages," said Strain.

Five thousand different species have popped up nationwide. But none of them have been strange. They have mostly consisted of vegetables, wildflowers and herbs.  As the USDA investigates, Amazon and other e-commerce companies have stopped selling some seeds or are working to restrict selling foreign seeds and plants.

What is a brushing scam?

It involves faking online reviews so a product appears popular. However, in order to do that, you have to set up a real sale transaction, essentially paying yourself for your own product. They also have to ship something to make it look real. The fake products end up being small and cheap to deliver. Cheap toys like those in a vending machine are also popular with brushing scams.

If you receive unsolicited seeds, visit the LDAF website at
https://www.ldaf.state.la.us/news/unsolicited-seeds-from-china/ .

There you can fill out an online collection form or call 225-925-4733. LDAF inspectors will collect the seeds and the USDA will test them for positive identification.