"This an infestation movie. You saw 'The Birds?' Yeah, something similar like that," said Roger Boudreaux. 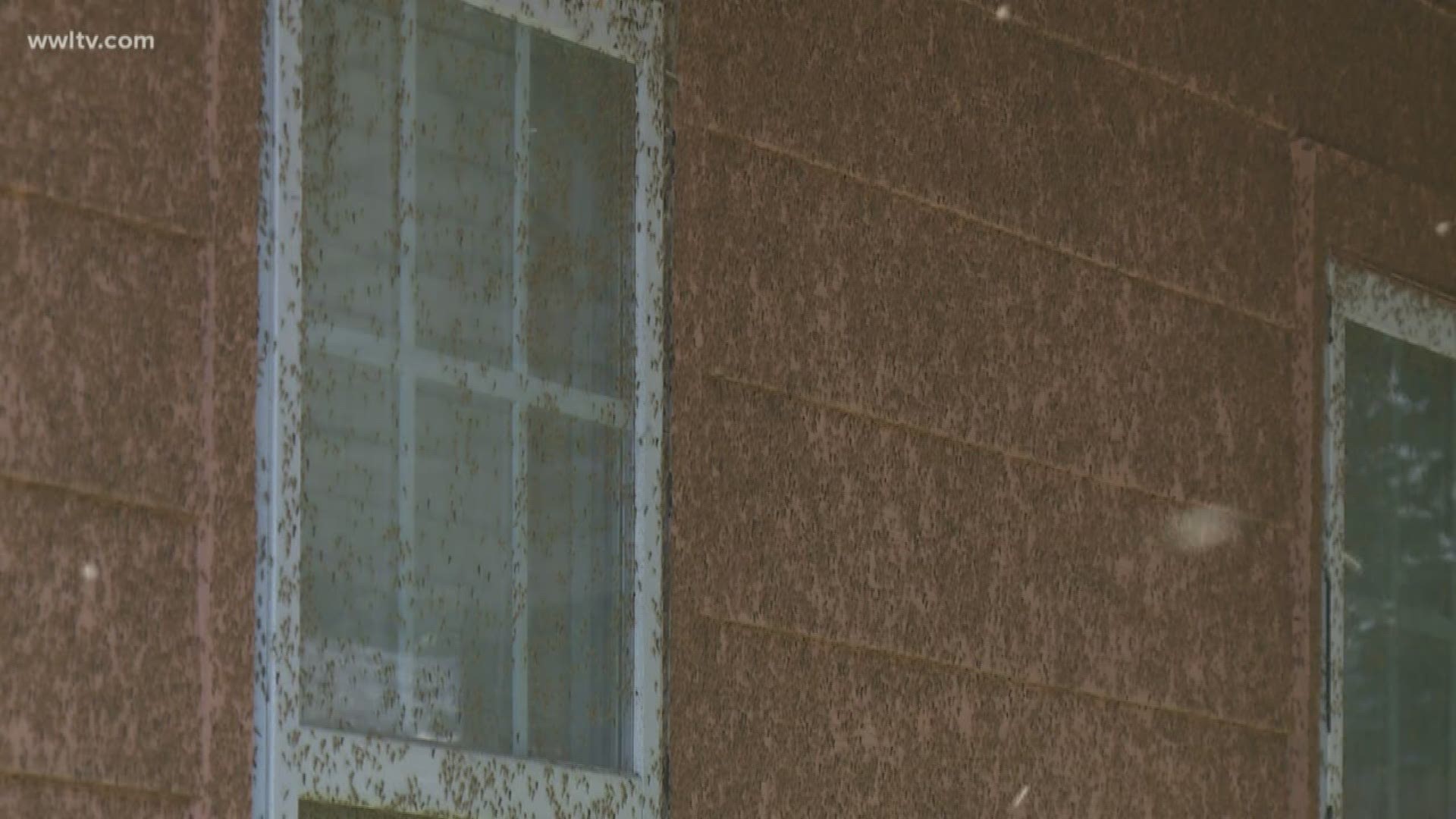 NEW ORLEANS — When people in New Orleans East woke up this morning, they thought there were being invaded by mosquitoes or termites. But it was neither.

The insect taking over their porches and walls is a bug coming from the nearby canals. It's a signal that the water is not clean.

On Friday, people who live along Hayne Boulevard in New Orleans East say they feel like they are living a real life horror movie.

"This an infestation movie. You saw 'The Birds?' Yeah, something similar like that," said Roger Boudreaux. "The things came up from the floor and I jumped out the car and I was doing all kind of crazy dancing just to get them off me. People laughing at me in the street. It was ridiculous."

"When my granddaughter woke up to go to work this morning, she could not come outside. The whole place was covered with these bugs. Just she screamed," said Silvina Henry.

The bugs are not only covering homes on the outside. One woman said she turns on the hose just to get inside, but it's not working. Her inside walls and ceiling are covered with them.

"I've been on the phone all day, all day, and I've had calls from the mayor saying, 'What's going on?'" said Ed Freytag, Research Entomologist at New Orleans Mosquito, Termite and Rodent Control.

Freytag said they are called non-biting midges. Some call them lake flies. And he has never seen this many in his 30-year career in the city.

But there is good news. They don't bite, or cause any health problems. They don't even eat in the adult fly stage. They are only swarming briefly to do, well, what the birds and the bees do.

"In three to five days, they'll be gone, because they don't last very long," explained Freytag, who says they swarm to mate and then lay the eggs in water and then die.

"I seem to have the headquarters for them. I don't mind that they're harmless, but I want them to be harmless somewhere else," said Kevin Rodney, who had them all over his lawn, bushes and in his home.

"I feel much much better, but it's spooky looking at them," said Henry after learning that they pose no health risk.

The City will not be spraying to kill the non-biting midges because they help clean up the waterways.

And experts say the chemicals in bug sprays can cause more problems sometimes than the bugs.