'This is awesome:' Eastbank Little League parade rolls through Metairie

They will also ride in their own float for Bacchus next year and serve as the grand marshals for the Krewe of Argus. 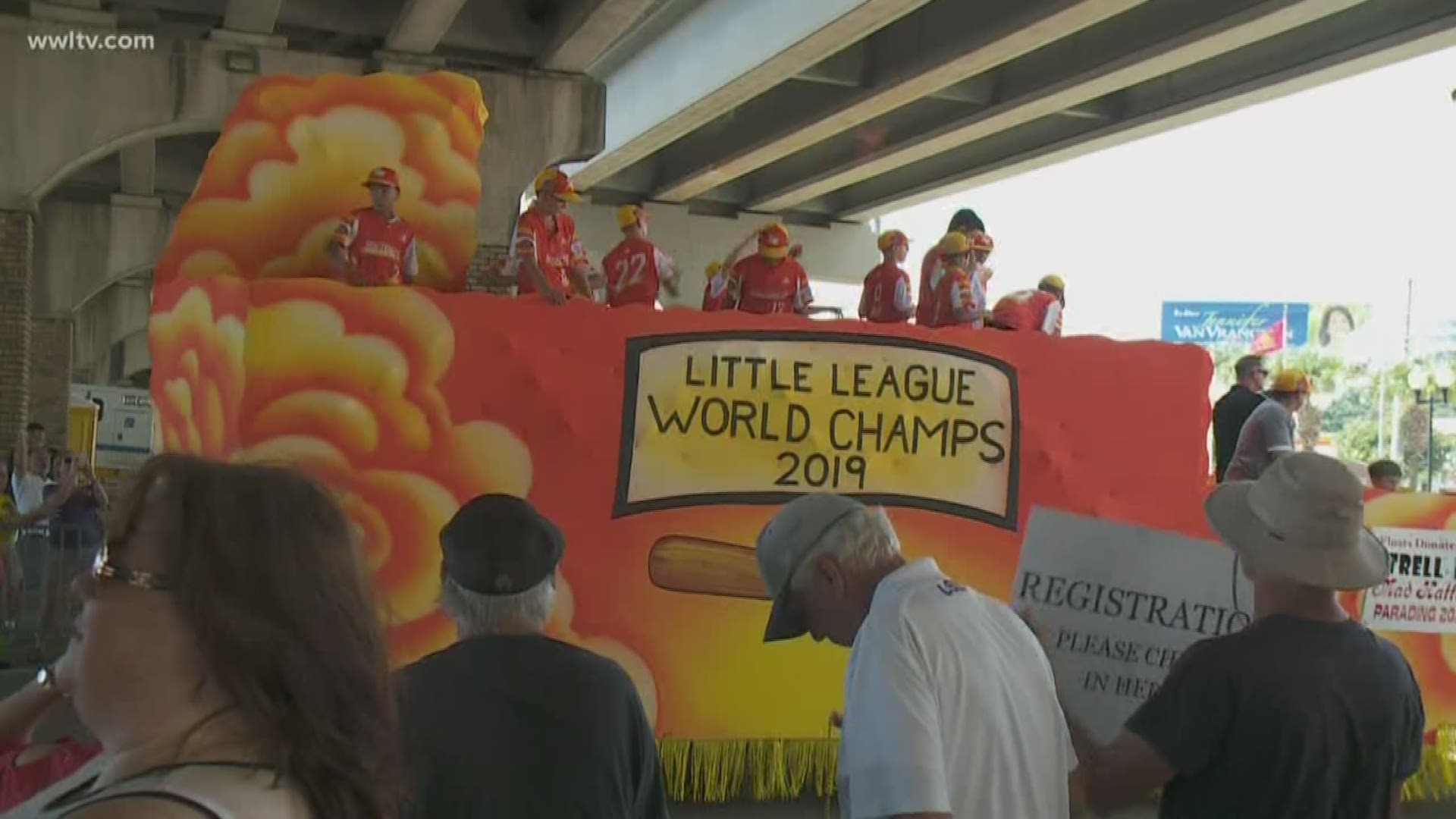 JEFFERSON PARISH, La. — Hundreds of people lined the streets in Metairie Satruday to celebrate the success of the Eastbank boys’ and girls’ teams in the Little League World Series earlier this month.

The Eastbank boys beat out 7700 other teams around the globe to claim this year’s national title, the first for Louisiana. The girls’ team stayed undefeated against their opponents to get to Little League Softball World Series title game, where they earned second place in the nation.

RELATED: President Trump to Little League champs: 'See you at the White House!'

Now, the Jefferson Parish kids have become somewhat of local celebrities. They rolled on custom floats down the Metairie parade route Saturday as they threw beads to their loyal fans.

The honors for the teams don’t stop there. The Eastbank All Stars were set to also be honored in Kenner at the annual Freedom Fest, which goes from 3:30 – 9 p.m. on Sunday, Aug. 31.

They will also ride in their own float for Bacchus next year and serve as the grand marshals for the Krewe of Argus.

Eastbank boys, girls little league teams to ride with Krewe of Bacchus in 2020