According to WWL-TV's partners at the Advocate, Tulane officials identified the student as 21-year-old senior Margaret Maurer. 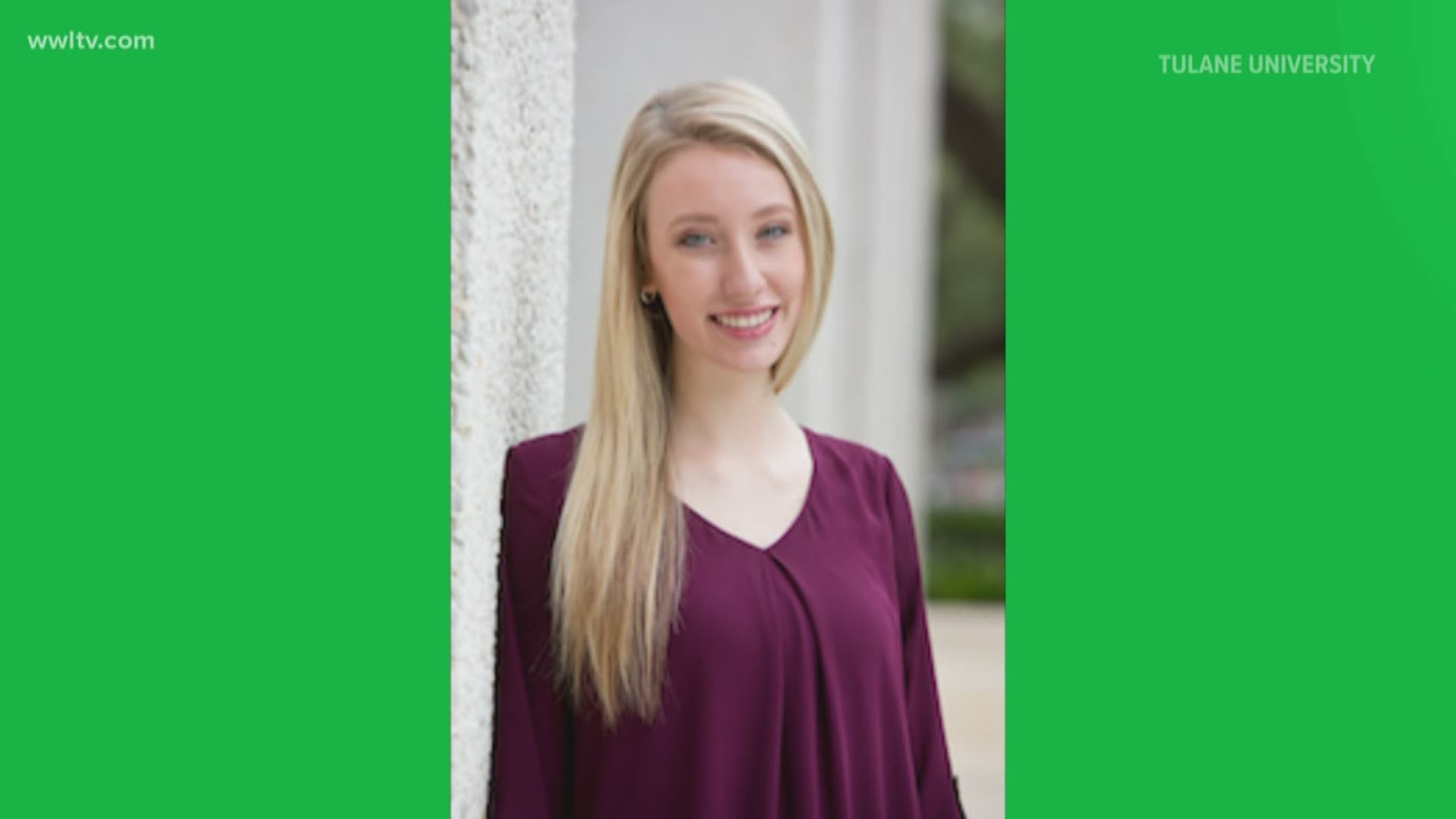 GAUTIER, Miss — Authorities say a Tulane University student was killed at an Interstate 10 rest stop in Mississippi when two tires came loose from a passing tractor-trailer and struck her.

The New Orleans Advocate reports that the accident happened at a rest stop near Gautier, Miss. Officials with the New Orleans school have identified the student as 21-year-old Margaret Maurer, of Forest Lake, Minnesota.

Gautier police say the tractor-trailer was traveling westbound when it lost the wheels, which then crossed the eastbound lanes and entered the rest stop.

Authorities say Maurer and two friends were about to get back into their vehicle when the tires hit her and two cars. The rest stop was closed while the death was investigated. It's unclear what caused the tractor-trailer's tires to come loose.

Maurer was a senior at Tulane University, majoring in ecology and evolutionary biology. She was a Newcomb Scholar who studied abroad in Ecuador, according to university officials.

Tulane University President Mike Fitts, described Maurer as an "extraordinarily gifted student and a leader among her peers."

"She was planning to graduate in May to pursue a career in scientific illustration – a field that combined her skill as a scientist, her incredible artistic talent and her love of nature," Fitts said in a statement.

Gautier lies just west of Pascagoula on the Mississippi coast.

The incident remains under investigation.