Not only are water levels rising, but land is sinking 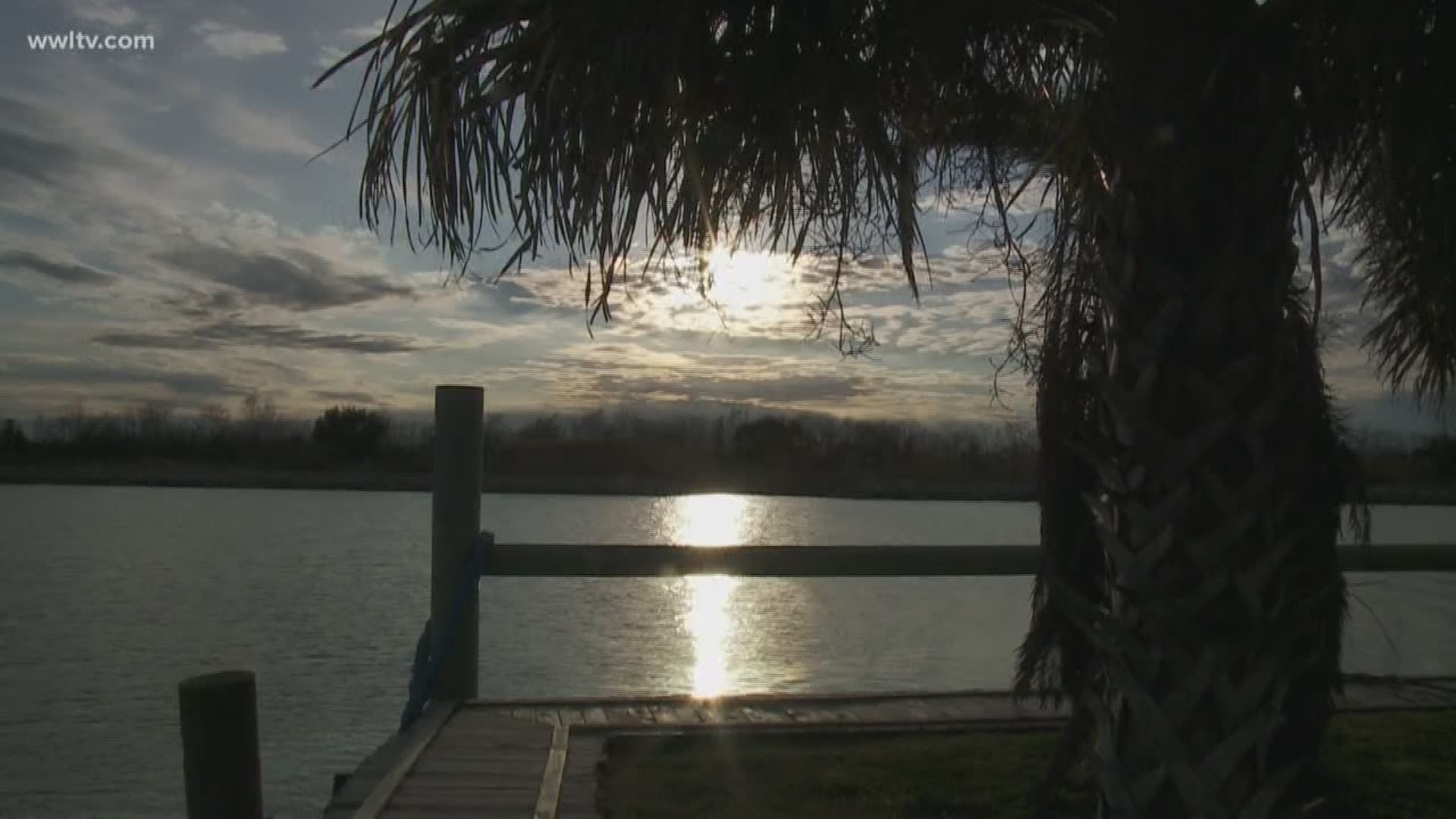 He owns his own business called Nick's Marina. From the water to the Pelicans swimming nearby, Dinet loves Lafitte and can't imagine living anywhere else.

"I don't got to worry about nothing, it's peaceful down here," Dinet said.

With the peace and tranquility, there's concern.

"There are places that I've fished with my grandfather and my dad that's gone. Lafitte didn't flood back in the day, now it's flooding. I've been down here now 20 years, and it seems like it's flooding more," Dinet said.

According to a new Tulane University study, the method used for measuring sea levels should be revised.

Keogh studies Wetland Science at Tulane. Her work is now the focus of a new article published this week in the journal "Ocean Science."

"If you can see the water table-underneath that old camp, well the water constantly rises! And even a ditch, doesn't really help it," Volion said. "If nobody does anything, how long is it going to take for it to get right here."

Today Jefferson Parish leaders announced that they will receive $32 million of state funding to aid in coastal restoration.

Over $22 million in flood protection measures will be dedicated to Jean Lafitte with $11.7 million going to build levees and provide flood protection to Lafitte in the Rosethorne basin area. $11 million will go to Goose Bayou in Jefferson Parish.

The parish also says over $10 million will be used for levee beach stabilization repair work in Grand Isle.

More than $350 million of state funding is being dedicated to Louisiana’s Coastal Program.

“Protecting and restoring the coastlines in our parish is of the utmost importance and I am pleased to see specific funding being dedicated to these projects,” said Jefferson Parish Councilman Ricky Templet, District 1. “Jean Lafitte Mayor Kerner, Grand Isle Mayor Camardelle and I are also looking forward to working with Chip Kline in his new capacity as we aim to improve our coastline.”

"We're known for our seafood. we're known to come and have a good time on bourbon street. But take that all away and it starts from the gulf. We've got to protect it...or we don't have it," Dinet said.