A 40-foot commercial boat and a 24-foot bay boat hit, sending four people into the water near Baptiste Collette Bayou 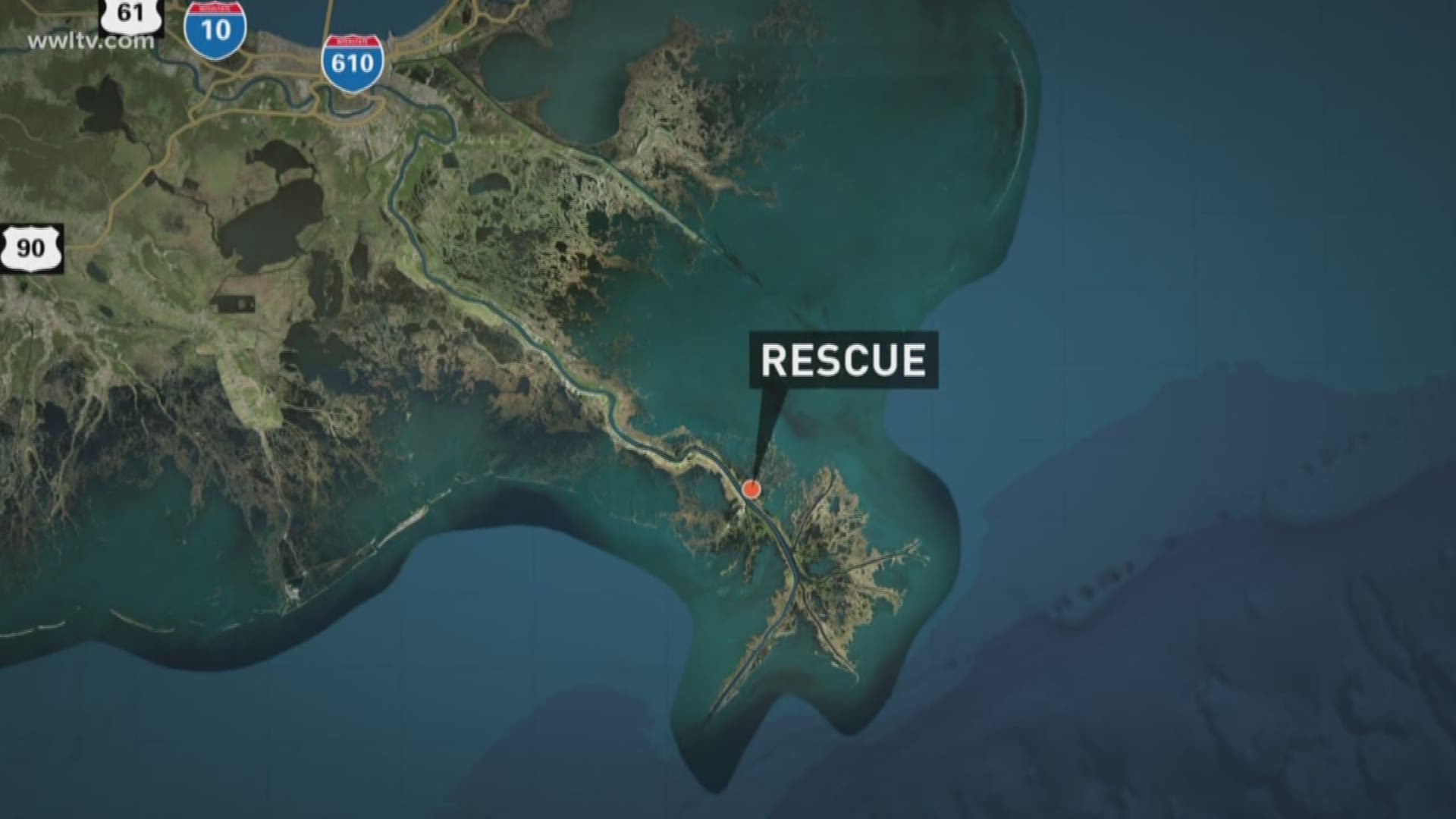 NEW ORLEANS — A two-boat crash on Saturday morning threw a group of people into a channel of the Mississippi River near Boothville-Venice, the Coast Guard said.

According to Coast Guard officials, a 24-foot bay boat and a 40-foot commercial deck boat were sailing near Baptiste Collette Bayou, a channel of the river just north of Venice, around 10:45 a.m. when they apparently collided.

The crash sunk the smaller boat and launched its four passengers into the water. The eight-person crew of the deck boat then threw them life jackets and brought them aboard as a Coast Guard boatcrew arrived shortly after, officials said.

The rescue crew took the four passengers of the bay boat to Ochsner Medical Center in Terrytown. No major injuries were reported.

RELATED: US Coast Guard seizes 35,000 pounds of cocaine in Pacific

The 24-foot boat is now half sunken in Baptiste Collete Bayou awaiting salvage.

Officials said the cause of the collision is still under investigation.