'I never imagined this would be my life right now, not knowing from one day to the next how I’m going to pay my bills and things' 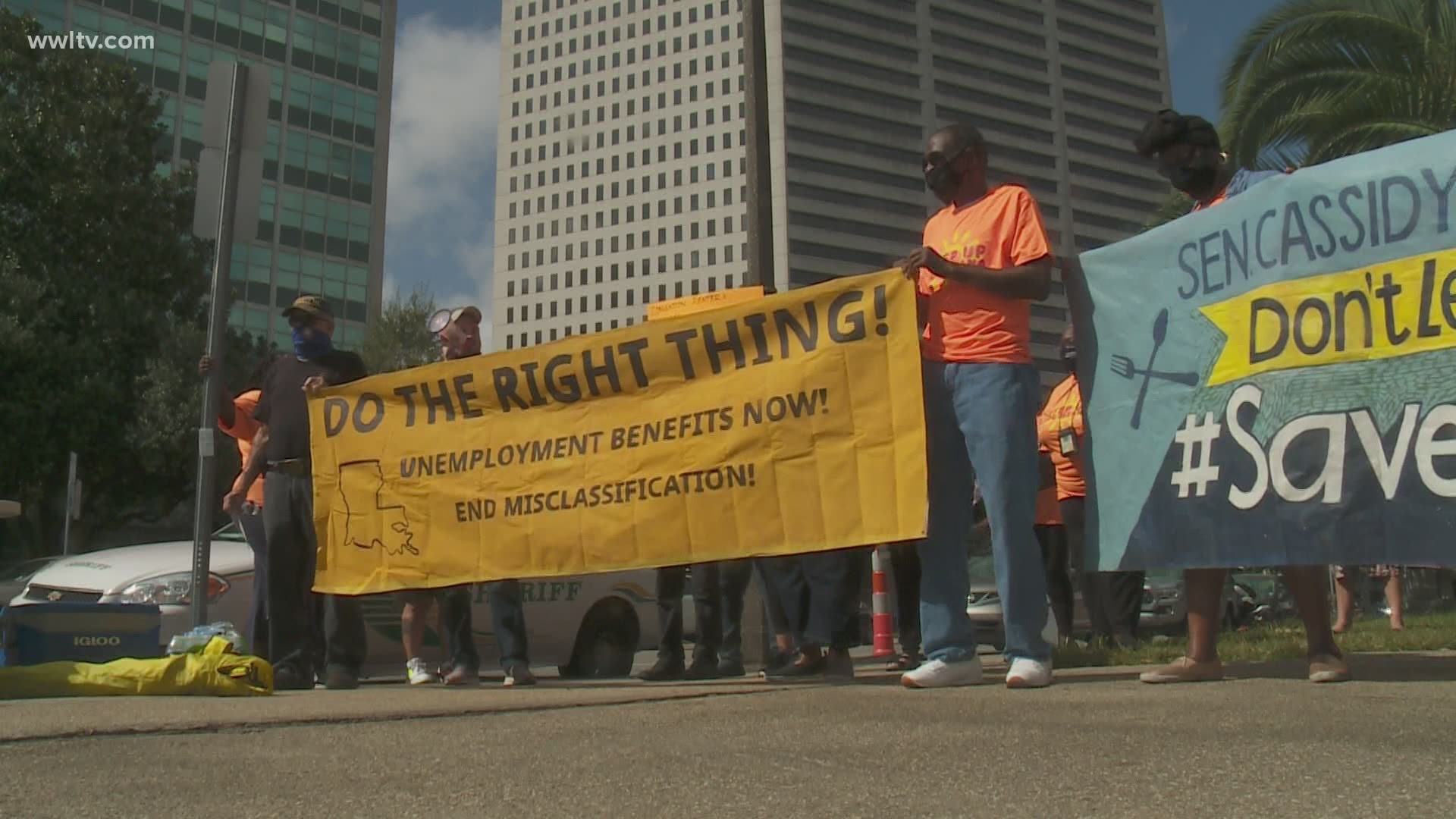 NEW ORLEANS — Senate Democrats on Wednesday blocked a vote on a bill Republicans said would’ve given aid to small businesses and workers hit hard by the pandemic. The $500 billion relief bill was far less comprehensive than the relief package being negotiated by House Democrats and the Trump administration.  It’s unclear if those negotiations will yield more aid before the Nov 3. election.

Local unemployed workers are running out of money and faith in their government.  Before getting furloughed in the spring, LaTanya Howard worked at the Morial Convention Center for 23 years.

“I never imagined this would be my life right now, not knowing from one day to the next how I’m going to pay my bills and things,” said Howard.

On Wednesday, she joined a small group of fellow hospitality workers who have been sidelined because of the dramatic drop in tourism.  They gathered outside of New Orleans city hall pleading for local help.  While past protests organized by Step Up Louisiana called on the federal government to send more relief, Wednesday’s rally called on local entities like the convention center to use their rainy-day fund to help hospitality workers.  Muriel Aveline is an independent tour guide.  She said she’s getting $107 a week in unemployment benefit.

RELATED: Long-term jobless caught in a squeeze that imperils recovery

“That’s $96 after taxes, that’s what I’m getting, because I’m already paying my taxes,” said Aveline.

Tens of thousands of local workers received supplemental unemployment benefits in the first round of Federal COVID relief, but that dried up in July.

For months now, they’ve waited on Washington to deliver a second relief package, but a so-called skinny bill failed to even come to a vote in the Senate on Wednesday.  Republicans blame Democrats.

“It would’ve been an immense help to the people of Louisiana who have fallen on our hard times through no fault of their own,” said Sen. John Kennedy, R-Louisiana.

Aveline said politicians continue to let them down.

“We are the victims of that political divide.  We are at the end of the chain,” said Aveline.

Some of the unemployed workers said reality seems split.  While some people will be scrambling to get into the Superdome this weekend, others will be dealing with a different set of circumstances.

“I would love to be able to afford to a Saints game, but between paying for a ticket to go to a saints game or putting food on the table you have to choose which one is more important right now,” said LaTanya Howard.

Since the summer, both Democrats and Republicans have pledged to send more pandemic aid.  Meanwhile, desperation and bills continue to pile up for many of the unemployed.