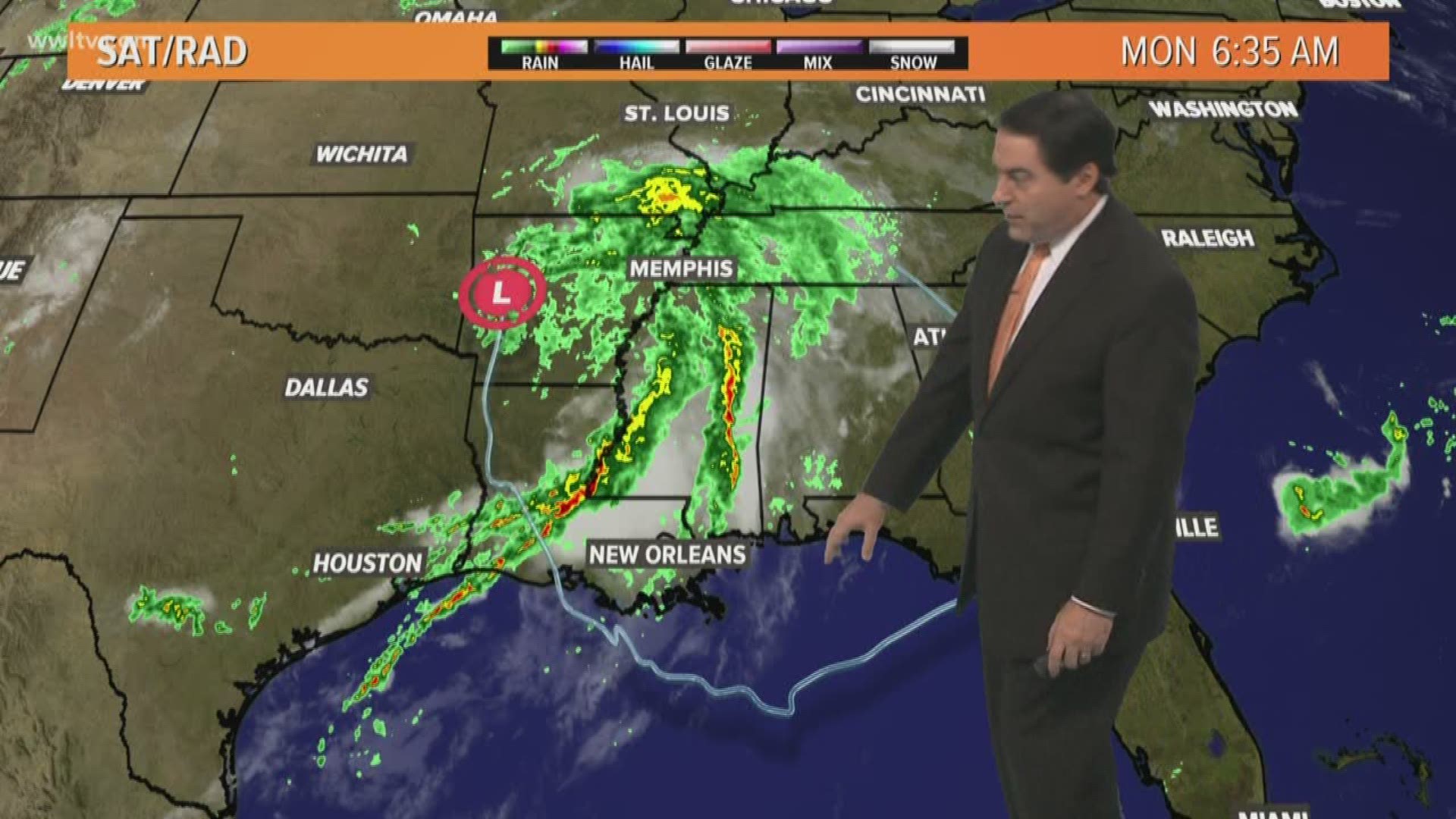 "We sincerely apologize for any inconvenience caused by this temporary relocation of services," a statement from the postal service said.

Forecasters warned of a continued threat of heavy rains into Monday as the center of the storm trudged inland. The U.S. National Hurricane Center said Sunday parts of south-central Louisiana could still have rainfall totals of up to 12 inches, with isolated pockets of 15 inches.

New Orleans Mayor LaToya Cantrell said Sunday the city was "beyond lucky" that rainfall there fell well short of early predictions of a deluge that could overwhelm the city's pumping systems.

"We were spared," she said at a news conference while noting the city was ready to help nearby parishes hit harder.

Download the FREE WWL-TV News app now in the iTunes store or on Google Play for tropical weather updates through hurricane season.