VERIFY: Does a viral graphic show 'The problem with Congress?'

A viral chart is going around online claiming that "the problem with Congress" could be the percentages of millionaires, white men and members older than 55. 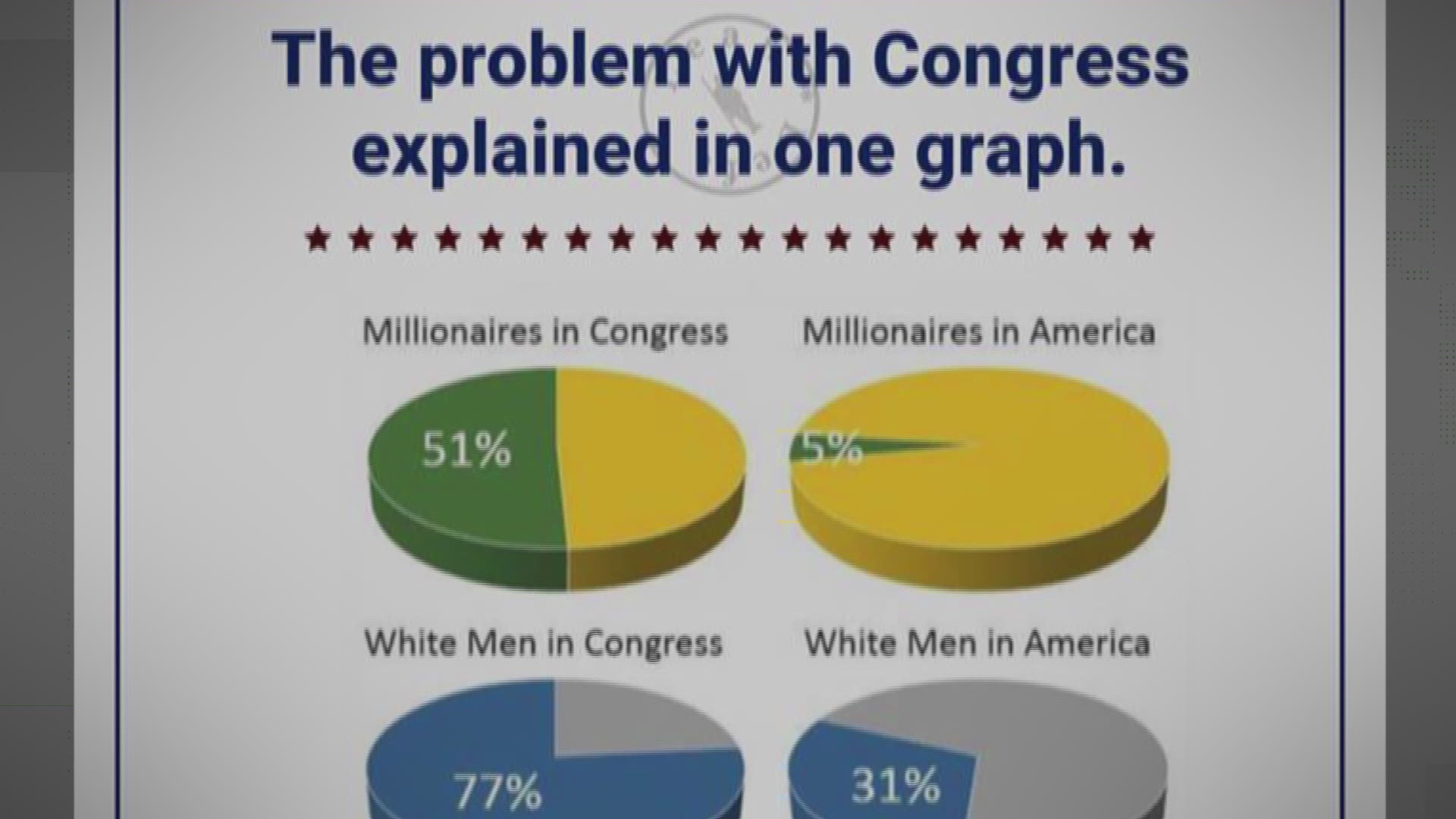 An image circling around on Facebook and social media has a compelling headline:

“The problem with Congress explained in one graph.”

The only problem, the numbers are either outdated or wrong.

No, a few of the numbers aren’t far off, but none of them accurately reflects the data for the 116th Congress that is currently in session.

The numbers for Congressional members who are millionaires and the percentage of white men in Congress have both decreased.

The percentage of women in Congress and of lawmakers older than 55 have both gone up.

The image claims that 51% of Congress are millionaires.

Data from Rollcall.com, which has been tracking the net worth of Congressional members since about 1990, shows that the number is lower. Their data shows that only about two-fifths of Congress has a net worth of one million dollars or more.

Next, the claim that 77% of Congressional members are white men. That number is exaggerated by about 10-13 percent.

Pew Research Center Data shows that 77% number is actually the percentage of all white members of Congress - including women.

Next, the total number of women in Congress. The image says 20% are women but data from Legistorm show that is incorrect.

Legistorm is a database that collects Congressional information and they show that the House of Representatives is about 24% female and the Senate is about 25% female. That’s not the biggest difference, but it is more than the 20% shown in the image.

Finally, the claim about age. The image says that 67% of Congress is older than 55.

Legistorm data shows that number is actually low. According to their records, about 87 Senators and 343 Representatives are over 50.

They don’t break down those numbers to show how many members would fall between 50-55, but that’s still nearly 80% of Congress who are beyond 50 years old.