Verify: Louisiana is NOT losing a football field of land every hour

As a part of its continuing series of fact-checking reports called “Verify,” WWL-TV is looking at the claim that Louisiana is losing a football field of coastal wetlands per hour. 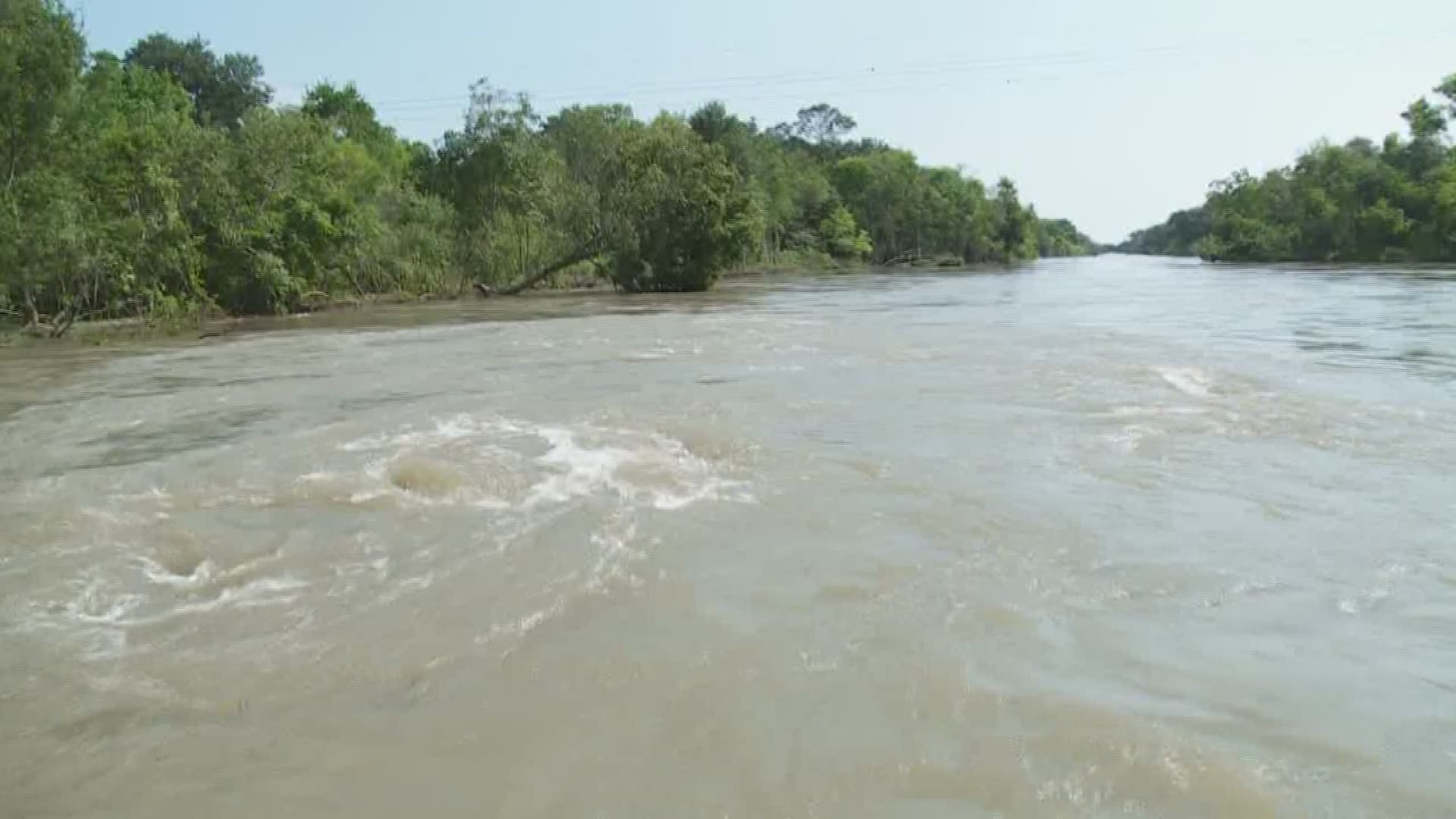 NEW ORLEANS -- As a part of its continuing series of fact-checking reports called “Verify,” WWL-TV is looking at the claim that Louisiana is losing a football field of coastal wetlands per hour.

The claim has become popular beyond the scientific community, in large part because of a television ad that aired during the Super Bowl broadcast in 2014. The ad, by America’s WETLAND Foundation, said, “Louisiana is losing a football field of land every hour to coastal erosion.”

After analyzing the data on which the claim is based and speaking with scientists who track coastal wetlands issues, WWL-TV concludes the oft-repeated statement in the ad is false and was false at the time the Super Bowl ad aired.

Louisiana is not losing a football field of coastal wetlands “every hour.” In fact, it never has lost land at any constant rate that would show itself “every hour.” But over the 25-year span from 1985 to 2010, it did lose about a football field per hour, on average. That was confirmed by an official government report from the U.S. Geological Survey in 2011. The lead author, geographer Brady Couvillion, explains why the popular phrase isn’t exactly right:

“The truth is the rate of change is constantly changing. There are many hours that go by where there’s no change, or even positive change, and then there are hours which have passed, during a hurricane for example, where hundreds or even thousands of football fields worth of land have been lost in a single hour…. That is not to say that the current rate of loss is a football field an hour.”

The amount of land Louisiana has lost in a relatively short period of time – at least on a geologic time scale – has been astronomical since aerial images made more accurate tracking possible starting in 1932. Over less than 80 years, the state lost more than 1,800 square miles of wetlands, one and a half times the area of the whole state of Rhode Island – or almost 1 million football fields.

But Couvillion’s report from 2011 was already noting a general slowing of the land-loss trend, down from a high rate of loss in the 1970s. The only reason the rate from 1985 to 2010 reached a whole football field per hour was that it was skewed by the drastic flooding and destruction caused by Hurricanes Katrina and Rita in 2005 and Gustav and Ike in 2008. The data collected after the storm-induced flooding had subsided showed the state actually added a net of around 200 square miles of new land between late 2008 and late 2010.

In the report, Couvillion actually references the fact that the average annual land loss of 16.57 square miles from 1985 to 2010 works out to about a football field per hour. But he said he has mixed feelings about the analogy.

“We hate that it’s oversimplified, but I also love that it has provided the public awareness of the problem that it has,” he said.

That’s all America’s WETLAND was trying to accomplish, said the foundation’s senior adviser, Sidney Coffee.
“It’s a metaphor to help the public understand,” she said. “The problem is it’s so complex – why you do certain projects in a certain area – it’s hard to grasp it.”

But Chris McLindon, a petroleum geologist who has studied the state’s coast for oil and gas companies for 36 years, said it’s dangerous to accept a previous average rate of land loss as the current conditions.

“Creating a sense of doom and gloom that we’re losing the whole coast when it’s really specific areas of concern we need to look at,” McLindon said.

Louisiana has poured millions of dollars into coastal restoration projects and is lining up new projects using an infusion of even more money from a court settlement of natural resource damages caused by the BP oil spill.

But Coffee called it “ridiculous” that those projects might not be properly targeted because of the popular misperceptions about the football field analogy, as McLindon suggests.

“Don’t think for one second that using this metaphor is going to affect the real coastal restoration effort,” she said. “All of that is based on science and real comprehensive projects.”

And Bren Haase, the chief of planning and research at Louisiana’s Coastal Protection and Restoration Authority, confirms that the science behind the projects won’t be swayed by any popular phrase he calls a “communication tool.”

“It really doesn't impact how we use science and technical expertise to evaluate what are the right things we need to do along our coast,” Haase said.

Still, he said the state would benefit from better data, including more monitoring of water levels and new land-area measurements that aren't six years old.

Couvillion, the USGS scientist, said he’s recently completed a new survey with fresh data showing how much coastal wetlands Louisiana has lost or added in the six years since his last report. He said the rate of loss has definitely changed, but he can’t give any more details until the report goes through a full scientific review process. The federal agency says it expects that report to be released in the next three to four weeks.

Several independent experts told WWL-TV they expect the report to say the land-loss rate has continued to slow since 2010, thanks to a number of natural and man-made factors – including fewer destructive storms in the last six years, more coastal-restoration projects under way and a reduction in near-shore oil-and-gas development.