He is asking for compensation in excess of $75,000, claiming the officers violated his constitutional rights and the NOPD was negligent in hiring them. 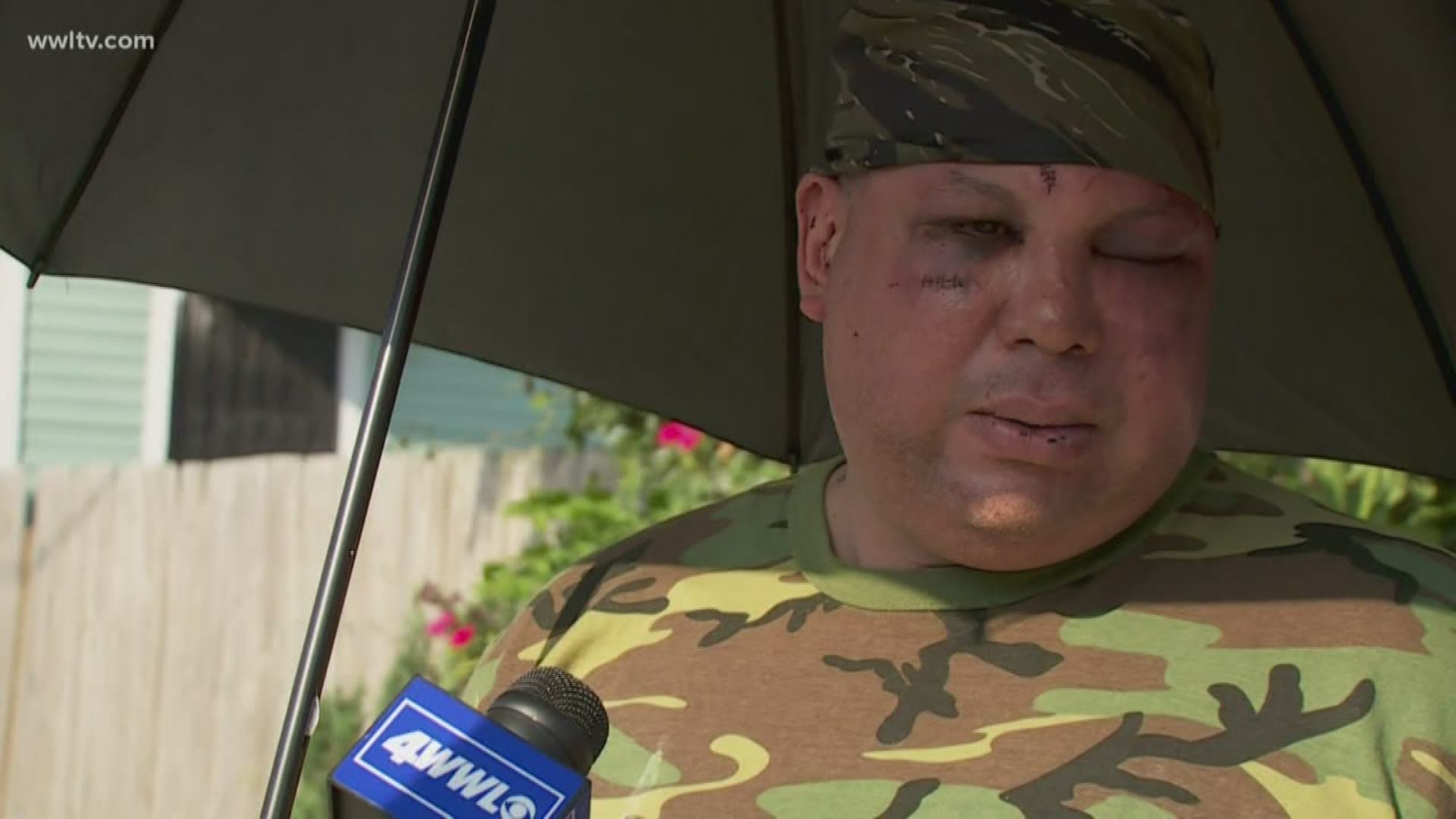 NEW ORLEANS — A National Guard veteran who was beaten by a pair of rookie NOPD officers near a Mid-City bar after they allegedly mocked him for his ethnicity filed a lawsuit Wednesday against the officers and the police department.

Jorge Gomez is asking for compensation in excess of $75,000 in a suit against former officers Spencer Sutton and John Galman, and the city of New Orleans. In the suit, he claims his rights were violated when he was confronted and then attacked by the then-officers and that the New Orleans Police Department failed to properly train them.

"When you have that level of authority, there needs to be proper vetting in place, and there are some very very good people in law enforcement that wake up every morning where their sole goal is to protect you and me from the bad guys and when these types of things happen such as what happened to my client, that's a significant problem,” Attorney Diana Fitzgerald said.

Galman was sentenced in April on charges of misdemeanor simple battery. He was sentenced to a year of probation and was ordered to pay $5,000 in restitution to Gomez.

The simple battery case against Sutton is pending. No hate crime charges were ever filed against the two former NOPD officers.

Both were fired from the NOPD the day after the incident.

According to Gomez's lawsuit and police reports from the NOPD, Sutton and Galman were drinking at Mid-City Yacht Club while off duty on July 24, 2018 when the pair approached Gomez, who was wearing military fatigues and a Honduran green beret hat.

The officers began accosting Gomez, and began "bullying him" about his military service, ethnicity and heritage, according to the lawsuit.

The officers then took his hat and left the bar, prompting Gomez to chase them in an attempt to get his hat back. Galman and Sutton reportedly beat him outside the bar, refusing to let him leave when he tried to escape in his car. Once Gomez was ordered out of the car, his lawsuit alleges, he was beaten unconscious.

Gomez is now suing them for violating his constitutional rights and causing continual physical and mental injuries.

He also named the NOPD in his lawsuit, alleging that the department did not properly train the officers to avoid violating constitutional rights and failed to supervise them.

He also alleged Sutton and Galman were treated more favorably as NOPD officers, and were allowed to go home change out of clothes that "contained evidence of the severity of their crime" while Gomez was interrogated in his hospital room.

Gomez has demanded a jury trial for the eight-count lawsuit. He is also asking the NOPD to release public records related to the incident, alleging the city's delay in processing the request is unreasonable and illegal under Louisiana's public record laws.

'We put out a public records request some time in late May and we still haven't received the documents that we requested," Attorney Diana Fitzgerald said.

In response to a request for comment from WWL-TV, a spokeswoman for the city said the department took "decisive actions" to terminate the two officers after the incident was investigated.

“While the NOPD generally does not comment on pending litigation matters, members of our department are expected to comply with the law at all times and adhere to the highest standards of professional conduct, whether on- or off-duty," New Orleans spokeswoman LaTonya Norton wrote. "In this case, the swift pace at which the Public Integrity Bureau investigated this incident and the decisive actions taken by the department to arrest and terminate these individuals clearly demonstrates NOPD’s refusal to tolerate such behavior.”