According to the owner, the police never showed up. As for the driver, he didn't have all the information he needed. 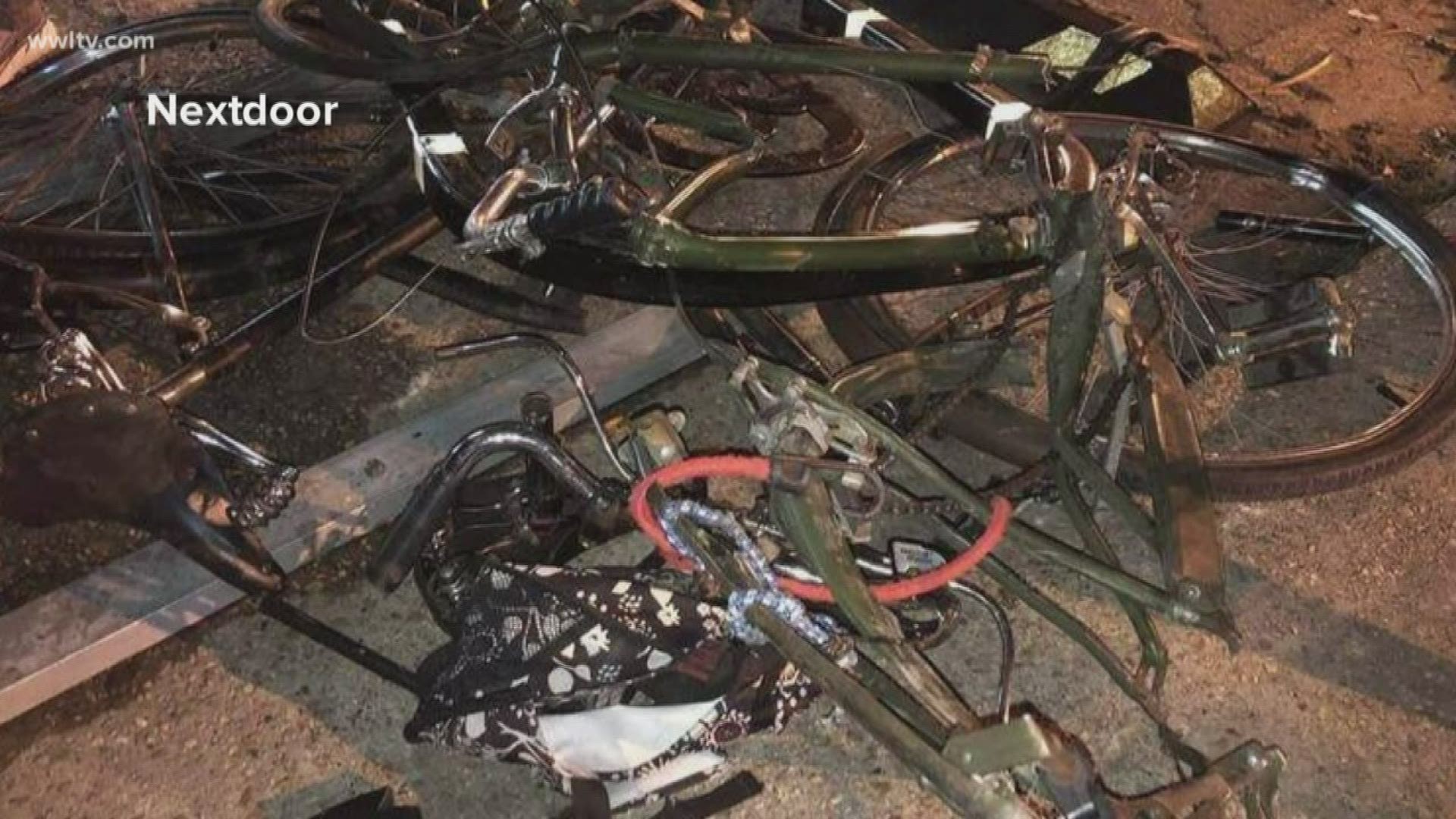 NEW ORLEANS — It was a near miss.  A pickup truck almost took out two pedestrians standing on the sidewalk on N. Carrollton Avenue last Friday night, and it was caught on video.

Moseley is the owner of Blue Oak BBQ.  His security camera captured the speeding truck make an extremely wide turn and smash into a bicycle rack outside the restaurant.

"I think there were four or five bikes that got completely destroyed," he said.

A bystander called the police while a security guard detained the driver.

"We're not sure if he was under the influence, but judging by the video it was a pretty silly turn," Moseley said.

Moseley and others waited for police to show up, and waited, and waited.

"He held the guy, the longest they can hold him is about an hour, and we waited about an hour and a half and nobody showed," Moseley said.

According to the owner, the police never showed up.  As for the driver, he didn't have all the information he needed.

"The ID he had was just an ID card and not an actual driver's license, and I don't believe he owned the car," Moseley said.

Eventually, they had to let him go, leaving behind a pile of mangled bicycles.

ALSO: He rushed to aid crash victim in Metairie, now he has dozens of face fractures, broken nose

One of those bike owners said he got tired of waiting for police. So, the next morning some bicycle owners went down to the police station and filed a report.

"Fortunately, that was all that was damaged, it was just a bike rack, it was a good bit of money to get installed but we're just fortunate that nobody got hurt," Moseley said.

The owner of Blue Oak added that police are usually pretty good about responding. This time, however, he doesn't get why they didn't' show, or why they haven't at least come to get the video.