The video will make you gasp. In it, a man is seen walking around Bourbon and Dumaine streets, choosing random targets, then hitting them. 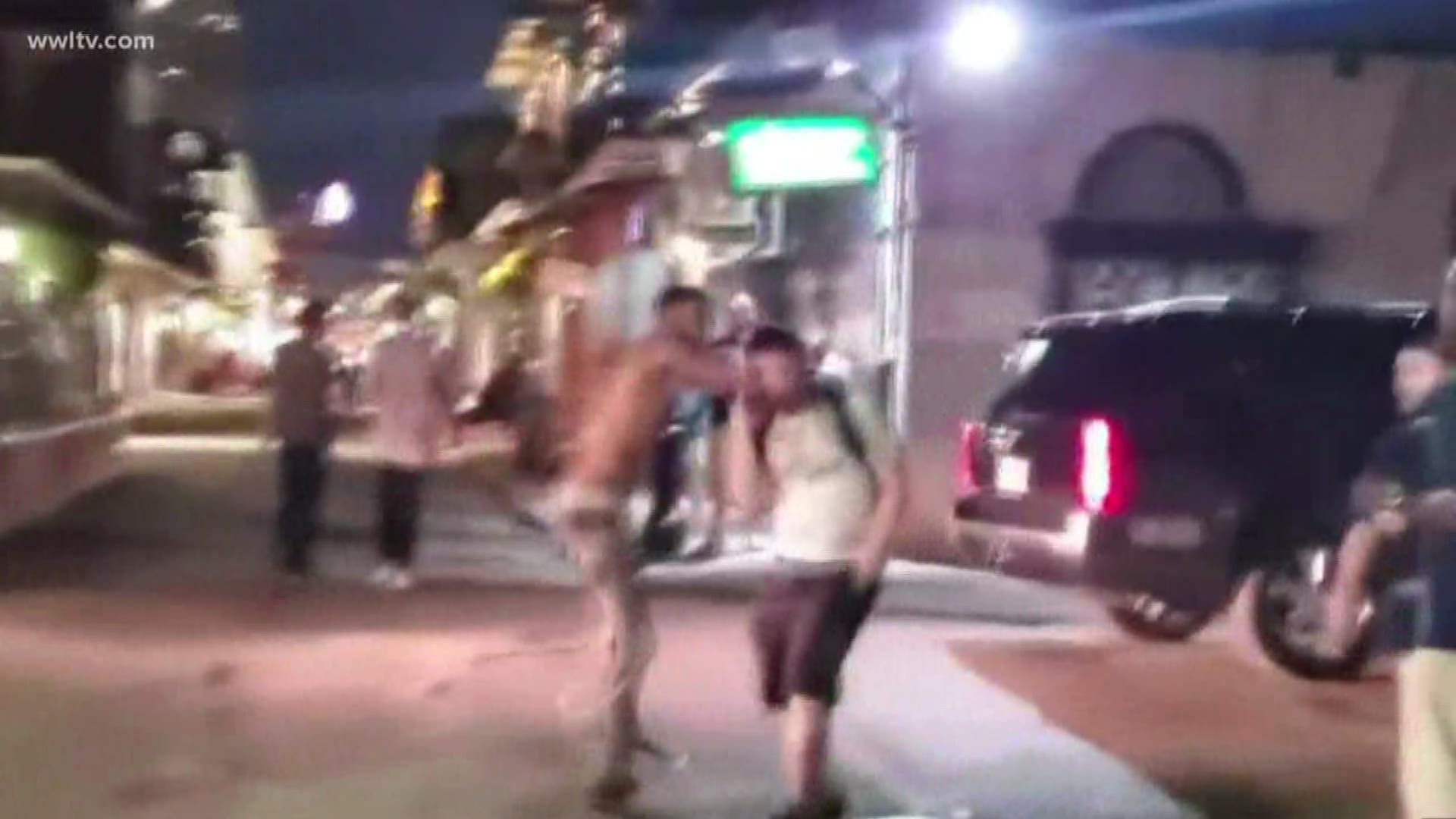 Louisiana State Police say the attacks happened around 11:40 p.m. on June 12 in the 900 block of Bourbon Street. Police say 25-year-old Ray Julien reportedly attacked seven people before officers found him on Chartres Street and had to use a stun gun to take him into custody.

"This man was terrifying," said Dawn Kesslering. "All he wanted to do was hit people, he didn't care."

Some of the attacks were captured on cellphone video, and it will make you gasp. In the video, a man is seen walking around Bourbon and Dumaine streets, choosing random targets, then hitting them.

"I saw him punch four people," said Kaliecia Smith, who added that she was in the French Quarter while celebrating her birthday.

Julien was booked with one count of resisting an officer and seven counts of simple battery.

"My one thought was, 'you hurt my friend and you can't get away with it and we won't let you do this here in our community,'" said Smith.

That friend, Kesslering, says he came without warning.

"I fell on the ground," Kesslering said. "I got up and my hands were numb and in pain and I realized a man struck me. This was a random act of violence and it's a misdemeanor. It's not a misdemeanor to me because I went to the hospital. So my question is, 'how do you prevent this man from hurting someone else?'"

The two are still trying to make sense of it, but say the situation taught them that there is good in people.

"You have everybody: black, white, tall, short, old trying to stop him," said Smith. "We were trying to stop him without hurting him altogether. Just one person is broken doesn't mean the French Quarter is scary."

And while those targeted try and heal, their message to others is to be on the lookout, because this random act, they say, could happen to anyone, anywhere.

"If something like this happens to people, say something, do something," said Kesslering.