After a recent increase in shootings, the Bogalusa Police Department is asking for the public to help reduce the violence. 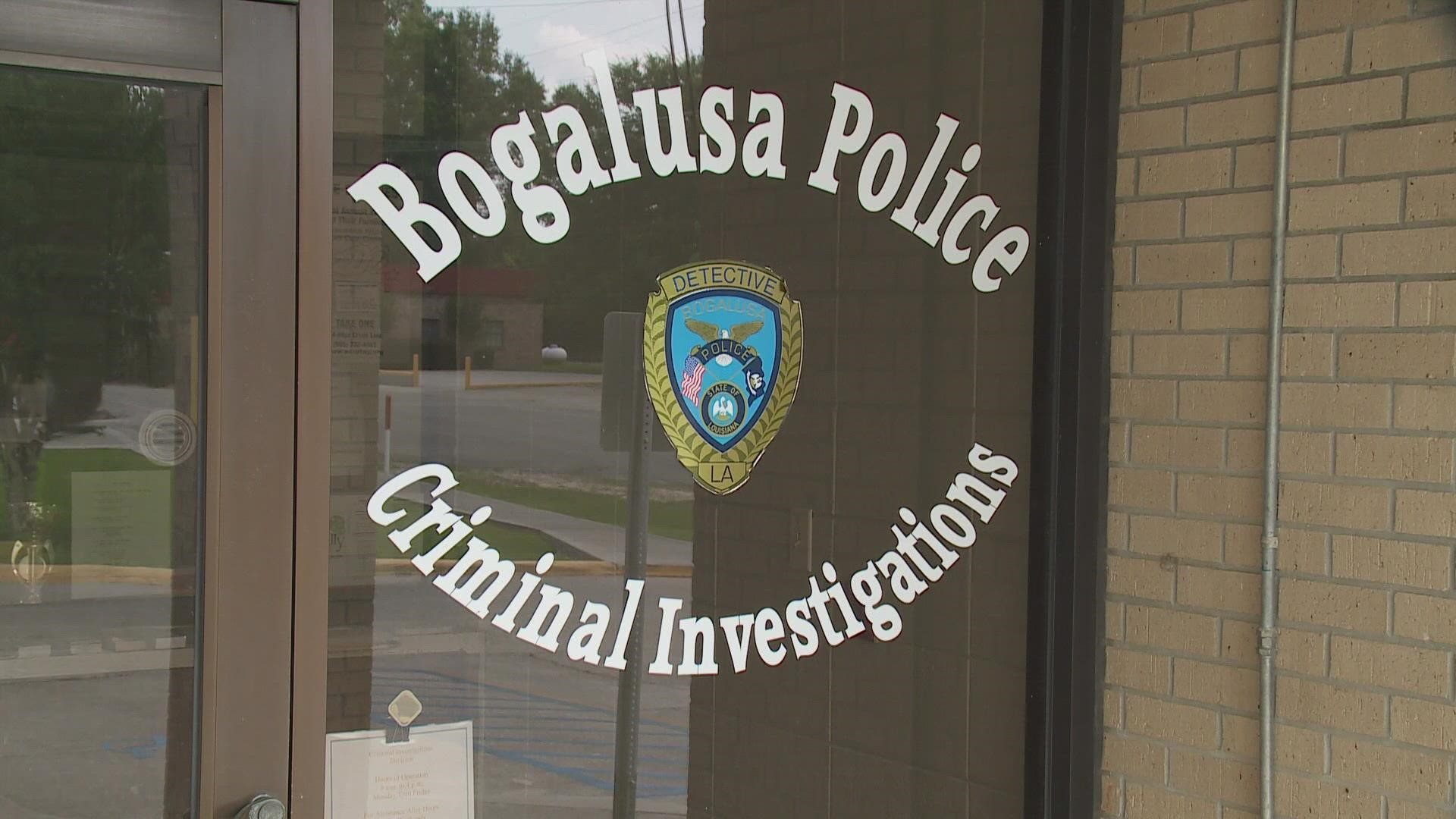 BOGALUSA, La. — Most of the bullet holes are covered up, except the one in the window, outside the Bogalusa apartment where 21-year-old Typolia Peters Jr. was killed Aug 8th, leaving behind two unborn children.

“My world just shattered right there,” said Peters’ father Typolia Peters Sr. “He meant everything to me.”

Peters Sr. buried his oldest son over the weekend and says every day since his death has been hell.

“Every morning I’ve got two pictures in my face of my son. That’s when he was laying in the hospital bed with a tube in his mouth, lifeless and when he’s lying in the casket, lifeless,” said Peters.

Peters death is one of the recent violent crimes Bogalusa Police say the city is seeing a spike in. Another deadly shooting happened Monday afternoon. Police say 18-year-old Bogalusa High School senior Aaron Brown was gunned down after getting off a school bus.

“What we have now is a car pulled up and I don’t’ know if it was from the car or they got out of the car, but he was shot multiple times,” said Major Wendell O’Berry.

Major Wendell O’Berry says these deadly shootings come as the department deals with non-deadly shootings daily, often during the day, mostly involving 16 to 20-year-olds and all of it senseless.

"Every time I come to work, I go over reports and I expect to see shootings from the night before. It’s common. Too common,” said O’Berry.

So far this year Major O’Berry says there have been five homicides in Bogalusa. The two recent ones are unsolved, but O’Berry says they shouldn’t be. He says fear and mistrust prevent people from coming forward.

“The public has to trust us. We’re not your enemy. We want to stop it. We want to have a better community, but we can’t have that if people just ignore it,” said O’Berry.

“We’re going to take this city back,” said Rhonda Arinde, Vice President of the Washington Parish NAACP which is calling on outside agencies to help BDP get the violence under control.

To help build trust, Tuesday the police department teamed up with community leaders like Arinde, taking their message of trust to kids at Bogalusa High School.

“We’ve got to get it under control. It hurts me to my soul became I’m a mother myself and we have to teach these children that violence is not the way,” said Arinde.

“What this violence is, is it’s stupid. It’s over nothing,” said Peters.

Nothing, that turns into devastating realities for families.

The Bogalusa police department has an anonymous tip line for folks to call in with information. That number is 985-732-6238, option 9.