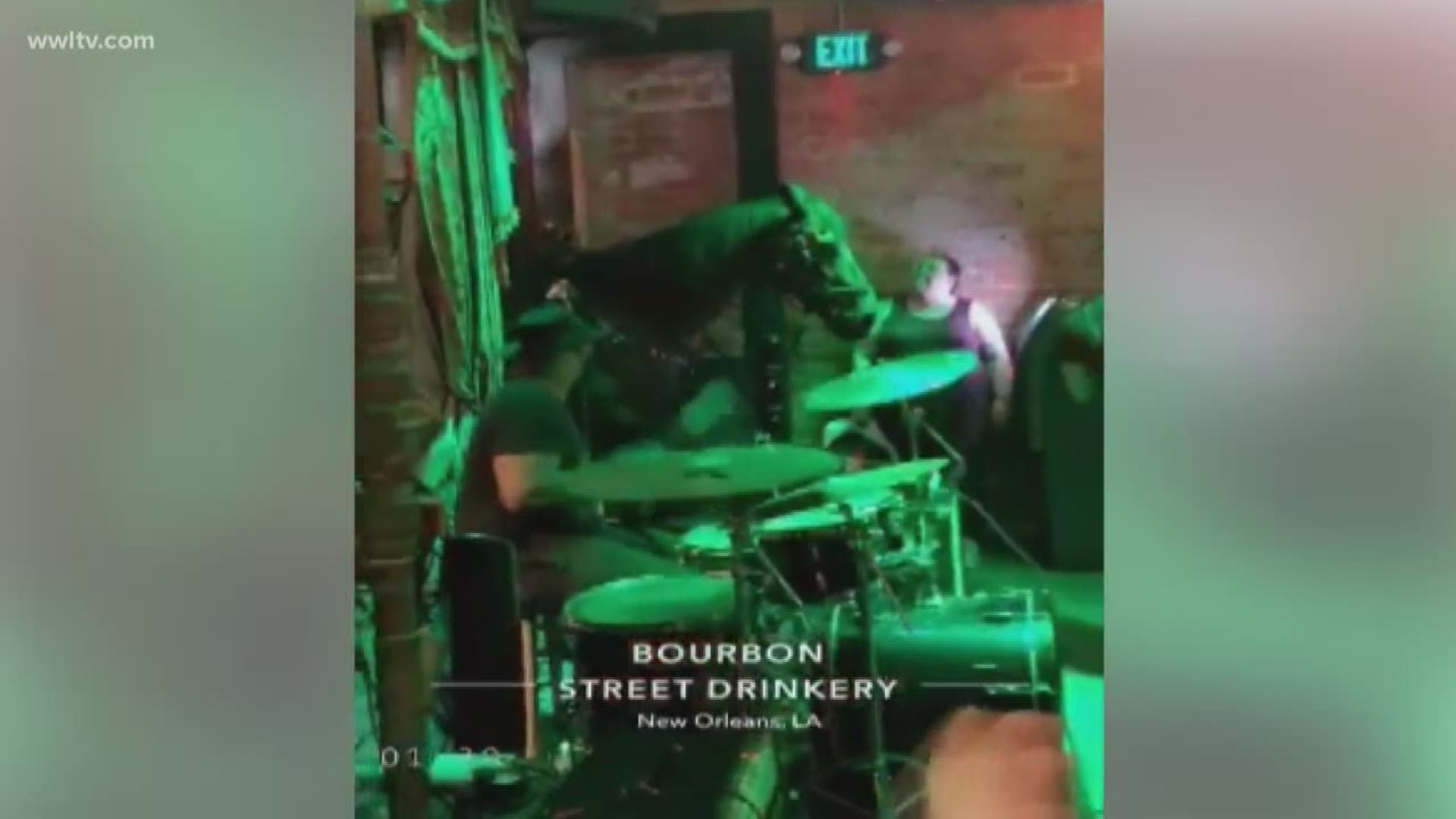 Long-time musician C.J. Edwards has seen a thing or two but nothing quite like what happened early Sunday morning at the Bourbon Street Drinkery.

“I’ve never seen a horse come into a club to dance,” said Edwards, who was playing drums that night. “We must have played one of his favorite tunes because he rushed in there.”

The song his band was playing, you likely know it, Old Town Road. The song - made popular by Lil Nas X and Billy Ray Cyrus - has the lyrics “take my horse to the Old Town Road” and shows a horse throughout the music video.

“Even the horse felt the music,” said Edwards.  “He came in and was just nodding his head and dancing and it was touching.”

The video clearly shows the horse in an NOPD horse. We found out it’s name is Ace. Ace’s partner in crime-fighting is NOPD Officer Joseph Jones.

“That particular night (the band) happened to be playing Old Town Road so (Ace) had to go up there to find out what was going on,” Jones joked. “He realized there was no end of the road up there so he backed out and went back to work.”

RELATED: Meet the newest members of the NOPD's Mounted Unit

The perfect timing of it all made for a funny moment but it is also part of the horse’s training.

“We give the horse certain commands when the music is playing and we are having fun with the crowd as well,” said Jones. “So it’s mainly making sure we are able to maintain control in any type of situation.”

Ace is no stranger to fame. The 17-year-old horse first went viral awhile back when he started dancing at a school. Again, even the dancing is part of the training.

“It looks as if they are dancing but it’s part of their training to make sure we can control the crowd,” said Jones.

Jones is glad he and Ace were able to make folks laugh, especially after a weekend where there wasn’t much to laugh about.

“It’s more good news than bad news,” said Jones. “And this just one way we can show that we can all get along together.”