Minyard was known as "Dr. Jazz" for his trumpet-playing and colorful style, but his work as coroner also frequently put him at the center of controversy. 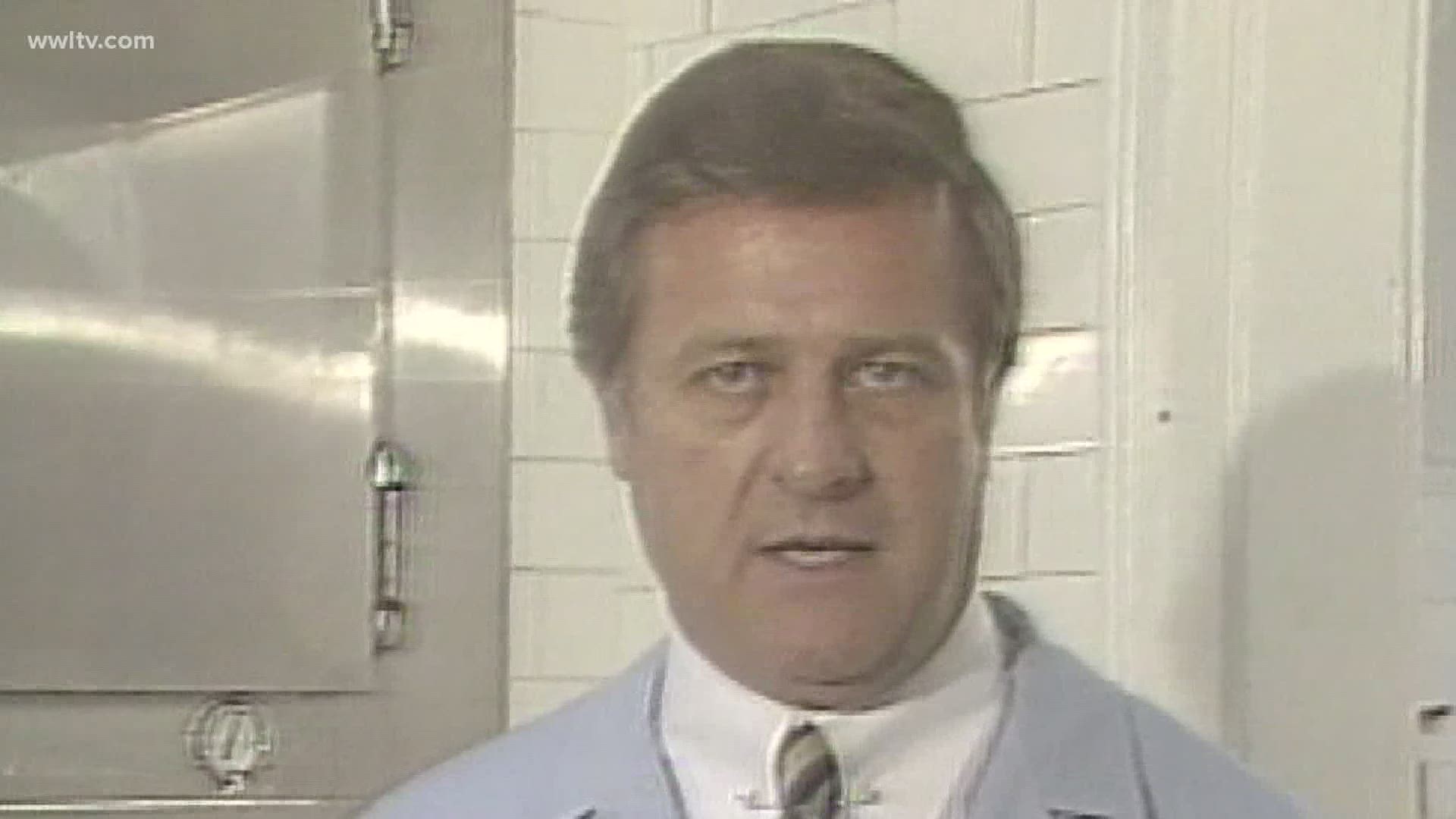 NEW ORLEANS — Dr. Frank Minyard, the trumpet-playing Orleans Parish coroner whose 40 years in office put him at the center of controversy as well as at the forefront of public health battles against drugs and violence, died Tuesday. He was 91.

His daughter Michelle told The Times-Picayune | New Orleans Advocate that Minyard died at his home in Folsom. He had been suffering from congestive heart failure, she said.

Minyard was elected coroner in 1974 and served an unprecedented 10 terms in office before retiring in 2014 as the city's longest-serving elected official.

A gynecologist by profession, Minyard had no formal training as a pathologist or in forensic science. Critics often cited that when saying he had to rely on others to classify deaths and oversee the more than 1,500 autopsies that his office sometimes saw in one year. Minyard would point out that Louisiana law does not even require parish coroners to be a doctor, however. The state allows non-physicians to serve as coroner if no licensed doctor runs for the post.

Also countering the criticism, Minyard frequently said that it was important that his office serve the living and not just the dead.

"Don't call me a politician. I don't think I'm a politician," he told the PBS program Frontline in 2010. "I'm more of a community servant. I look upon myself as someone who loves his community, and I serve it the best way with the gifts that God has given me. And this job as coroner is part of that."

Early in his tenure he instituted a drug-testing program for newly admitted prison inmates. He was outspoken about gun violence, speaking out for gun control and against child abuse. His office famously issued pink bumper stickers asking, “Have you hugged a child today?”

"I think it's the beginning of public health," he said the PBS interview. "I think the coroner's office can be used to be the very beginning and can filter these various problems to the right agencies to do help."

In recent years, Minyard was also criticized by some for not asking the City Council for more money and equipment for his office.

He was also criticized for routinely siding with law enforcement when classifying deaths of people who had been in custody or died at the hands of police or sheriff's deputies.

Minyard was coroner during and after Hurricane Katrina, which forced he and his staff into temporary offices where they handled the bodies of hundreds of unclaimed victims in a temporary morgue in St. Gabriel, La. Later, he worked with community leaders and local funeral home owners to raise more than $1 million in public and private funding for a Katrina memorial for victims whose bodies went unclaimed. The city hosts an annual service on Aug. 29 at the memorial located on Canal Street.

Minyard could be colorful and eccentric, wearing blue jeans and cowboy boots in the office and calling himself a "simple country doctor." In an early campaign for office, he also labeled himself "Dr. Jazz," a trumpeter who donned a white suit for promotional photos and performances in bars and churches, where he perform his music and campaign for votes.

"In the bar, I get the trumpet out and get on the bar and play 'Saints.' In church, 'What a Friend We Have in Jesus,'" he said in a 2014 Times-Picayune interview. "I think the trumpet does more to get me elected than my background in medicine, or my experience."

He said he learned the play the trumpet by ear. He befriended music greats Pete Fountain and Al Hirt and in the 1970s, he brought a young pianist on stage to join him at performances. That young man was Harry Connick Jr., son of the city's District Attorney. According to the newspaper, Connick was nine when Minyard first brought him onstage to jam.

A native of New Orleans, Minyard graduated from Holy Cross High School, where he was captain of the basketball and football teams. He earned undergraduate and medical degrees at LSU, and he served in the Navy.