Mouton: Can't tell much about Taysom in Broncos' game but defense, run game did shine

The Saints should feel very good about this number and in the last four games, they've given up exactly one total touchdown and just seven points a game. 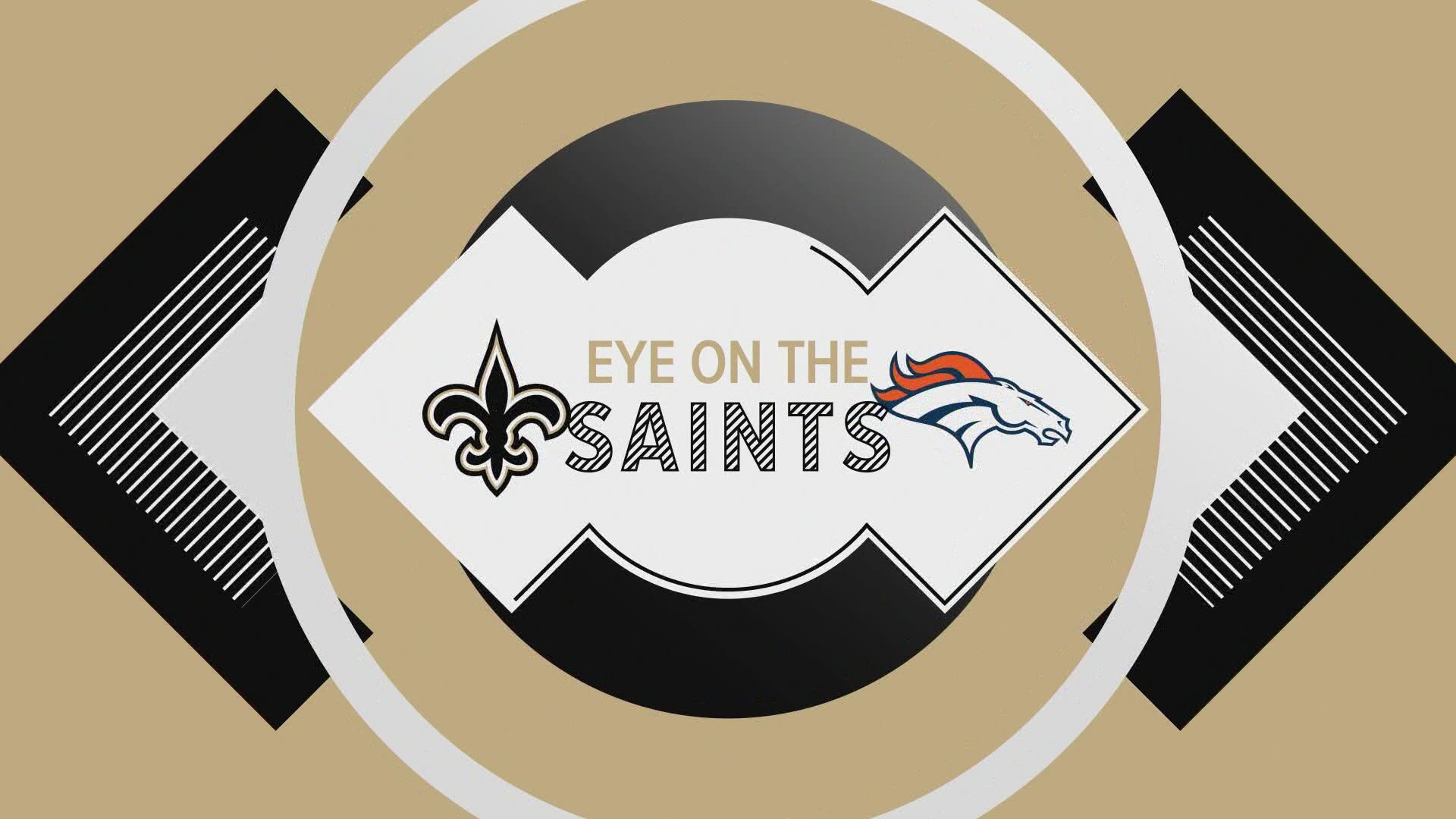 NEW ORLEANS, Louisiana — I'm not sure a Saints blowout win has ever been less fun to watch.

John Elway and the Broncos broke the NFL’s covid protocols and the league made an example out of them and we all had to watch.

4 - We start our takeaways on with a terrific defensive effort that didn't really tell us anything.

Denver gained 112 offensive yards which dropped the Saints  average allowed  to 284.9 a game.

Best in the NFL.

The Saints should feel very good about this number and in the last four games, they've given up exactly one total touchdown and just seven points a game.

Kendall Hinton and the Broncos offense was so bad that honestly any NFL defense could have stopped them.

The NFL forced the Broncos to put an embarrassing offensive product on the field.

Hill's numbers were terrible, he threw for just 78 yards

With a quarterback rating of 43.2, which is really bad but Sean Payton took the blame.

He said the Saints went so conservative knowing what Denver had on offense that you can't blame Taysom Hill for not putting up better numbers.

In two starts, Hill's quarterback rating is 88.9 which in a full season, would be the 25th best in the NFL. Not great the jury is still out.

2 - The Saints are playing big boy football in a really impressive way.

Sunday with the Broncos so obviously inept on offense, Sean Payton dialed back his play calling and went super conservative and it didn't take long to figure that out.

The point is a pretty good Broncos defense knew the Saints were going to run right at them.

The Saints did and Latavius Murray and company had a boatload of success.

Those are season highs.

They only did that three times last year.

Big boy football is who this team is and they're good at it.

If you go back three months we didn't know how the virus would effect actual games.

It seemed very possible that teams could be missing entire position groups for a game that the virus would drastically affect a lot of games but as it turns out the NFL has had to move times and dates around.

But the actual competitive balance of a game hasn't been affected by the coronavirus until this game.

As covid positives rose across the league the NFL clearly wanted to drop the hammer.

They penalized the Saints a draft pick for an unmasked locker room celebration.

Denver never had a chance Sunday, the NFL made sure of that.

That's an extreme penalty designed to send a message League-wide.

My hope is NFL teams listen because I don't want to ever see another game like this one It just wasn't any fun..